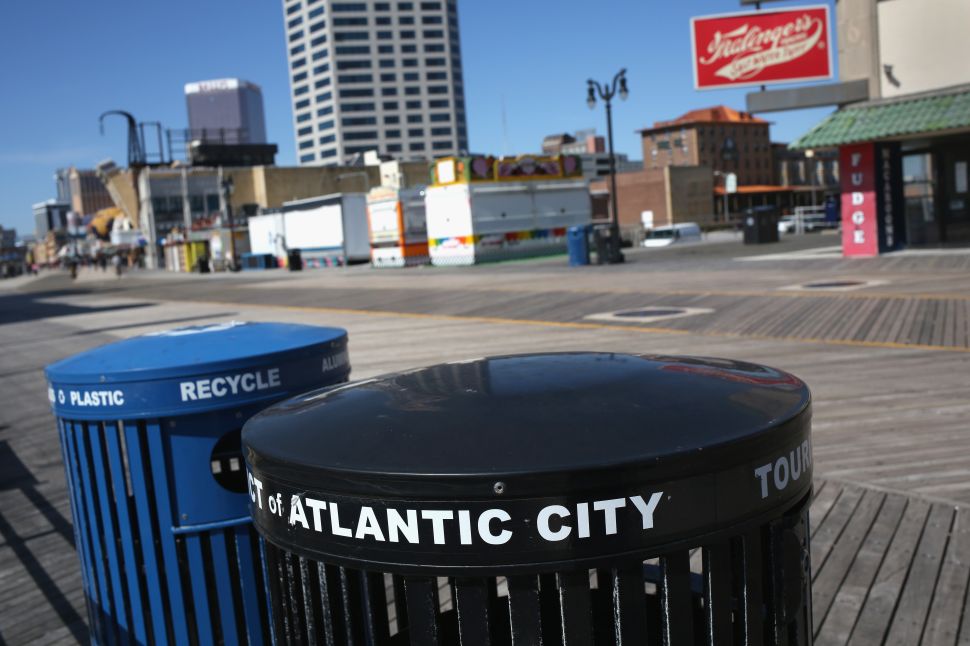 There’s been a lot of talk recently about how New Jersey pays much more in federal taxes than it receives in return. For residents of cities in southern New Jersey, the feeling is a familiar one when it comes to state assistance.

And it’s not misplaced

According to the report by Michael S. Hayes, assistant professor at Rutgers University-Camden – the top 10 poorest cities in South Jersey, including Camden, Atlantic City, Bridgeton and Seaside Heights receive about 33 percent less aid than distressed cities in central and North Jersey “even after controlling for differences in population, property values, income levels, demographics, etc.”

The report concludes the difference “is entirely the result of disparities in Consolidated Municipal Property Tax Relief Act funds” across the state, and warns that the regional gap is only increasing over time.

State funding makes up about a quarter of all revenue received by local governments in the state, according to Hayes’ report. The regional funding disparity is no secret, a 2008 Monmouth University poll found that 50 percent of South Jersey residents believed that North Jersey receive the lion’s share of state resources.

The study, however, found that the gap only existed between the poorest cities in either region and speculates that budget shortfalls following the 2007 recession led to the state cutting more funds for southern areas than northern parts of the state.

The report avoids making policy recommendations and warns that “fairness is a subjective term with many definitions and interpretations. Therefore, it is impossible for this study to objectively claim whether or not a particular NJ region is receiving its fair share of total state funding assistance.”

It does, however, note that the decision to favor North Jersey might be a “calculated” decision by state policymakers and recommends those in southern areas marshall their facts to make the case of the economic benefits of investing more money in their areas.

Quote of the Day: “I’m a big fan of Steve’s and we have an enormous amount in common. Don’t believe everything you read—or in your case, you write.” — Gov. Phil Murphy, clearing up rumors that he and Senate President Steve Sweeney are feuding, and also denying that he implied Sweeney was racist for blocking two of his cabinet appointments.

Phil Murphy: I Was Not Suggesting Steve Sweeney Is a Racist
New Jersey Gov. Phil Murphy said Wednesday that he was not suggesting Senate President Steve Sweeney is a racist when he responded to Sweeney’s decision last week to block the confirmation votes for two of his cabinet nominees.
Christian Hetrick, Observer Read more

Will this end the Murphy vs. Sweeney feud over education nominee?
Something happened Tuesday that could help diffuse a dramatic dispute between Gov. Phil Murphy and New Jersey’s top lawmaker — and bring the state closer to fixing its school funding problems.
NJ.com Read more

Stile: How Phil Murphy wants to raise New Jersey’s taxes — and why he won’t talk about doing it
Gov. Phil Murphy uses the Trenton bully pulpit as a stage where he plays the beneficent leader, handing out praise and souvenir pens while taking pot shots at President Donald Trump.
The Record Read more

In the ongoing tug-of-war for state aid, South Jersey loses big time
Breakfast meats and sporting teams have long created a cultural divide between North and South Jersey, but it appears there’s a financial divide, too, that stems from the statehouse.
NJ.com Read more

Is 2018 the Year When NJ Finds a Fix for Its Taxes?
New Jersey residents have long complained about the state’s high taxes, but this year could finally bring on a wholesale rethinking of state tax and spending policies, thanks in part to new federal rules that no longer allow for an unlimited write-off for property taxes.
NJSpotlight Read more

Air pollution in New Jersey is so bad it could be dangerous to your health to breathe
New Jersey’s air continues to be among the most polluted in the nation, with a large swath of the state receiving failing grades for smog, according to a report by the American Lung Association released Wednesday.
The Record Read more

Who’s in the Money? NJ’s 2018 Congressional Primaries and Senate Race
Candidates in the upcoming primary for New Jersey’s 12 seats in the U.S. House of Representatives have already spent more than $8 million, as the race in northwest Jersey’s 5th District is shaping up to be the most expensive in the state.
NJSpotlight Read more

In a blue state like Jersey, who gives money to Trump? You might be surprised…
Earlier this week, the Monmouth Poll found that the “decidedly negative” opinion in New Jersey of President Donald Trump was already a significant drag on Republicans seeking election to Congress this November.
NJ.com Read more

Paul Ryan tries to rescue this embattled Jersey Republican
Rep. Tom MacArthur was the only New Jersey lawmaker to give House Speaker Paul Ryan his support for both health care and tax cuts when every Republican vote was crucial.
NJ.com Read more

Cory Booker was a heralded football recruit. By the end, he was pushed off the team
Cory Booker went to Stanford as a star football recruit, but by the end of his time there was pushed off the team. “It was like the first time in my life I ever felt like I failed at something,” the U.S. Senator from New Jersey says now. Here’s what he learned, and what stuck with him as he eyes a potential 2020 presidential run.
Inquirer Read more

Assemblywoman’s son will spend 3 years behind bars
The son of a state Assemblywoman and a close friend of Newark Mayor Ras Baraka was sentenced to more than three years in prison Wednesday for cheating the government of taxes and defrauding a now-defunct nonprofit.
NJ.com Read more

At one time, the sprawling 1,455-acre DuPont Chambers Work facility was the largest commercial wastewater treatment plant in North America, dumping as much as 40 million gallons daily into the Delaware River.
NJSpotlight Read more

Petition to stop state’s killing of red foxes on Jersey beach nears 80K signatures
Residents of Brigantine speculated for years about the state’s role in the dwindling numbers of their beloved unofficial mascots, the red fox.
NJ.com Read more

After $6 Million Renovation, NJ May Have to Spend $1 Million More to Fix a Room
After spending nearly $6 million renovating the historic Warren County Courthouse, state taxpayers may be on the hook for another million dollars to fix just a single courtroom.
NJ101.5 Read more

Texas Says NJ Residents Should Move There, Is It Worth It?
The governor of Texas is not looking to restart the Civil War. He just wants New Jersey residents to move there.
NJ101.5 Read more

Lyndhurst pays videographer almost $500 per meeting, but the videos are not easy to get
After nearly making it illegal for attendees to tape their meetings without government oversight, the Lyndhurst Board of Commissioners has hired its own videographer— but the board doesn’t share the videos easily with the public.
The Record Read more

L.A. Fitness fires 3 workers after black men get kicked out of N.J. gym
L.A. Fitness has fired a manager and two employees at a New Jersey gym where two black men were kicked out Monday night in an incident captured on video and shared on social media, according to a salesman there.
NJ.com Read more

Lesniak: I fought ExxonMobil to pay billions in damage repair. And Murphy sided with them?
Why did the Murphy administration side with ExxonMobil?
That’s the head scratcher. The public is very upset that former Gov. Chris Christie settled for three cents on the dollar the largest and longest case of natural resource damage, (more than 100 years) — not just in New Jersey, but in the nation. It was greater than the Exxon Valdez in Alaska and BP’s oil rig in the Gulf of Mexico.
NJ.com Read more