Public Advocate Letitia James, a rumored 2021 mayoral candidate, is calling for the legalization of marijuana for adult recreational use in New York State amid a nationwide movement pushing for legalization and renewed attention around racial disparities in drug-related arrests.

In 2017, roughly 86 percent of people arrested for marijuana possession in the fifth degree—possessing less than two ounces in a public place—were people of color.

In the nine states that have legalized adult recreational use, arrests have plummeted by about 94 percent, according to James.

James said her office will be working with Alphonso David, Gov. Andrew Cuomo’s counsel, and that she is working with the governor’s office on the study Cuomo recently called for that would look at the potential effects of marijuana legalization in nearby states on New York.

She said she looks at the issue through the lens of criminal justice reform, opportunities for communities of color and reinvesting in communities that have long been ignored.

“In this country, we often talk about our fight against the War on Drugs, but the sad truth is that this War on Drugs too often is a war on people of color, a war on poor Americans, a war on marginalized groups, a war on certain ethnic groups,” James told reporters outside the New York State Supreme Court in Lower Manhattan on Tuesday morning.

She noted that in addition to being arrested for committing a “relatively low-level offense,” the arrests follow young people throughout their lives.

“These are young men of color—mostly men—who are subjected to a criminal justice system for behavior… that is oftentimes overlooked, ignored or in some cases accepted in some other communities,” James continued.

“With legalization, we must not just pledge to reinvest, we must ensure that those in the community most impacted by over-enforcement be given the opportunity to benefit and thrive, not just out-of-state companies and big corporations and that includes business opportunities, as well as employment opportunities, because despite our continued claims to be the most progressive state… it is clear that we still have work to do,” she added.

When asked about the fact that neither Cuomo nor de Blasio supports legalization yet, James seemed to place more blame on de Blasio, seeming to call into question his progressive credentials.

“The governor at least has taken the step of studying the issue,” she argued.

And she insisted a study is necessary, pointing to issues such as expungement of individuals’ records as an example.

“I think obviously a study is necessary, particularly if you want to engage in a more deliberative approach to legalizing marijuana and again, in order to have a more comprehensive and an omnibus bill, I think it’s important that we study it,” James continued.

And she applauded Nixon for supporting marijuana legalization but maintained that her rally is not a “political press conference” but rather about focusing on the issues “that need to be addressed.”

Queens Councilman Donovan Richards, chairman of the Council’s Public Safety Committee, pointed to the irony of John Boehner, former speaker of the U.S. House of Representatives, who is a Republican, now supporting marijuana legalization.

“It’s a weird time when New York City finds itself to the right of former House Speaker John Boehner, but unfortunately that is where we are and this is why we are here today,” Richards said. “Over 17,000 black and brown people arrested or issued summonses on low-level marijuana offenses in what we’ve called the most progressive city and state in the country. It’s a disgrace and the damage has been done.”

Kassandra Frederique, New York State director for the Drug Policy Alliance (DPA), said James was one of the only council members (when James served on the City Council) who consistently spoke out in favor legalization, which the DPA has been pushing for since 2010.

And she said Boehner’s support for marijuana legalization proves it was never about marijuana but about “controlling groups of people.”

“The people that are making money on marijuana right now have not gotten their kids taken away from child welfare because there’s not just a Jim Crow, there’s a Jane Crow,” Frederique said. “You can go to any family court right now and speak to any family defense attorney and find out how kids are being ripped away from their families or how black and Latino women in public hospitals are being illegally tested in hospitals when they’re giving birth or how marijuana is the number four reason why someone is inadmissible or deportable.”

Kirsten John Foy, the Northeast regional director for Rev. Al Sharpton’s National Action Network, warned that elected officials “on the opposite side of the issue” could face consequences during elections.

“There is nothing intelligent about maintaining a prohibition on marijuana in the United States of America,” Foy said. “There is no moral rationale for it when the prohibition has been used to tear families and lives apart.” 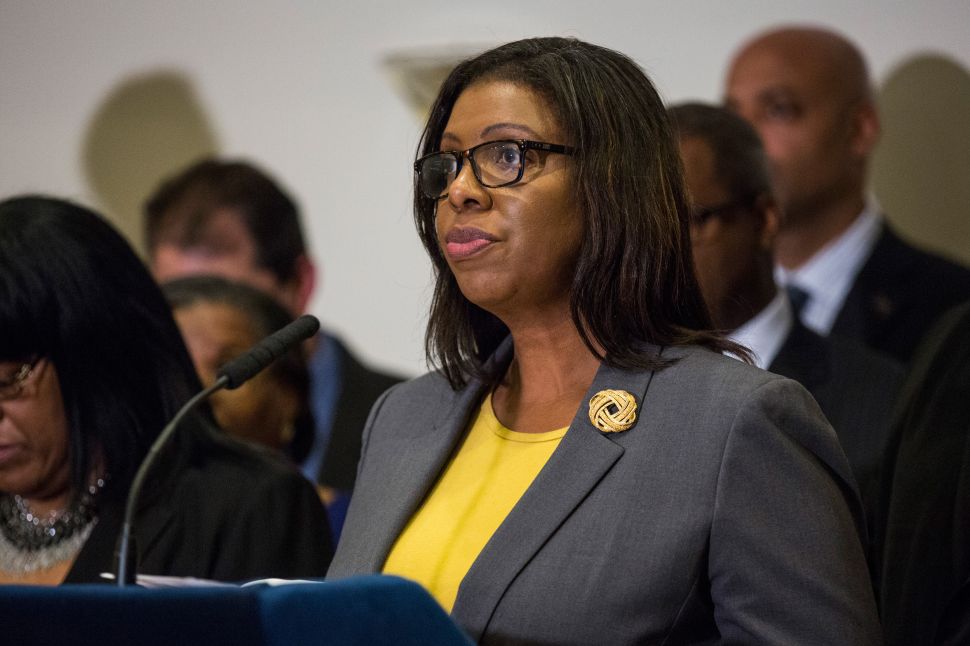