Paul Lieberstein is a bit of a renaissance man.

If you’re unfamiliar with the name “Paul Lieberstein,” you may recognize him as Toby from The Office. But in addition to playing that sad sack whose whole purpose was to serve as the bane of Michael Scott’s existence, Lieberstein also served as a writer and executive producer of the beloved sitcom, as well as a co-showrunner on Aaron Sorkin’s HBO drama The Newsroom.

Now, he’s written, directed, produced and starred in his own movie, Song of Back and Neck, which premiered at the Tribeca Film Festival.

How does he feel about his creation and further breakout out from the Toby mold? What’s going on with that Office revival?

The movie was inspired by your own experiences. Can you tell me a little about that?

I had this awful back pain for over 20 years, and I saw everybody and did everything about it. Then my wife gave me this book and three days later, my back pain was gone for good. It wasn’t just about losing the pain. There was also an element of what that meant I had to believe from buying into it… which was stuff that I always shunned in the past, which was a mind-body connection thing. I always thought that was ridiculous, but all you have to really have to believe is that there is this connection.

The book could be about suppressed anger and it’s really focused on anger, and the movie kind of focuses on that too. For me there were other corollaries. I had to just also believe that my outlook on life and my attitude was also part of my ailment and healing, which I never bought into before.

So there are elements of your character, Fred, that you took directly from yourself?

His overall philosophical and emotional journey was what I wanted to give him.

How’s your back today?

Still good, but everything else in [the movie] is fiction.

Casual entertainment fans may only know you from The Office. How do you feel about this movie possibly changing their perception of you?

That would be great. I mean Toby was a very focused character. There wasn’t a tremendous amount of rage and there didn’t need to be, depending on who you ask and who wrote the episode. He’s definitely had a sad part to him, but there was also a very neutral, unemotional part to him… In my mind that was what always made Michael Scott so angry because Michael Scott was just all emotion and reaction, and Toby had none of that. It would be nice to go beyond and not be limited to that.

Timothy Olyphant once told me during an interview that he approaches his dramas as comedies and his comedies as dramas because he doesn’t see any difference. He thinks that good drama and good comedy come down to the same thing: tone and truth. What do you think about that?

So there’s a lot of truth, and finding a truth has a lot to do with how you see the world and that is the difference between, in my opinion, a comic actor and a dramatic actor. And yes, there are people that can go between, maybe people who have a greater understanding of life than the rest of us, but for most of us, we have to find the honest line for the character… but for some people, that’s a funny line.

It’s interesting, I’ve worked with a lot of… I brought a lot of dramatic actors into the comic world in The Office and in many shows and I’ve found that it might all be very funny at the table read, but the more a more dramatic actor plays the character and goes through the lines they find the drama in it. A comic actor won’t change a word of the script but will just be finding little… it’ll be more important to take the tension off of a line for some people and for others it will feel more true to dive straight into it. I agree with Timothy that you should approach both the same way, but who you are is the difference.

You wrote, directed, starred, and produced. Was that just a massively crazy undertaking or were you excited to juggle so many different hats?

Would you do it all again?

I would like to make the same movie again and I could do it so much better, I’m sure. I will absolutely make another movie, but I think I’d like to step out on acting for the next one. Just be writer, director. Focus on the storytelling.

What are you looking at going forward?

I have a few projects, and I’m not sure which one will surface as the lead, but I really want to make another movie. I optioned this short story called The Discipline of Shadows about a professor who teaches ombrology which is the study of shadows. It’s just about, I think it’s about a need for respect and how people can feel that so strongly and how it’s something you can never get right and it’s something you should never even try for. That’s one of the things that’s on my mind a lot.

Another thing I want to do is a series. We’ll see about that.

Speaking of series, what’s going on with the long-rumored, oft-discussed Office revival?

I’m really not involved with it at all. I don’t know what they’re planning. I think that they are not in active discussions right now. 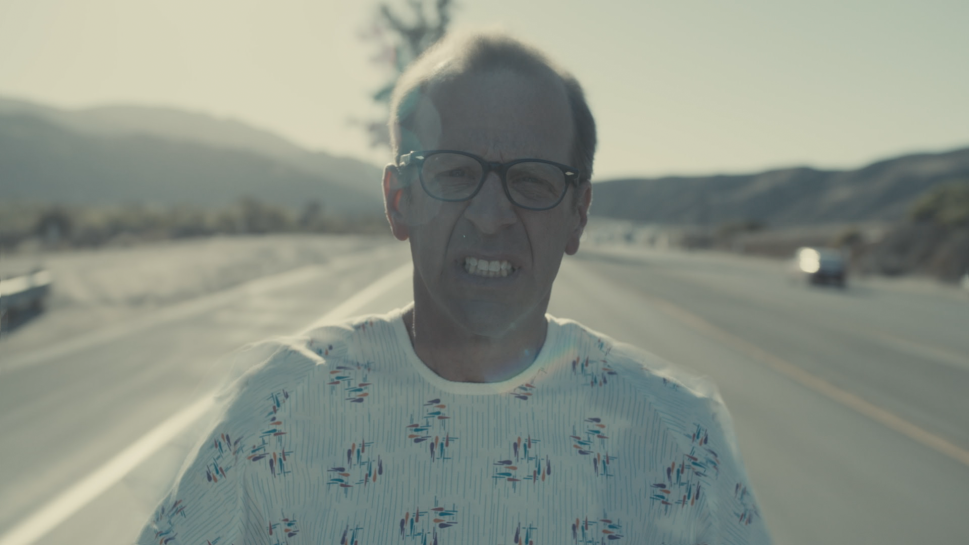