Gov. Phil Murphy is kicking Jeffrey Chiesa’s law firm out of Atlantic City, but the controversial state takeover of the city government will continue.

Murphy—who once promised to end the takeover if elected governor—announced Monday that the takeover will be run in-house at the Department of Community Affairs (DCA). State agencies will handle the city’s business development efforts, while Chiesa’s law firm—Chiesa, Shahinian and Giantomasi PC—will remain in charge of some litigation matters, according to the governor’s office.

The Christie administration stripped major decision-making powers from Atlantic City officials in November 2016 as the city’s finances teetered on the edge of bankruptcy. Christie tapped Chiesa, a former state attorney general and U.S. senator, to oversee the takeover, granting him the authority to break union contracts, privatize services and negotiate with creditors, among other powers.

The state also let his entire law firm bill taxpayers at rates of up to $400 per hour, and the tab was up to $4 million as of January, according to The Philadelphia Inquirer.

“The economic revitalization of Atlantic City is critical to advancing our overall state economy,” Murphy said in a statement. “The actions we are taking today will ensure we are working in full partnership with the city to ensure economic growth and empowerment for all Atlantic City residents.”

Division of Local Government Services Director Tim Cunningham will be the primary point person overseeing Atlantic City’s finances, DCA spokeswoman Lisa Ryan said in an email. He will work with the state’s existing fiscal monitor for the city, Richard Richardella, and the city’s business administrator, Jason Holt, who technically works for the state. In addition, the DCA will coordinate with other state agencies such as the Economic Development Authority, Ryan said.

“DCA will continue to play an active role in Atlantic City to build upon the significant gains the city and state have made over the last 18 months in stabilizing Atlantic City’s finances,” Lt. Governor Sheila Oliver, who is also the DCA commissioner, said in a statement. “This ongoing partnership between DCA’s knowledgeable local government experts and the city’s governing body and its professionals will keep Atlantic City moving in the right direction for its residents and businesses and the surrounding region.”

The state takeover is controversial in Atlantic City, where local officials, activists and some residents have opposed it. The city’s mayor, Frank Gilliam, has complained about having little power since taking office in January, including the inability to appoint his own department heads.

Since the takeover started, Chiesa and state officials have unilaterally cut pay for police and firefighters, settled the city’s tax appeal debt with Borgata Hotel Casino & Spa and other casinos, and produced a budget last year with the first municipal tax decrease in nearly a decade. Two casinos—Hard Rock and the new owner of the former Revel—are planning to open this year after five casinos closed between 2014 and 2016.

Christie claimed that the takeover couldn’t all be done in-house at the DCA and defended Chiesa’s firm’s bills. In April 2017, he noted Chiesa’s tax settlement with Borgata saved the cash-strapped city upwards of $93 million.

“If you compare the results Senator Chiesa has gotten from what he billed with what you all have paid to the people who have been running this city into the ground, Senator Chiesa is the biggest bargain in the world,” Christie said at the time. “You all should wish he stays here for the rest of his life.” 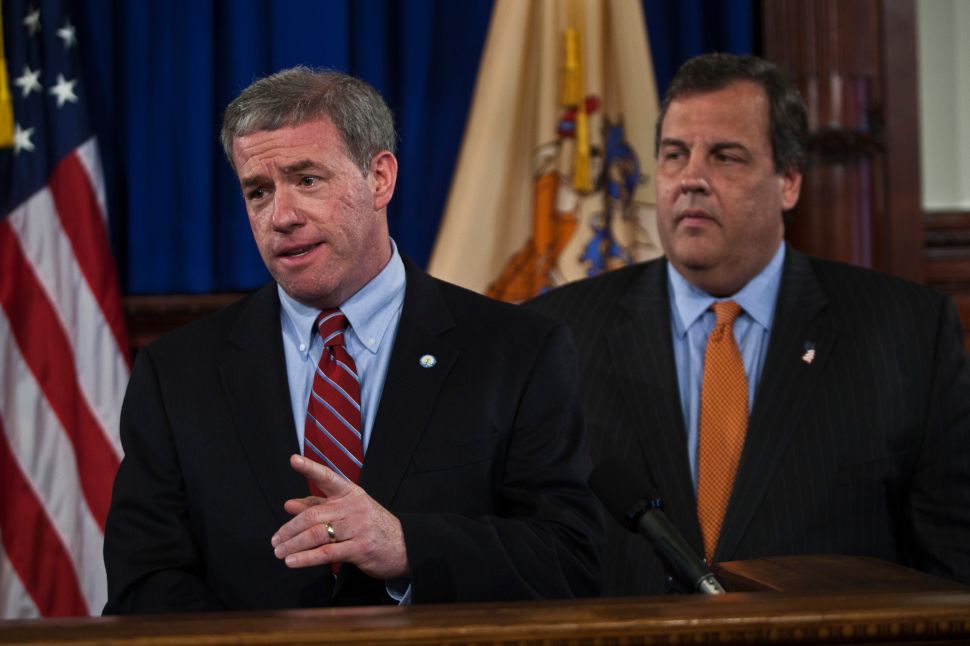