Prince Harry and Meghan Markle might become the duke and duchess of Connaught after their wedding, a title relating to a part of Ireland that is no longer in the United Kingdom. The concern has been raised in the Irish press because it is tradition for the monarch’s grandsons to receive extinct dukedoms as wedding presents, and Connaught is one such title on a very short list.

The queen has the right to create whatever titles she likes, but in recent history, she has followed the tradition of granting her sons, along with Prince William, dukedoms of deceased princes. The only exception to this was Prince Edward, who was given the title earl, which is inferior to a dukedom.

It is widely rumored that Edward wants to be duke of Edinburgh because of the city’s strong connection to the theater, but this can only happen when his father Prince Philip, duke of Edinburgh, dies.

The original duke of Connaught was Prince Arthur, who served as the governor general of Canada from 1911 to 1916. During his service in Canada, the Irish Republican group Fenian Brotherhood fought Canadian soldiers in the country to support calls for Irish independence. This meant that an Irish duke was fighting Irish forces, which also tarnishes the title in the eyes of many Irish citizens.

The province of Connaught formally left the United Kingdom when the Irish Free State was established in 1922. Historically, it had been a country in its own right, but it was forcibly kept in union with England until Dublin declared independence in 1916. However, there is still dispute over the province of Northern Ireland, which remains part of the United Kingdom despite only 48 percent of its citizens identifying themselves as British. This disagreement has led to serious violence in Ireland and throughout the United Kingdom.

The appointment of an English prince and princess as lord of an Irish province would be deeply offensive to many in the Irish Republic. The queen is known to do whatever she can to promote peace in Ireland, so this round of negative press will likely knock Connaught off the shortlist.

If Connaught is ruled out, another series of titles are in the running, including the dukedom of Sussex and the dukedom of Clarence. Perhaps the most famous extinct royal dukedom is of Windsor, created for King Edward VIII, who abdicated to marry the American divorcée Wallis Simpson. Given that Meghan is an American divorcée herself, offering her the title would be more of an insult than an accolade.

The last time a royal dukedom was bestowed was when Prince William married Kate Middleton. He was made duke of Cambridge, and she was given “Her Royal Highness” as a title, meaning Catherine is now officially known as HRH The Duchess of Cambridge. Meghan’s new title will follow the same format.

Preparations are well underway for the wedding, which will take place at St. George’s Chapel in Windsor Castle on May 19th. Last month, Markle was baptized a member of the Church of England at a top-secret service at St. James’s Palace in London.

Concerns over the guest list for the wedding, and specifically whether President Donald Trump will be invited, have been resolved by a ban on political guests. British Prime Minister Theresa May was aware of the plan to exclude herself and any other political dignitaries from the event to avoid an embarrassing row with the White House. Prince Harry is close to former President Barack Obama, but to invite the former president and exclude the incumbent risks a blowout, perhaps played out on Trump’s notorious Twitter account. 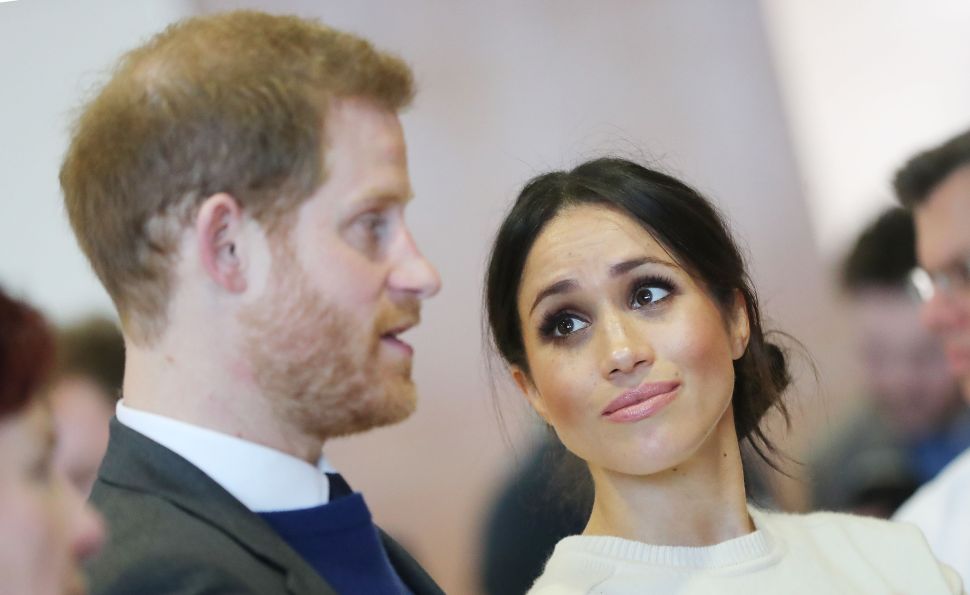