How many times have you overheard—when standing in front of a contemporary work of art—a proud parent/disdainful viewer near you invoke the dismissive cliché: “my kid could do that?” Or maybe you’ve been guilty of thinking it yourself. We should all be so lucky to bear little geniuses that might grow up into the next Ed Ruscha, but sadly only a very small number ever reach that level. And those that do aren’t usually too quick to equate their career’s work with the output of a child.

So it’s unusual then, that a number of big-name contemporary U.S. artists—Ruscha, Jim Shaw, Lita Albuquerque, Catherine Opie, Diana Thater, Kenny Scharf, Alex Israel and Pae White among them—have decided to contribute their work to an exhibition named exactly that. But they’re not showing just any old work, they’re showing their old work—the art they made as children, lovingly preserved or perhaps rediscovered after languishing in boxes by their very own proud parents. Flying in the face of the idea that their geniuses are one in a million, these artists are putting their early scribbles on view in order to say: “Yes, your kid could do that.”

Opening April 6 at Los Angeles’ Underground Museum and on view for just three days, it’s part of a fundraising effort to raise support for ProjectArt, a nonprofit dedicated to making arts education available to children throughout the country by partnering with the public libraries for the use of space and hiring emerging artists as instructors. In spreading their mission, the organization recruited some of the most influential artists working today to talk about how art education got them to where they are today.

Film, video and installation artist Diana Thater contributed a piece she made when she was a child of six or seven. When her teacher gave the kids a box of old felt and scissors to work with, Thater conjured a charming little dancer, the type that spins on top of a music box. “I won a prize for my picture, which is why my mother framed it. It’s kind of one of my earliest memories. So winning a little prize for art, that’s an important thing if it’s one of your first memories,” Thater told Observer from her studio in Eagle Rock.

“In ninth grade we were asked what we thought our careers might be, and I said, ‘special effects artist, comic book artist, or artist,” Jim Shaw told Observer. His piece, Comet Revolution done in ballpoint when he was a student of 17, features the title in bold graphic letters with dynamic pieces in motion, hinting at pop art, comic book and poster art of the sixties and seventies, still hallmarks of his work today. “I suppose modeling clay dinosaurs were my first artworks, though at one point I drew a Gila monster in a fairly photorealist manner, which I sent into Cap’n Muddy’s cartoon show and he commented on how accomplished it was.”

Photographer Catherine Opie, who made a name for herself in the 1990s by documenting the Queer community in San Francisco and Los Angeles offers a self-portrait taken at the age of nine. With uneven bangs and black-rimmed glasses, the young Opie chose to capture herself flexing her muscles, a pose that points directly to the artist’s later work.

A seven-year-old Ed Ruscha drew a Christmas wreath in crayon around a cut-out of Santa, and Alex Israel’s painting of a sunset with a ship and lighthouse done when he was 10 has the warm, melting hues that characterize his later works.

Installation artist Pae White presents an an ethereal, moody image of an empty dance studio done when she was in college. “It was the first oil painting I did and I was just kind of interested in an empty space. I didn’t think too much of it until later as I started doing more installations,” White told Observer, calling from Singapore where she is finishing up a residency. “I own that painting now. And I gave it to my parents, I was so proud of it, and they gave it back to me years later.”

White grew up with parents who were supportive of her passion for art, paying for her to pursue her dream up until she decided to embark on a masters at Pasadena Art Center College of Design. Shuttling between public and private schools as a youngster, she saw a stark difference in resources dedicated to arts education.

“Art is not an elective. You don’t just see it as a hobby. This is a very viable career that can take you all over the world. Take it seriously,” is White’s advice to students and to school administrators. “I just don’t know if schools know how to teach this and feel they’re being responsible educators by encouraging people to go into art while they’re getting a high school degree.”

Hailing from a family of artists and writers, Jim Shaw benefitted from a great deal of encouragement at school as well as at home. And Diana Thater recalls receiving plenty of support in the public schools she attended. She points to the usual barrage of studies that indicate arts education can add 96 points to SAT averages and renders a child three times more likely to earn a bachelor’s degree. But most important to her is that “it teaches them empathy. Literature and art, those are the things that do it.”

Along with Karon Davis, Kyle DeWoody co-chairs the event. A transplanted New Yorker with deep connections in the art world, she is daughter of arts patron and philanthropist Beth Rudin DeWoody and artist James DeWoody. “There’s an incredible correlation between what they were making then, at age five or eight, compared with what they’re making today,” she told Observer about the artists in the show. Last year she chaired a similar inaugural event in New York City featuring artists like Cecily Brown, Katherine Bernhardt and Urs Fischer. Today the city counts 19 library branches carrying the program.

“For over thirty years, arts have been getting continually stripped from our education. This has become ever so acute in the age of standardized testing,” said Adarsh Alphons, Founder and Executive Director of ProjectArt. “Our goal is to provide an artistic sanctuary just steps away at the local public library. ProjectArt offers high-quality, accessible arts mentorship, completely free to youth.”

To date, classes are available throughout library branches in six cities with plans to expand into six more by 2021. “I can’t even imagine a school wouldn’t have art in it,” muses Thater. “It’s one of the key things you bring to children that they love. Do math and science and history, but when it comes to art class, everyone can cut loose.” 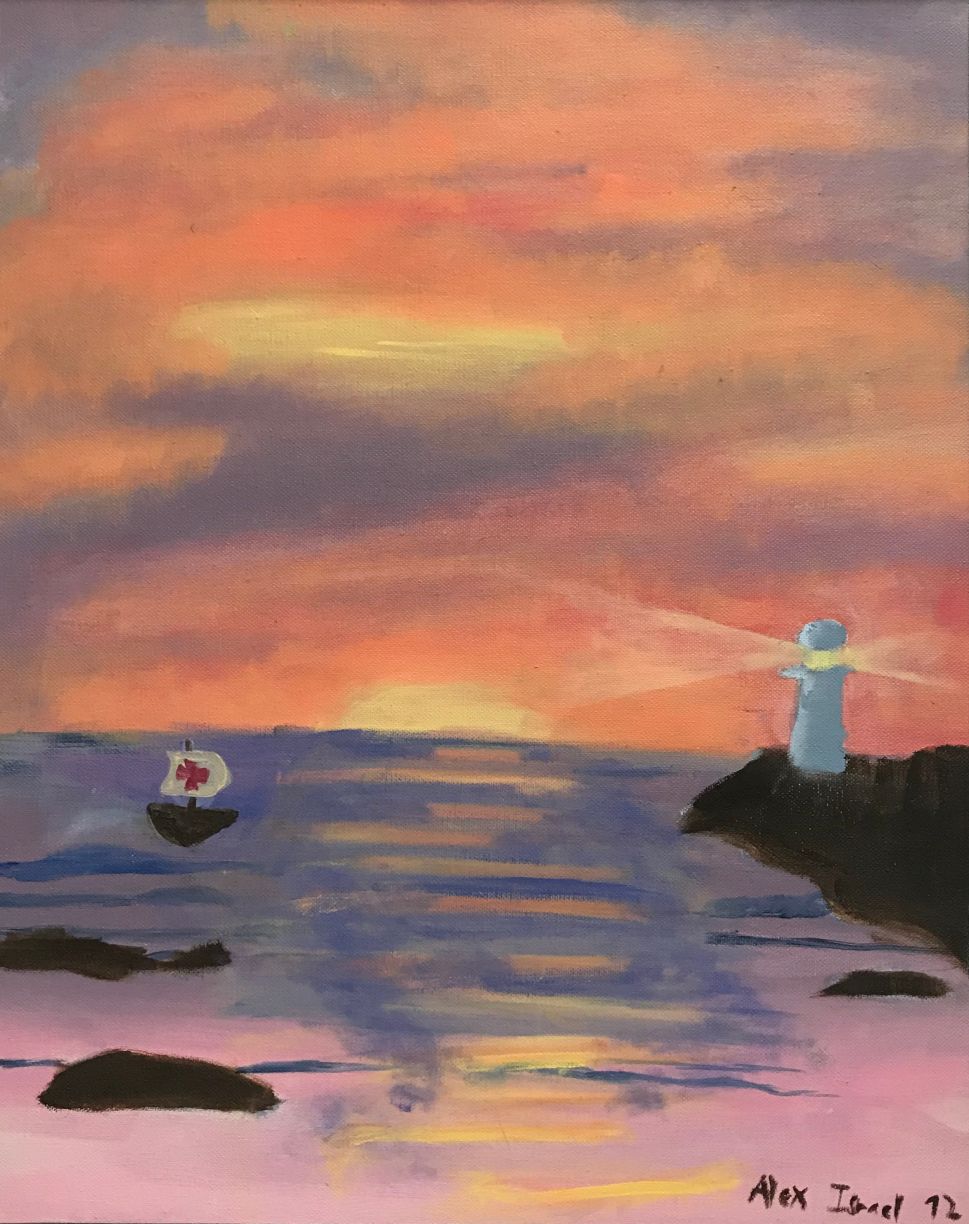