House Speaker Paul Ryan’s announcement Wednesday that he would not return to Congress after the November elections caught many by surprise.

The media is, of course, spinning this into yet another sign that Republicans are in for big losses in this year’s midterm elections. That may be so, and losing the speakership has to be a difficult thing to watch (just ask Minority Leader Nancy Pelosi), but I’m not convinced that’s the case.

For starters, Republicans might not be in as dire straits as the media would have you believe. Polls consistently show Democrats leading in a generic ballot, but they’re only measuring registered voters right now, not likely voters. That’s a big difference, and one that may change the current narrative. Most of these polls haven’t changed much in the past six months, but one usually accurate poll, Quinnipiac, shows Democrats’ advantage is narrowing considerably. That poll found Democrats had a 12-point lead last August but just a 3-point lead today. Again, this is just a poll of registered voters, so take it with a grain of salt.

Ryan says he’s leaving Congress to spend more time with his family—a Washington answer if there ever was one—but the real reason may be that he never wanted the job of speaker and is sick of Washington after two decades. It’s convenient timing, though.

In an interview with reporters following his announcement, Ryan talked about “identity politics” and divisiveness. He feels he just can’t get much done in this climate.

“I’m an old Jack Kemp guy that believes strongly in inclusive, aspirational politics that are based on bringing people together and not exploiting divisions,” Ryan said Wednesday. “With identity politics being played all around and 21st-century technology accelerating it, and putting gas on the fire—that is my big concern of politics these days. And that makes it harder to have political goodwill in this country because of all this polarization.”

Tell me about it.

Ryan was never really a leadership guy; he has always been more of a wonk. He lacked the iron fist of Pelosi and the good ol’ boy connections of former Speaker John Boehner. He should have been someone the Republican Party could easily rally behind, but it didn’t.

Ryan’s signature accomplishment was tax reform, yet the bill that was passed was nowhere near what he had been talking about for decades. I mean, don’t get me wrong, I love the extra money in my paycheck, but doing my taxes will still take hours even after the bill kicks in.

I had high hopes for Ryan when he became speaker, but he failed to live up to them. His attempts to bring the parties together fell flat, and he sold out his conservative base. For example, he allowed the “Fix NICS” bill into the omnibus spending bill. This legislation expands the list of Americans banned from owning guns without any due process. The government has been using the program to create a de facto gun registry, which Republicans have been staunchly against.

Ryan didn’t accomplish many of his other goals while speaker, either. He hasn’t cut spending at all, failed to repeal Obamacare, and has kept Planned Parenthood’s funding in place even with a Republican-controlled House, Senate and White House.

Donny Ferguson, president of Americans for a Better Economy, summed up Ryan’s problems: “The difference between being a congressman and being speaker is the difference between owning a petting zoo and running a butcher shop,” he told me. “The speakership isn’t for people who want to be liked or give speeches. The speakership is for people who love process and know how to use the tools of the House to make things happen. The most effective Speakers, like Pelosi, [Newt] Gingrich and [Sam] Rayburn, are creatures of process.”

Everyone likes Ryan personally, but no one fears him. He hasn’t used any of the tools of the speakership to force votes or control spending. Last September, he offered a long-term budget that capped debt and defunded Planned Parenthood, but Trump rejected it and cut a deal with Pelosi. Ryan could have forced a vote on his budget and used the fear of a government shutdown to get it passed. But he didn’t, and now the budget is a mess.

Paul Ryan does better as a wonk and a friend, which may be why many conservatives are suggesting he would be a good fit as the new president of the American Enterprise Institute, a right-leaning think tank. Current President Arthur Brooks will be leaving next summer, and Ryan could be a good fit.

No one knows, at this point, what’s next for Ryan, but this won’t be the last we see of him. 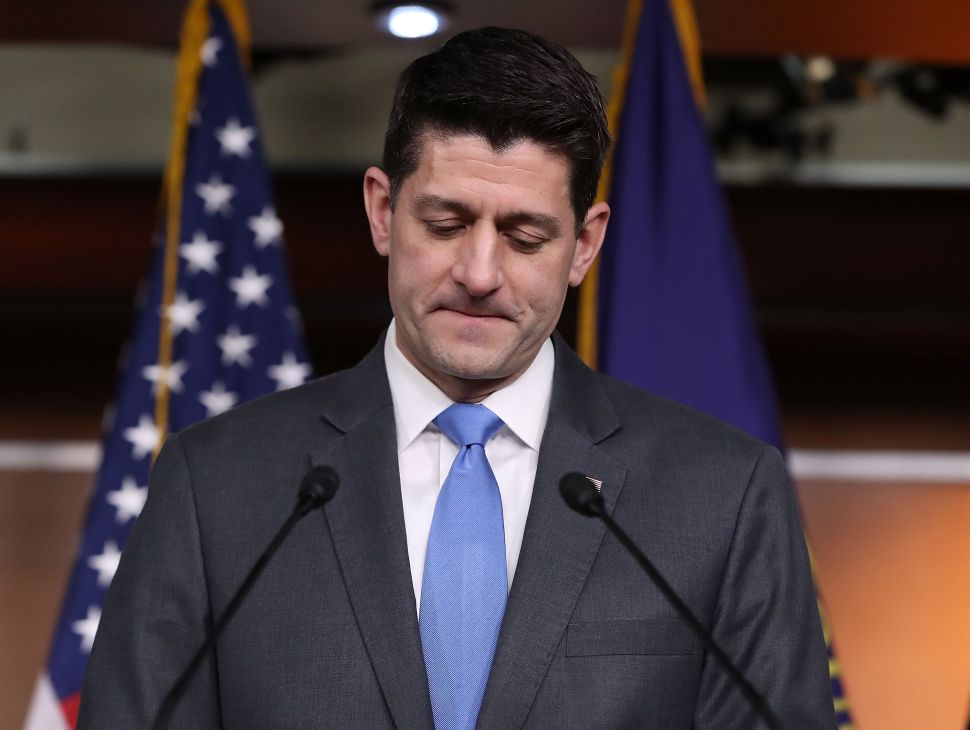