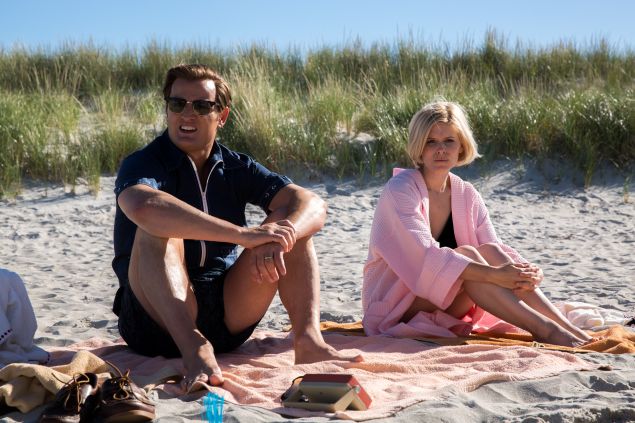 America’s obsession with the desecrated Camelot of the Kennedys has illuminated every shadow of the famously ill-fated family’s lives, deaths, loves, politics and sex scandals with the power of a klieg light. It was inevitable that somebody would eventually get around to Chappaquiddick, a movie cataloguing the tragic events surrounding Edward “Ted” Kennedy (Jason Clarke) on the night of July 18, 1969, when he crashed his car off a bridge in Martha’s Vineyard after a night of heavy drinking and partying. Ted Kennedy killed his only passenger, Mary Jo Kopechne (Kate Mara), then walked away from the scene and failed to report the incident until the following day—an act of cowardice that seriously clouded the Kennedy legacy and changed the course of American political history.

Several aspects of this sad, grim story remain a mystery, but I am pleased to report that for the most part, Chappaquiddick catalogues the facts and eschews the sensationalism. The result is a film of integrity and disclosure, a controversial chapter in American history that substitutes clinical accuracy for Hollywood embellishment, with an impressive attention to detail and an admirable respect for suspenseful narrative.

The script, by Taylor Allen and Andrew Logan, and the sober direction, by John Curran, challenge the plausibility of some events because nobody will ever know the truth of all things. But it’s a movie that engages a commitment to concentration few contemporary films try to do, and makes you think about the consequences of power few people ever experience.

One of the questions that remains a mystery is whether or not Senator Kennedy and Mary Jo were having an affair. The movie leaves the possibility open to interpretation. She was a smart, pretty girl who once worked on Robert F. Kennedy’s presidential campaign and Senator Ted Kennedy was trying to persuade her to so the same for him.

Goaded by three generations of Kennedys, he was fated to run and widely regarded as a shoo-in for the White House. He wanted Mary Jo on his team, but only a year since Bobby’s murder, she was still reluctant to come out of civilian life and return to the political arena. One of the reasons he insisted on taking her for a private drive after the sailing regatta and drinking party that followed was to convince her to join his campaign and engage the same expertise she had shown as one of his brother Bobby’s most trusted secretaries. After the fatal drowning, when he left her alone gasping for air underwater before she died, the Kennedys (and the film) desert her almost as an afterthought in the morgue, and the focus shifts to Teddy’s inexhaustible efforts to save his own neck.

The mistakes piled up like dominoes. He failed to report the accident for eight hours. He lied to authorities, claiming it was the girl who was driving the car. When the initial accusation of negligence turned to charges of manslaughter, he sought advice from his father Joe, the ruthless patriarch of the Kennedy dynasty, who, although paralyzed by a stroke, summoned his power of speech long enough to utter only one word: “Alibi.” (A great performance by Bruce Dern.)

From this point on, Chappaquiddick catalogues the conflicting, often illegal efforts of the powerful Kennedy family inner circle of advisers behind the scenes, called in for damage control, and spearheaded by such luminaries as John F. Kennedy’s speechwriter, Ted Sorensen, and Robert McNamara, U.S. Secretary of Defense under both JFK and Lyndon B. Johnson, to alter the records in the Edgartown sheriff’s office, cover up the facts, offer opposing excuses to the media and break the law.

Totally rejected by his unstable wife Joan, Ted went to Mary Jo’s funeral wearing a phony neck brace for sympathy. Luckily, these heinous events coincided with Neil Armstrong’s walk on the moon, which helped to dilute the impact of the Chappaquiddick scandal on front pages from coast to coast.

This pathetic final chapter in the history of America’s royal family resulted in a suspended jail sentence and Kennedy’s forced resignation from the U.S. Senate, but his address to the nation on network television, won over his Massachusetts constituents, who forgave everything. Without ever showing contrition, he lost the 1980 Democratic presidential nomination but Massachusetts voters elected him to the Senate seven times, making him the longest U.S. senator in history.

He was a man of great complexity, and Jason Clarke plays his anxiety, guilt, strength and weakness with equal measure as he becomes a victim of abused privilege since birth, as seen from different points of view. The movie is wise enough to neither rebuke nor canonize him, and in the end an obvious cut-and-dried case takes on the tension and tempo of a tragedy of ordinary human failure with extraordinary human impact. 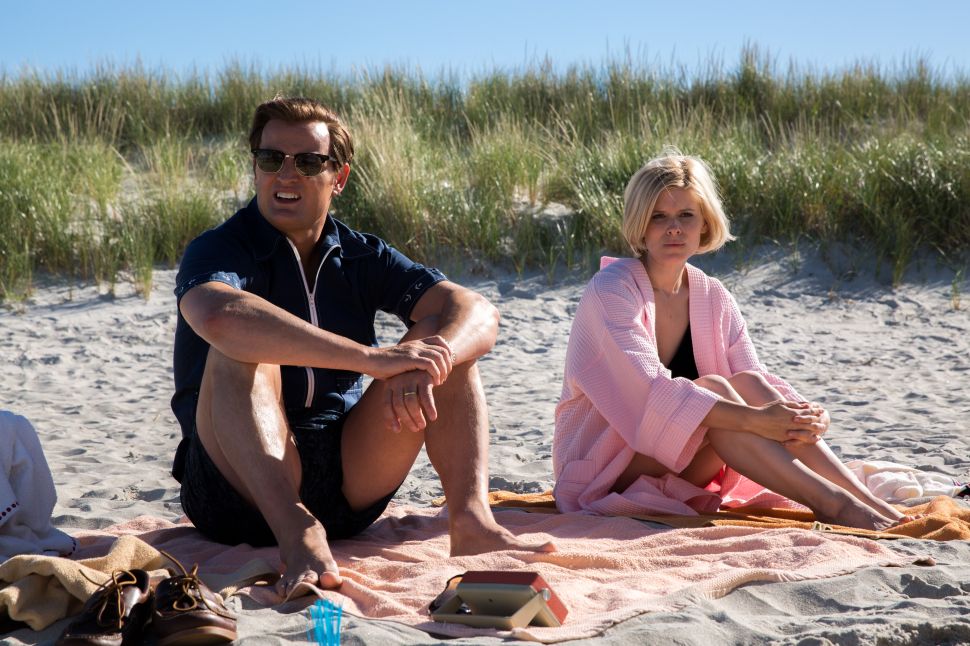