In what is so far tallying up as the worst year for movie attendance in history, an average of 10 to 15 films open every week in New York City, and five days later you are lucky if you can find one of them still playing. This is because battalions of untalented film school graduates want to be filmmakers whether the scripts are any good or not, and there is always another fool looking for a tax write-off eager and ready to finance their lame projects. Perfect example: a thriller with no thrills called Spinning Man. I went because of the attractive and experienced cast and by the end, I couldn’t remember any of them or what I was doing there.

The always watchable and often memorable Guy Pearce plays Evan Birch, a philosophy professor in a small college with a strong sense of integrity, ethics and a dedication to living by the rules of decency and fair play. When a 17-year-old student disappears at a nearby lake, an eyewitness remembers seeing Evan’s Volvo near the boat slip.

He was late picking up his daughter from camp that day, his classroom notes are found discarded in a dumpster near where the girl was last seen, and upon further investigation, the tough, humorless detective assigned to the case (Pierce Brosnan) discovers that the good professor may or may not have been involved in an affair with one of his students at the college where he formally taught, which may or may not have led to his dismissal.

With no crime, no evidence, and no sound reason for the girl’s disappearance, the cop nevertheless makes Evan the chief suspect. Unable to defend himself adequately, even to his befuddled wife (Minnie Driver), the shadows of doubt create so many problems for Evan that things will never be the same, and the clumsy script by Matthew Aldrich pile on the most unfair twists of injustice for an innocent man since Alfred Hitchcock’s The Wrong Man. Is he guilty or just an existential victim of fate? The film has no ending, so director Simon Kaijser leaves it up to you to decide. You might decide to leave early.

Devoid of suspense and purpose, Spinning Man doesn’t spin. It doesn’t even move. Another case of the right actors in the wrong picture. 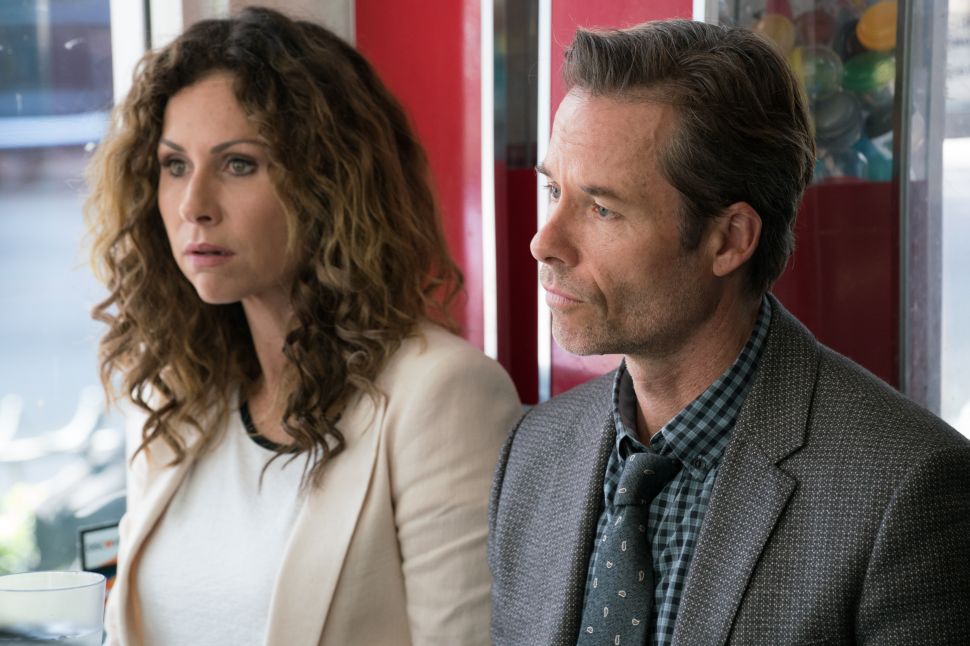