Well-considered and sincerely acted, Kodachrome is a character-driven drama that has been wrongly labeled a comedy by some so-called critics. There is nothing funny about it. It’s actually a lament for another lost American value replaced by digital second-rateness, this time the cherished Kodachrome color film process by which photography used to look 100 times better than it does now.

You see all of these victims of cell-phone addiction running around taking pictures of dogs, parking meters and each other without any place to develop them. Nothing is suitable for framing anymore. You end up with pieces of paper you erase upon digital delivery. Real photographs you used to keep forever in silver frames have gone the way of land lines that allow you to hear the voice on the other end with clarity, 35-mm. movies you can see on a screen bigger than a postage stamp, books you can read sitting down, and the beautiful music of long-playing vinyl records. The tragedy of saying goodbye to all that is what Kodachrome is about.

It is also a road trip, a love story, and a domestic drama about failed communications between generations divided by grief and misunderstanding. Cynical after an acrimonious divorce and dumped by his latest Top Ten pop discovery, record producer Matt (Jason Sudeikis) is out of luck and employment. Understandably depressed, he’s wondering what to do next when a pretty girl named Zooey (Elizabeth Olsen) informs him his father Ben is dying of liver cancer with less than three months to live. Ben (Ed Harris) is a world-famous photographer with a box of old, undeveloped film he wants to display in one last art gallery exhibition before he dies.

The hitch is there is only one remaining lab in the world called Dwayne’s Photo in Parsons, Kansas (a real place) that processes Kodachrome film stock and it will close its doors forever in a matter of days, and Ben wants his son to drive him there. Matt hates the father who abused his mother and neglected him as a child, and hasn’t spoken to the old man in a decade, but out of guilt, responsibility and pity, he decides to take the trip, with Ben and his nurse Zooey in tow.

The trip is fraught with insults between father and son (“Are you trying to prove your empty, selfish life is anything but meaningless?” asks Matt) but as the misery stretches out from New York to Kansas, director Mark Raso and screenwriter Jonathan Tropper make the reasons for the animosity abundantly clear. Ben is a dreadful force of apathy and he is all too willing to admit it without apology, but there is growing evidence that he wants to make amends. Zooey works tirelessly on the road to soften their relationship and all three of the fellow travelers have something painful to hide. While Ben shows tiny signs of mellowing, Matt stops off along the way to sign a new rock band, but when he realizes he has no respect for them as artists and people, he cancels the deal. He’s softening, too.

When they reach Kansas, the best photographers who have gathered to preserve their final work treat Ben like an icon and an inspiration, and Matt finally sees his father in a new light. The big reveal is what the son finds in the photos after they are developed—clues to a lost childhood that warm his heart, without shred of corny sentiment. The delivery of the last rolls of Kodachrome Ben leaves behind marks the end of an era, but it provides Matt and Zooey with a new way to see progress through a lens of compassion and start over with a fresh lease on life and love.

Jason Sudeikis does the best and most sensitive work of his acting career and Ed Harris is typically first-rate—a combination of raw mendacity and hidden humanity. What I liked best about his character is his disdain for everything digital. No slides, no prints, no record of how we lived or what we saw in photography that elevated it to the status of art. What a shame Richard Avedon, Irving Penn and Margaret Bourke-White are no longer around to appreciate Kodachrome. I liked this movie, but it should really be reviewed by Annie Leibowitz, not me. 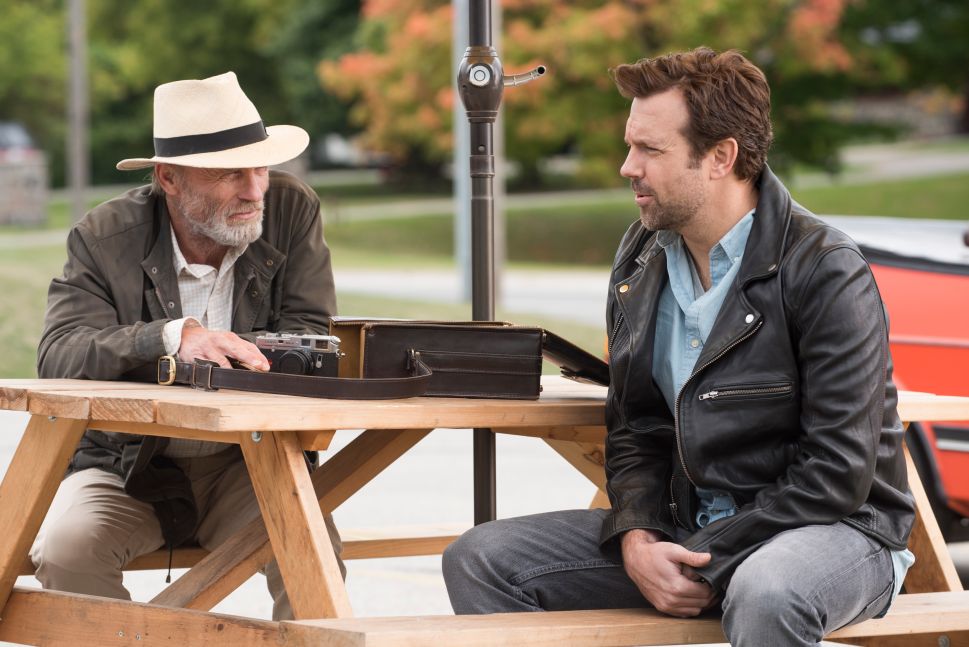