The Pulitzer Prize-winning film critic wrote for The Chicago Sun-Times for 46 years, and he also hosted the TV show At the Movies with Gene Siskel and Richard Roeper.

But even after salivary gland cancer removed his ability to speak, he kept reviewing movies. He also started writing more personal essays about his health battles and philosophy on life, which were collected in his 2011 memoir Life Itself.

Ebert died on April 4, 2013 at the age of 70. To mark the fifth anniversary of his passing, here’s a look at some of his best pieces of writing.

This was the review that put Ebert on the map. It showed that even in his early 20s, this critic had a grasp of the “full range of human life” as depicted in the film. Ebert may have called Bonnie and Clyde “a milestone in the history of American movies,” but it was also a milestone in his career.

When Ebert truly loved a movie, he couldn’t wait to tell you about it. Such was the case with this Coen Brothers classic, which he called “one of the best films I’ve ever seen.” Ebert ticks off the many reasons why this film is a true original, but all you really need to read is the final paragraph, where he proclaims Fargo is “the kind of movie that makes us hug ourselves with the way it pulls off one improbable scene after another.” Only Ebert could make you want a hug from a wood chipper.

In some cases, a rave review from Ebert was enough to save a movie from obscurity. Not many people had heard about this film, which starred Charlize Theron as serial killer Aileen Wuornos, before its 2003 debut. But Ebert gave it four stars and proclaimed it the best movie of the year, which forced people to start paying attention and led Theron to the Oscars stage.

Reading Ebert the contrarian was a particular delight. David Lynch’s film may be on some lists of the best movies ever made, but Ebert was having none of it. He said the film was filled with “sophomoric satire and cheap shots,” and it “pulled so violently in opposite directions that it pulls itself apart.” This review also features one of Ebert’s best final lines: “What’s worse? Slapping somebody around, or standing back and finding the whole thing funny?”

On the flip side, Ebert often championed films other critics hated. This 2009 Nicolas Cage movie only has 33 percent approval on Rotten Tomatoes, but Ebert gave it four stars and proclaimed it one of the best science fiction movies he’d seen. “Frightening, suspenseful, intelligent and, when it needs to be, rather awesome,” he wrote. “Pluck this movie, and it vibrates.” Give Ebert points for chutzpah.

There were also times when every critic on Earth hated a movie, but Ebert expressed that hatred in the best possible way. Exhibit A was Rob Reiner’s 1994 film North, which he described as “one of the most unpleasant, contrived, artificial, cloying experiences I’ve had at the movies.” He continued by calling it “one of the worst films ever made.” In fact, one line of the review—”I hated hated hated this movie”—inspired the title of a book which collected Ebert’s most biting zingers about bad films.

Ebert believed the movies were a “machine that generates empathy.” He expanded on this idea when he received a star on the Hollywood Walk of Fame in 2005. “When I go to a great movie I can live somebody else’s life for a while. I can walk in somebody else’s shoes,” Ebert said. It’s this philosophy which made Ebert such a great, empathetic critic.

During Ebert’s illness, his wife Chaz was his rock. So on his 20th wedding anniversary (July 18, 2010) he wrote a long blog post paying tribute to this wonderful woman. The result is one of the most pure expressions of love and devotion ever posted on the internet.

“If my cancer had come, and it would have, and Chaz had not been there with me, I can imagine a descent into lonely decrepitude,” Ebert wrote. “This woman never lost her love, and when it was necessary she forced me to want to live.”

“Go Gentle Into That Good Night”

When Ebert’s cancer returned, he began reckoning with his own death. His beautiful reflection includes one of the best opening paragraphs in longform writing:

“I know it is coming, and I do not fear it, because I believe there is nothing on the other side of death to fear. I hope to be spared as much pain as possible on the approach path. I was perfectly content before I was born, and I think of death as the same state.”

“A Leave of Presence”

The day before he died, Ebert announced that he would be reducing his writing schedule in order to focus on his health. He also thanked his readers for their continued support. Indeed, the last words Ebert ever wrote proved prophetic after his death.

“Thank you for going on this journey with me,” Ebert wrote. “I’ll see you at the movies.”

Thanks for letting us go on the journey with you, Roger. We’ll see you at the movies. 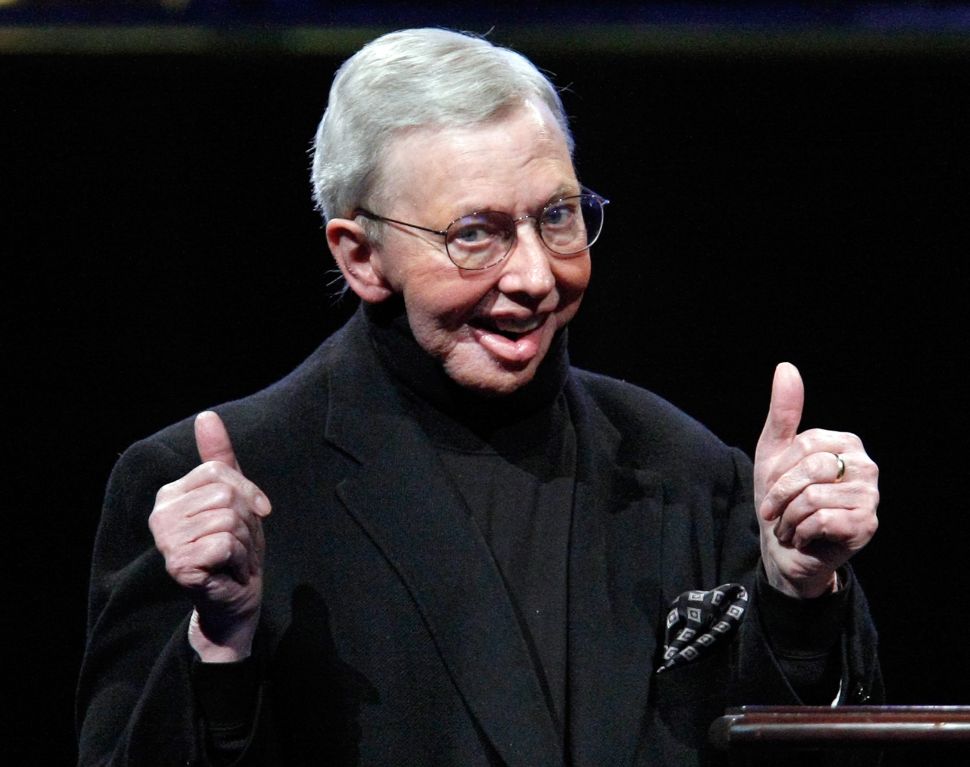