In 2006, Ron Bruder, an American entrepreneur and property developer, set out to see if he could crack one of the Middle East’s most explosive and intractable problems: youth unemployment. He started a non-governmental organization (NGO) called Education For Employment (EFE) to help young people in the region learn a marketable skill and find employment. These are the crucial first steps to building a stable community—a cycle that was utterly broken, as many youths in the Arab world struggled to land jobs. All too often young people graduated from high school or even college only to join the ranks of the unemployed, leaving tens of millions of disillusioned youth unable support themselves and contribute to society.

Unemployment among Arab youth often exceeds 25 percent, and underemployment is even higher. According to Bruder, “We needed to break the cycle of economic despair that was destroying the aspirations of Arab youth.”

The model he chose for EFE is similar to the one that is the basis for Germany’s economic success: If there is a shortage of welders, train welders. Ditto for nurses, computer coders, accountants, mechanics of all sorts, and any other profession. Although this sounds like common sense, in many Arab countries that struggle with youth unemployment, rigid educational systems are disconnected from market reality. Young people aren’t taught skills that employers are looking for, and employers are, of course, frustrated that they are unable to find workers with the appropriate skill sets. Economic stagnation and, in many cases, poverty follow. On the opposite side of the spectrum, Germany’s apprenticeship system, which matches jobs to skills, is key to its dominance in manufacturing.

EFE is currently operating in nine countries—Egypt, Jordan, Morocco, Palestine, Algeria, Saudi Arabia, Yemen, the United Arab Emirates and Tunisia—and its framework is straightforward and effective. Bruder elaborates, “We partner with local companies and civic organizations in each country. The Arab world is very localized. One size does not fit all. We identify the right institutions and employment possibilities for each country.” For example, in Tunisia, EFE partnered with technology companies like Infosys and SunGard, whereas in Yemen, EFE focuses on training healthcare workers due to that country’s shortage of medical staff. In Palestine, EFE is filling jobs in the growing restaurant and hospitality fields.

Bruder adds, “We also need very motivated local partners. This is not about us telling them what to do but them telling us what they need and how it can work. Then we support that effort.”

The organization’s support offices are located in New York, Washington, Madrid and Dubai, and they provide assistance, training and expertise to the locally managed and registered EFE affiliates across the MENA region. There are also coordinated programs for job search skills like résumé writing, as well as entrepreneurship. Bruder loves the latter aspect of EFE, saying, “You would not believe how powerful a force Arab youth entrepreneurship is, yet it is often hidden from sight. We aim to shine an enabling light on it.”

EFE has a made a lot of progress; since its inception, the organization has placed over 50,000 unemployed people between the ages of 16 and 28. If you count their families, Bruder estimates that the organization has affected some 200,000 individuals. Over 2,300 companies have tapped into the skills of the newly trained EFE graduates.

Bruder is especially optimistic about the empowerment of women in the region, saying, “Arab women are some of the most skilled people in the world. We need to give them a chance to demonstrate this to themselves and their countries.” He sees the announcement that Saudi women will be allowed to drive as proof of winds of change in the Arab world. Bruder argues that no society will be successful so long as it discounts 50 percent of its social capital.

Google, Microsoft, Boeing, Facebook, J.P. Morgan and Starbucks are a few of EFE’s blue-chip partners, but governments participate in the program too. Grants from the European Commission and USAID are just a few of the foundations that have contributed. There are, of course, hundreds of leading Arab banks and companies that bring local expertise to EFE. Every participating country has its own EFE board that individualizes the country’s model, creating programs most relevant for that country and innovating new approaches that are shared with the rest of the network.

Bruder travels to the region several times a year to observe EFE’s progress. His visits to war-ravaged or politically unstable countries like Yemen reflect his vision: “I believe this mission is important to the future of the world. The youth of the Arab world need a chance.” He adds, “In my travels and interactions I have met some of the brightest, most accomplished business people. We need to hear their voices. We need to listen to them above the din.” 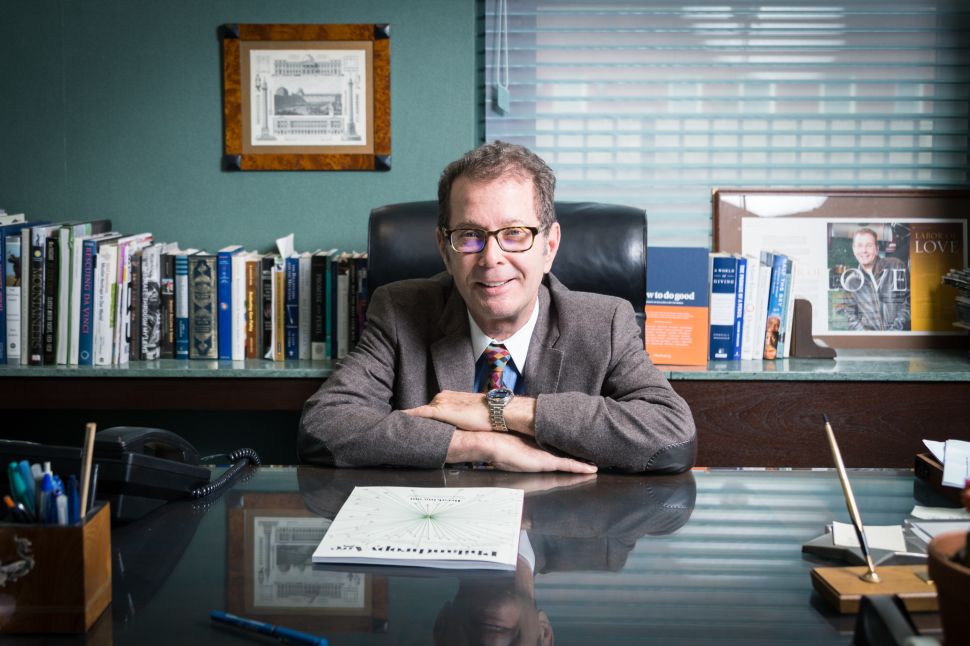