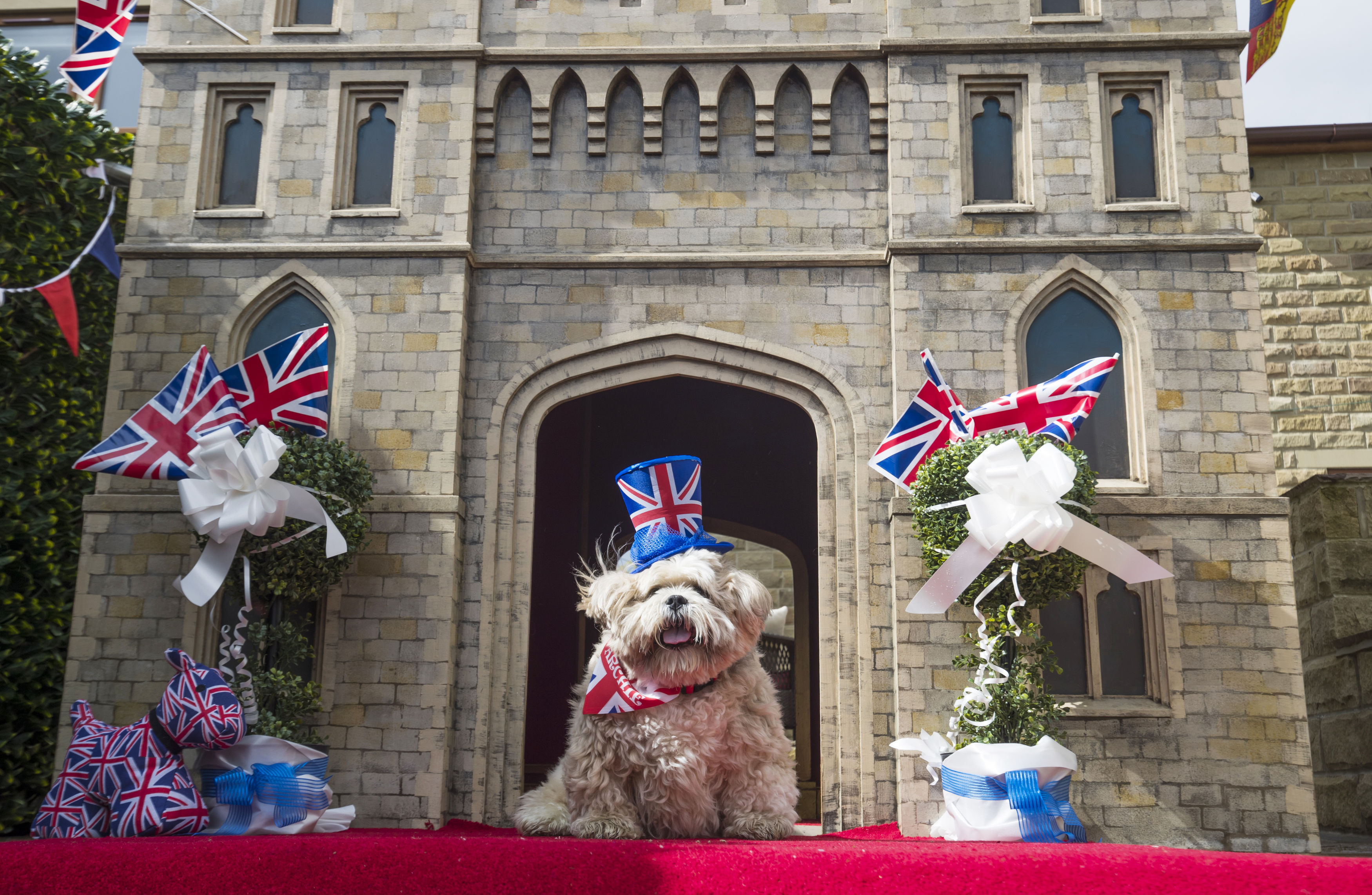 While you view the royal wedding from the comfort of your couch, one very lucky English dog will be watching the nuptials from far chicer digs—a regal miniature castle, which was made in honor of Meghan Markle and Prince Harry’s union.

Meet Archie, the 10-year-old Lhasa Apso who belongs to Susan Crossland. She and her husband won the lottery in 2008, when they took home £1.2 million (roughly equal to $1.6 million dollars). Since then, the Yorkshire-based woman has been enjoying life immensely. Case in point? She commisioned a six-foot high kennel that’s a Windsor Castle lookalike to help her pup to celebrate the royal wedding. This over-the-top dog house costs a cool £5,000 (that’s about $6,899).

Prince Harry and Markle are getting married at St George’s Chapel in London on May 19, and after the ceremony, they’re taking a carriage ride to Windsor Castle, while carefully selected commoners will cheer them on along the route. Archie is not one of those fortunate plebians.

“I love royal weddings and I love the royals,” Crossland told the BBC. According to her, Archie “absolutely loves” his new kennel. She’s going to celebrate the royal wedding with a backyard BBQ watch party, allowing Archie to show off his tiny palace in their garden. 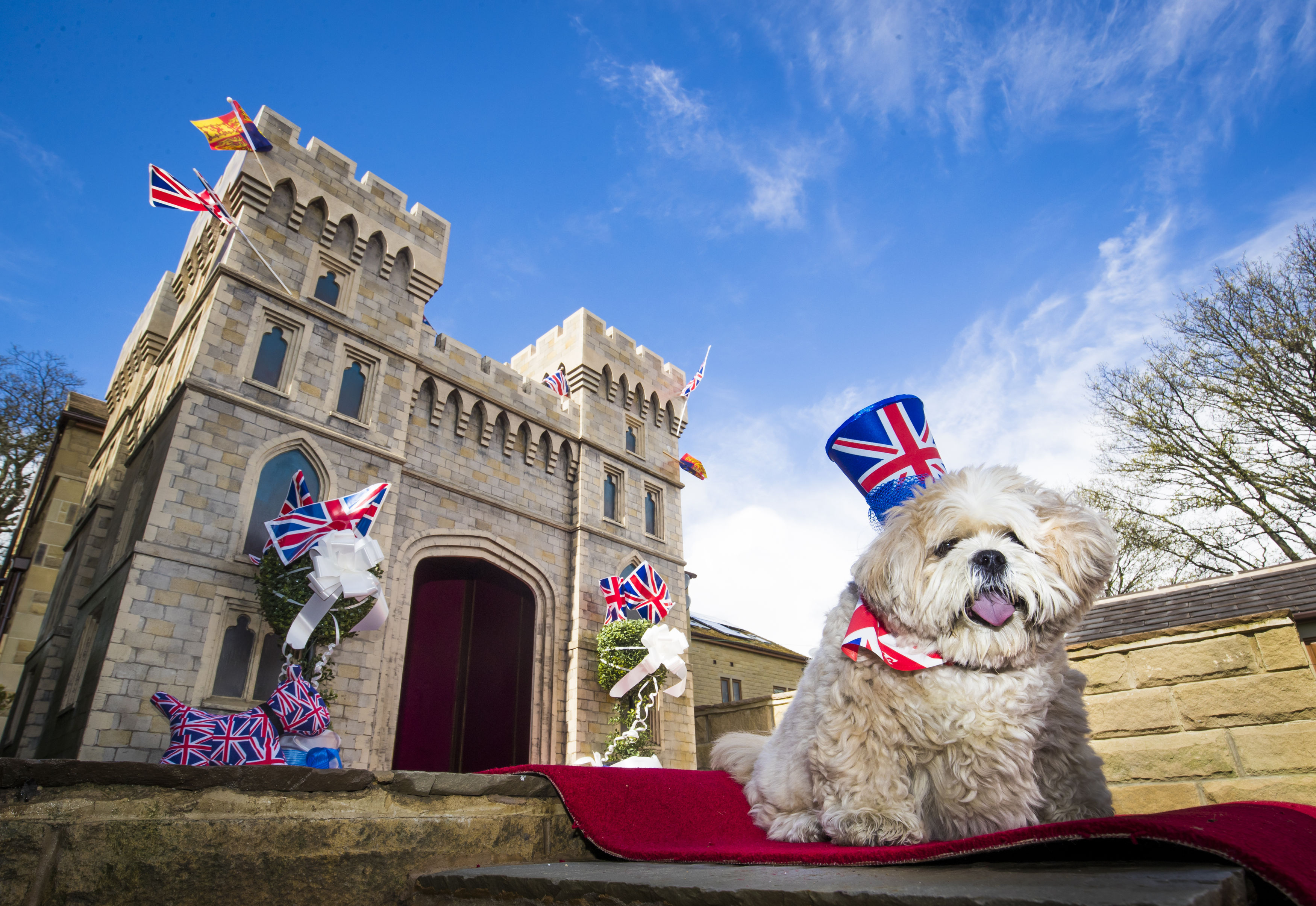 It took a seven-person team more than 240 hours to assemble the elaborate kennel, which is based on the King George IV Gate at Windsor Castle. It’s been created to the scale of the actual castle and the inside is lined with plush red velvet.

“On the royal wedding day, he’s going to have his tuxedo on and a little top hat,” Crossland told The Express. Indeed, he will be obeying the royal wedding dress code. And after the day is over, Crossland is looking for a new home for the miniature model. She’s considered donating it to the newly-named royal baby, Prince Louis, as a playhouse.

The actual royal wedding was going to be, sadly, without a dog, since Queen Elizabeth recently lost her last royal corgi. Now, Archie will add a much-needed canine touch to bless Prince Harry and Markle’s union. 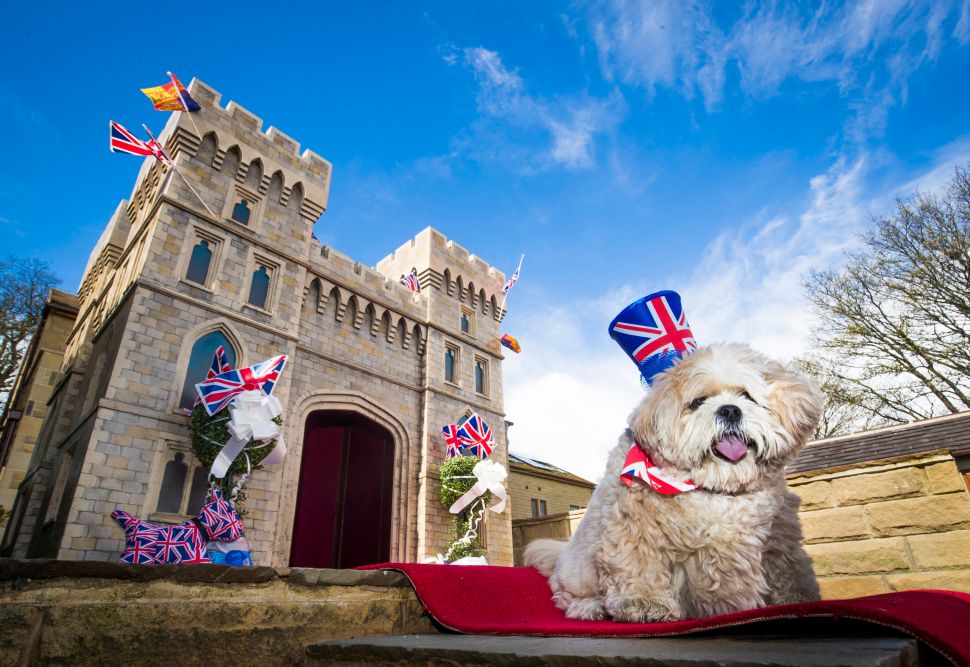