The Soviet Empire pioneered warfare that exploited paradoxes in the capitalist system. But in today’s multipolar world, Russian President Vladimir Putin is seeing firsthand how his disinformation campaigns unravel when contradictions arise.

After President Donald Trump threatened a “forceful” response to chemical attacks in Syria this weekend—blaming “President Putin, Russia and Iran” for the violence on Twitter— Russian online propaganda struggled to promote the U.S. nationalist movement, while also adhering to the Kremlin’s support for Syrian President Bashar al-Assad.

Many dead, including women and children, in mindless CHEMICAL attack in Syria. Area of atrocity is in lockdown and encircled by Syrian Army, making it completely inaccessible to outside world. President Putin, Russia and Iran are responsible for backing Animal Assad. Big price…

“This is an issue where it gets a little sticky actually with their messaging. Typically what we see here is a pro-Trump message,” Bret Schafer, an analyst for the Alliance for Security Democracy, told Observer. “Right now, I’m not seeing anything directly going against what Trump said this weekend.”

“It’s messy and it requires some nuance,” added Schafer. “How do you discredit the message and not the messenger? The messenger is so close to this audience who they typically target with this material.”

The most shared link within the Russian network on Monday was a Newsweek op-ed from February titled, “Now [Secretary of Defense James] Mattis Admits There Was No Evidence Assad Used Poison Gas on His People.” Also trending was an article from the state-sponsored media outlet Russia Today: “No trace of chemical weapons at alleged attack site in Douma – Russian military.”

Most trending stories questioned the official U.S. narrative of events.

“Today most of the dashboard is almost all Syria-related,” explained the analyst. “Anytime there’s an escalation, they drop talking about [American issues], like gun control and the NFL debate, to focus exclusively in on Syria.

“As soon as Russia got involved, they saw different networks become engaged in these ISIS-recruitment types of videos online that were traced back to Russia,” said Schafer, noting how Russian disinformation campaigns gradually expanded outside the region to European and American politics.

Today, even amid massive political upheavals across the world, Syria remains “the number one topic of discussions by accounts on the dashboard.” But as the Russian network promotes a pro-Assad narrative, it risks diminishing its authority within the pro-Trump movement—an influence many suspect was behind Trump’s presidential upset.

“With issues like Iran and North Korea, where Trump’s position is not in-line with the Kremlin, there’s been a bit of a schizophrenic message. They’re not quite sure how to play that without alienating this audience they’ve targeted and tailored their message toward,” concluded Schafer, adding that the network currently relies on attacks against “Trump’s statements” rather than Trump himself. 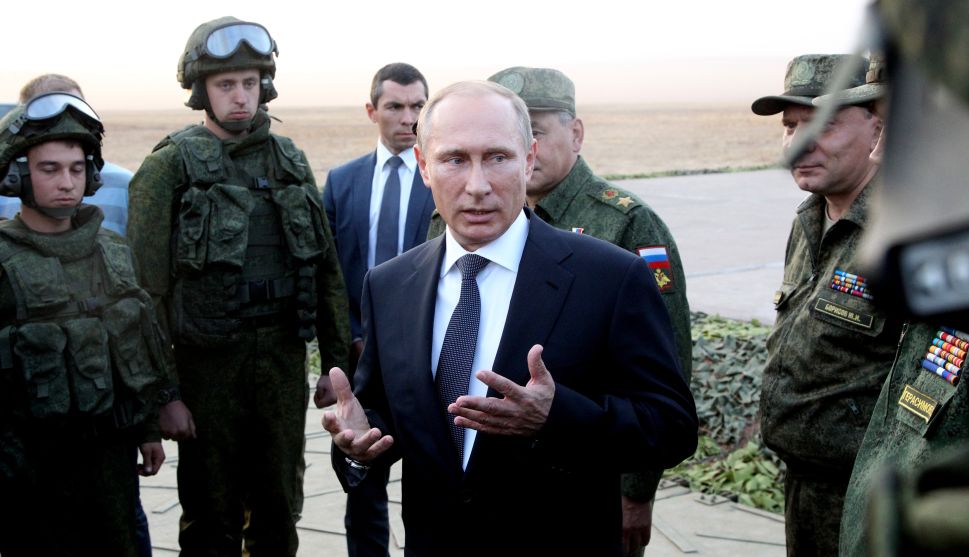