Western intelligence has been a target of Kremlin spies for penetration and disruption for a full century now, since the Bolshevik coup took power in Russia. For a hundred years, Russian spies—Chekists, to use the proper term that’s cited proudly by President Vladimir Putin, the chekist-in-chief—have sought to win the SpyWar against the West by besting our spies in the endless, dimly lit struggle between espionage agencies. Moscow’s victories in recent years, above all the Snowden Operation and the resulting espionage-propaganda offensive against the Democrats in our 2016 election, have been without precedent in the annals of Kremlin espionage.

Nevertheless, triumphant Chekists aren’t resting on their laurels. Their dishonest propaganda (properly termed disinformation) aimed at harming and discrediting Western intelligence continues unabated. As the head of counterintelligence for the U.S. Intelligence Community recently explained, Edward Snowden’s stolen trove of more than a million classified documents continues to be released, bit by bit, nearly five years after the defector landed in Moscow, doing more damage to American and Western intelligence than ever.

Western counterintelligence—that is, the people and agencies who protect Western secrets and try to prevent foreign espionage—have always been of high interest to the Kremlin and its special services. Throughout the Cold War, the KGB tried hard to penetrate Western counterintelligence agencies, frequently with an alarming degree of success, and it poured out a constant stream of vitriol and insults, often fact-free, aimed at discrediting Western counterspies.

As I explained in a recent column, Kremlin Active Measures (to use the proper term) took direct aim at Western counterintelligence:

For decades, the FBI, America’s lead counterintelligence agency, was a special target of KGB disinformation, never more than when it was headed by J. Edgar Hoover, the eccentric yet gifted man who led the Bureau for a half-century until 1972. As revealed by KGB archives after the Cold War, Soviet spies targeted Hoover for public harassment, and it worked. To this day, some Americans whisper sordid allegations about Hoover’s personal life: for instance, that he was secretly a flamboyant homosexual, even attending parties wearing a dress with a feather boa like an “old flapper.” Few know that these stories were ginned up by KGB disinformation specialists in Moscow and have no basis in fact.

Nothing has changed since the 1960s, when the Kremlin was spreading lies about the FBI. The same struggle continues today, as witnessed by skewed American press coverage alleging that the FBI is crooked, politicized and incompetent. The only difference is that while the Left propagated such myths back then, sometimes with direct Kremlin assistance, today the charge against the FBI is being led by the Right in its desperate attempt to protect President Donald Trump from his own Russian ties. The extent to which Republicans attacking the FBI today receive clandestine Russian help is unknown but needs to be ascertained, given established Kremlin tradecraft, for instance KGB involvement in spreading highly effective disinformation about the assassination of President John F. Kennedy.

Moscow is also not content to leave the past in the past. Historical examples can be employed to smear Western counterintelligence in the present too, implying that their task is illegitimate when not merely silly. Today RT, the Kremlin propaganda network formerly known as Russia Today, ran a piece castigating Britain’s Security Service, popularly known as MI5, for its past vetting of BBC employees. During the Cold War, the piece explains breathlessly, MI5 examined BBC hires—to keep out “evil and subversive lefties” in RT’s telling—to see if they possessed links to the Soviet Bloc.

This BBC vetting, RT explains, was designed to keep out members of far-left and far-right subversive organizations: Bolsheviks and Nazis, essentially. It hardly seems like an odd desire in the middle of the Cold War, not long after the defeat of Nazi Germany, to keep such extremists out of Britain’s state broadcasting agency, but RT naturally portrays this as sinister and unfair, citing one woman who claims to have been refused employment with the BBC in 1976 on security grounds and is still angry about it. Never mentioned, of course, are any reasons why the Cold War BBC might have worried about infiltration by subversives and hostile foreign intelligence services. Such things exist only in the realm of the paranoid, according to RT and its admirers. The facts, however, tell a different story.

In truth, the BBC was a prime target for Kremlin intelligence for many decades, and its ranks included several Communist spies. To take the most celebrated example, Guy Burgess, one of the notorious Cambridge Five spy ring, was recruited to work clandestinely for Soviet intelligence in 1934, and at Moscow’s request he took a job in British official circles, starting with the BBC from 1936 to 1938. While employed with the network, Burgess worked as an interview arranger, and he was careful to present Moscow’s viewpoint in a favorable light whenever possible. Burgess left the BBC to take a plum job with Britain’s Secret Intelligence Service, popularly called MI6, where he worked for 13 years, sharing countless Western secrets with his Chekist handlers, until he defected to Moscow in 1951. Clearly MI5’s vetting of BBC employees wasn’t all that effective, since Burgess did little to hide his far-left sympathies, but neither was MI6’s.

Throughout the Cold War, the BBC remained a high-priority target for Soviet espionage and propaganda, particularly its World Service, which like its American counterpart Radio Liberty, broadcast news to the Communist world in their own languages. This Western broadcasting did “immense harm” to the Soviet Bloc, in the KGB’s assessment, and the BBC World Service was regularly penetrated by Red spies—and not just Soviet ones. Tito’s Yugoslavia, as concerned as Moscow was about the BBC’s content aimed abroad, ran a whole network of moles inside the World Service from the 1950s down to the collapse of the Yugoslav federation in 1991.

In hindsight, then, MI5 vetting of the BBC seems to have been too lenient, since the number of Communist agents we now know were operating inside the network during the Cold War continues to grow with increased access to spy archives and old spies spilling secrets on their deathbeds. Contrary to RT’s assessment, the problem with security vetting of the BBC is that there wasn’t enough of it.

Not to mention that it’s pretty rich of the Kremlin to complain about any Western security vetting, given the enormous control over Russian society exercised by the Federal Security Service or FSB, the successor to the domestic side of the KGB, which dwarfs any Western domestic security agency in its size, scope, and power over the country. The FSB, which Putin headed in the 1990s, doesn’t operate above the law, so much as it is the law in Russia today. While MI5 and all Western security services operate inside a defined legal framework, the FSB can do pretty much whatever it likes—including killing regime opponents and executing false-flag terrorism—without fear of retribution or consequences, so long as Putin is in power.

In the meantime, the Kremlin’s increasingly dangerous and lawless spy agencies continue to smear the legitimate, law-bound work of Western counterspies. There’s no mystery why they do this, since these media attacks aim to weaken the very institutions charged with stopping Russian espionage and propaganda targeting our countries. Vigilance therefore is in order, and Kremlin disinformation needs to be called out for what it is. We can assume that RT’s security vetting of its employees is considerably more thorough than the BBC’s ever was. 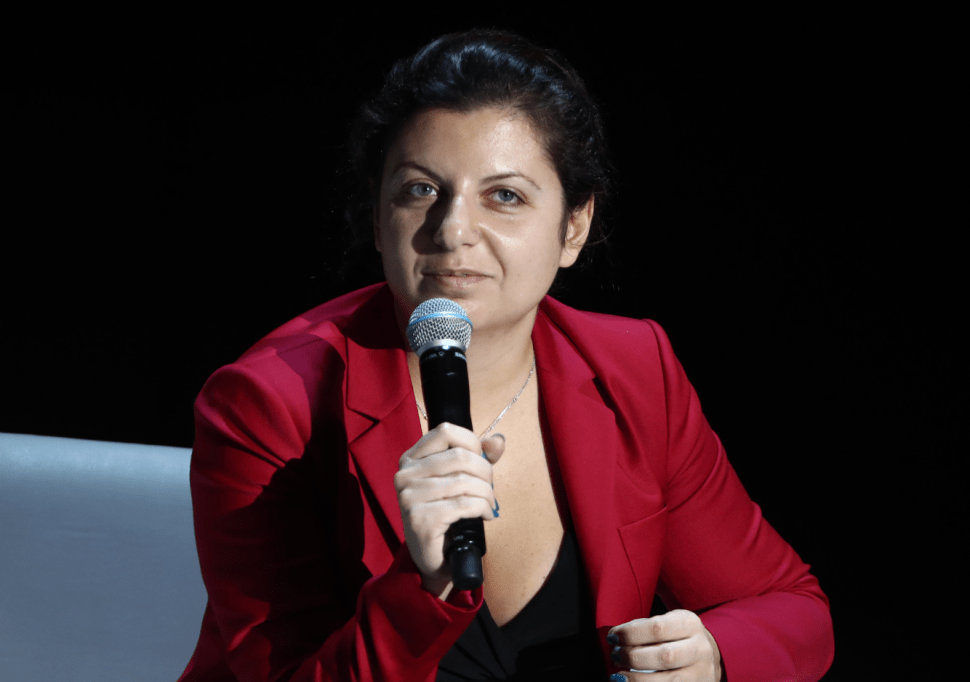