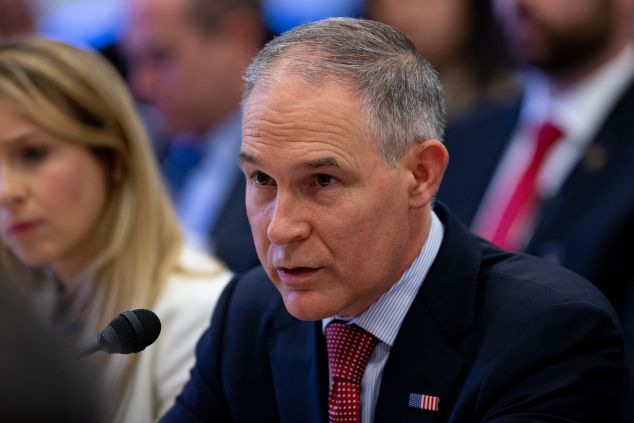 After months of trickling out, in the past several weeks the sordid revelations of Administrator Scott Pruitt’s corruption at the helm of our federal Environmental Protection Agency have been splashed sensationally across print, internet and cable news. The wanton dissipation of public resources for soundproof studios, round-the-clock security, first-class travel for Pruitt and a coterie of staff, extended layovers in Paris, and giant raises for EPA cronies plucked from the administrator’s home state of Oklahoma, among other indiscretions, are enough to turn one’s stomach. And then there’s the bombshell that Pruitt lived almost rent-free much of last year at the posh townhouse of—wait for it—the wife of a prominent lobbyist representing companies regulated by the EPA. Two more bombshells emerged courtesy of the New York Times this month: Pruitt met with said lobbyist, and he has been taking veiled bribes and favors, including buying a house in Oklahoma for $100,000 below market value, from lobbyists for more than 15 years.

And yet, the sensational headlines about corruption only scratch the surface of what is happening to environmental protection and the service of the public interest at the EPA. Since the first heady days of the Trump administration—remember the parade of staged photo-ops for the president to look busy and decisive, signing executive order after executive order?—deconstruction of our proud legacy of science-based environmental protection has been Trump’s and Pruitt’s calling card. In practice, the corruption and cynical mendacity required to excuse it are the gateway to an EPA that actively undermines its own mission.

At least, the imbroglio isn’t entirely partisan; many conservatives are rallying to Pruitt’s defense, and the Wall Street Journal editorial page claims the “green political machine” is agitating over trifles because liberals don’t like Pruitt’s politics. In fact, the Wall Street Journal has the political controversy over Pruitt backwards: No party likes corruption, but Trump is willing to give carte blanche to Pruitt because Trump’s backers see Pruitt as a deregulation warrior and “one of the most effective members” of his cabinet. While Pruitt’s reputation as a regulation-shredder is somewhat overblown—at least some observers think his haste and recklessness will get many of his regulatory gambits overturned in court—it is precisely that reputation that endears him to the commander-in-chief. Conservatives say so openly: A letter that arch-right party elders sent to Trump on April 6 “thanked Trump for sticking with Pruitt, one of their ideological brethren, and said, in essence, that Pruitt’s policy accomplishments made him worth the trouble,” according to Politico.

Let’s get one thing straight: One can believe both in protecting the environment and in minimally burdening businesses and the general public with regulations and government bureaucracies. The two American founding fathers of environmental protection—the national park system and EPA—were Republicans Teddy Roosevelt and Richard Nixon, respectively.

Fundamentally, environmental protection is about studying pollution sources and impacts and putting in place rules to rein them in. It’s these serious, labor-intensive pursuits that justify the EPA’s thousands of employees, from scientists to lawyers to inspectors, and its budgetary allocations from Congress.

On Trump and Pruitt’s watch, EPA leadership has been summarily and systematically dismantling all three pillars of environmental protection: scientific inquiry and informed rule-making; perpetuation of rules and standards that hold polluters to account; and enforcement of the rules and standards on the books.

The full extent of this travesty is difficult to convey, as there have been hundreds if not thousands of actions taken by Pruitt and his staff to turn the EPA (and the Departments of Interior and Energy, our other primary federal bodies that protect the environment) into a paper tiger, purring at the feet of corporate titans. The litany is long: Disbanding scientific advisory panels. Muzzling scientists and federal employees on the issue of climate change. Scrubbing climate change information from government websites. Excluding scientists and their studies from EPA proceedings. Rolling back existing and proposed rules, such as the Clean Power Plan, methane emissions standards for oil and gas wells, and “CAFE” vehicle fuel efficiency standards that reduce greenhouse emissions, improve air quality, and save consumers money, but which are inconvenient and costly for a small number of politically powerful energy, utility, and automotive companies. And, of course, neglecting the worst environmental crises, such as lead in drinking in Flint, Michigan and scores of other cities, likely leading to illness and impaired brain function.

These actions are all part and parcel of the free-for-all in the Trump administration, which at every turn flouts the rule of law, scorns expertise, and undermines the mission and value of government services.

But, you say, countries do this the world over. Why should we be so different? Just loosen up and enjoy the party, right?

Not so. Take China: Last month, the Chinese government announced the formation of a new, powerful Ministry of Ecological Environment. This is no mere window dressing; the national 2018 government work plan calls for “closing inefficient coal and steel plants, increasing China’s electric car fleet, banning waste imports, and hardening pollution standards and enforcement.” This follows on aggressive moves to shutter coal power plants, coal mines, household coal stoves, and factories in Beijing and around the country in recent years, as well as the January launch of a national cap-and-trade system on carbon emissions.

Or the scores of countries worldwide racing to tackle climate change. Following the landmark agreements in Paris in 2015, Kigali on refrigerants and Montreal on airplane emissions in 2016, and global climate summits in France and California last year, action to rein in emissions and help ourselves and the world’s vulnerable adapt to the impacts of climate change remains a top priority—except in Washington.

It’s true that most countries around the world have been guilty of environmental degradation and corruption for decades. Yet their leaders have recognized that clean air, clean , a level playing field for environmentally-friendly technologies, and accountability for polluters are hallmarks of development and too important for their nations’ health, wellbeing, and economic future to neglect.

The rationale for environmental protection is straightforward. When will we in the U.S. come to our senses?

Andrew Eil is an independent consultant with expertise in climate change and clean energy policy, international development and sustainable investing 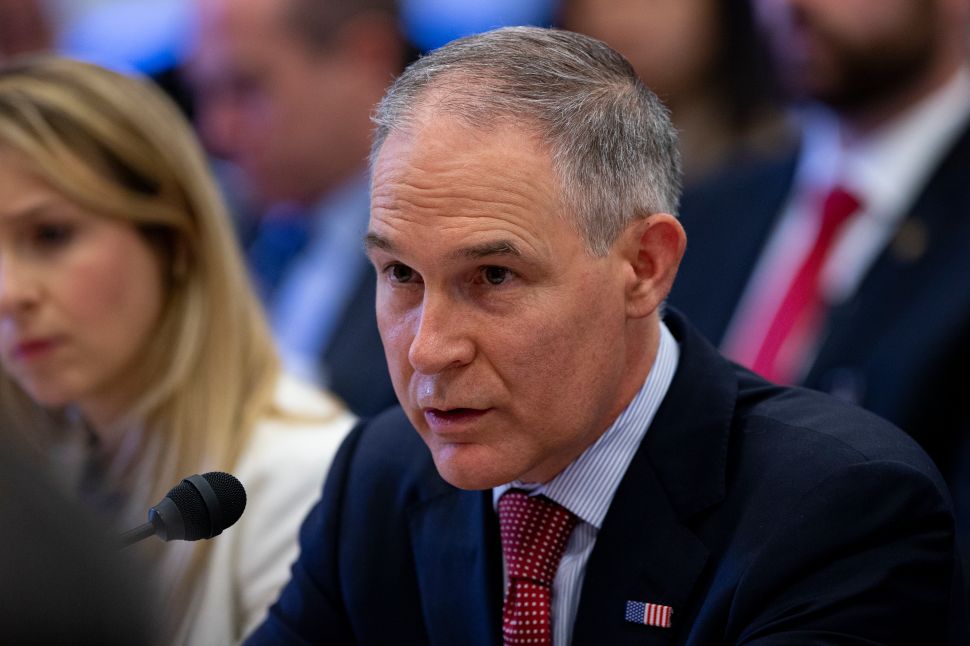