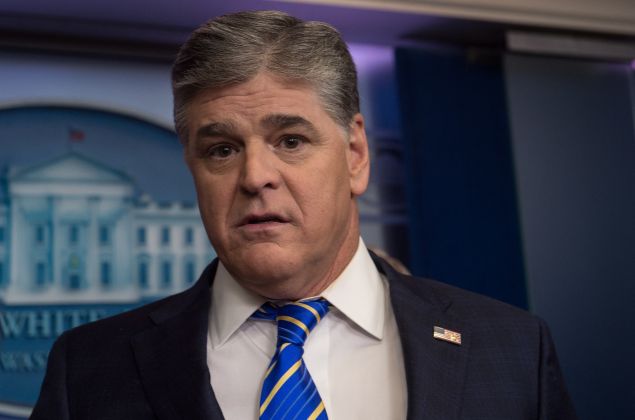 Next, Hannity got surprised on his own TV show by Alan Dershowitz. The Harvard law professor told Hannity that he should have revealed his legal relationship with Cohen last week, when he angrily defended Cohen after federal agents busted Cohen in New York.

Hannity must have felt sandbagged. He’d tried set up Dershowitz with a different question about a chronic Hannity gripe regarding the anti-Trump dossier compiled by British ex-spy Christopher Steele in the 2016 campaign. But Dershowitz wrote his own script.

“Well, first of all, Sean, I do want to say that I really think you should have disclosed your relationship with Cohen when you talked about him on this show,” Dershowitz said.

After a few more words over a few more seconds, a flustered Hannity interrupted and tried to offer an excuse.

“You-you-you understand the nature of it, professor?” Hannity said. “I’m gonna deal with this later in the show.”

That’s curious. Most shows on cable news—even on Fox—were dealing with it much more than Hannity. And this was the 19th minute of a 60-minute show. Sure, Hannity teased the issue briefly in the show’s opening. But he ignored totally the ethical aspect of his failure to come clean about his ties to the man he defended.

He didn’t get around to discussing Cohen until the 58th minute, after a self-indulgent mashup of sound bites showed many other newscasters speaking the word “Hannity.” Then Hannity repeated canned statements from the afternoon about how Cohen never really represented him in legal matters.

There’s irony here with all this law-talkin’ involving Hannity. For more than two decades, Hannity has turned his Fox hour into a right-wing kangaroo court, with Hannity as the crooked prosecutor who asks questions loaded with twisted innuendo and misleading insinuation.

In boxing terms, Hannity is a cheap-shot artist and sucker-puncher who hits below the belt and after the bell to support white racism, exploiters of financial wealth, environmental polluters and war mongers.

He’s good at what he does. His ratings lead all cable news, most of the time, although Rachel Maddow on MSNBC actually beat him last month in the 9 p.m. hour in both total audience and the prime demographic.

Now that it is known that Hannity has close ties to two people under federal investigation—Cohen and Trump—perhaps Hannity might get a chance to swear an oath himself on a Bible to testify to the truth, the whole truth, and nothing but the truth in a court room or, maybe, to a congressional committee.

In the true spirit of Hannity’s interrogations on Fox, here are a few questions Hannity should answer under penalty of perjury:

As you might expect, both CNN and MSNBC covered the Hannity scandal far more than Fox. On CNN’s AC-360 with Anderson Cooper, media watchdog Brian Stelter wondered about Hannity’s legacy.

On MSNBC’s All In, host Chris Hayes seemed almost gleeful and could not keep the smile off his face. One of his contributors, Emily Jane Fox, described the tense mood in court just before Hannity was exposed.

“Such a reality show moment,” she said. “The energy in the room felt like the whole court was going to explode.”

In the next hour, Maddow—smiling—quoted a written report from NBC’s Tom Winter about the instant Hannity’s name was announced.

“Those gathered in the court room gasped,” she read. “The mouths of reporters dropped open. Some struggled not to laugh.”

The smiles carried over to the 10 p.m. hour where Lawrence O’Donnell, host of The Last Word, welcomed frequent guest Michael Avenatti, the lawyer for Stormy Daniels. She is one of Trump’s sexual friends from the past.

Avenatti—who sometimes exaggerates and fantasizes—had a dire prediction about Hannity, who insisted Monday he has a right to privacy. The fight to keep Hannity’s name secret was made by Trump’s lawyers at Hannity’s request. What could they possibly be hiding?

“His world just exploded,” Avenatti said of Hannity. “There is no question in my mind that there is one or more documents with Sean Hannity’s name on it that Michael Cohen does not want disclosed.” 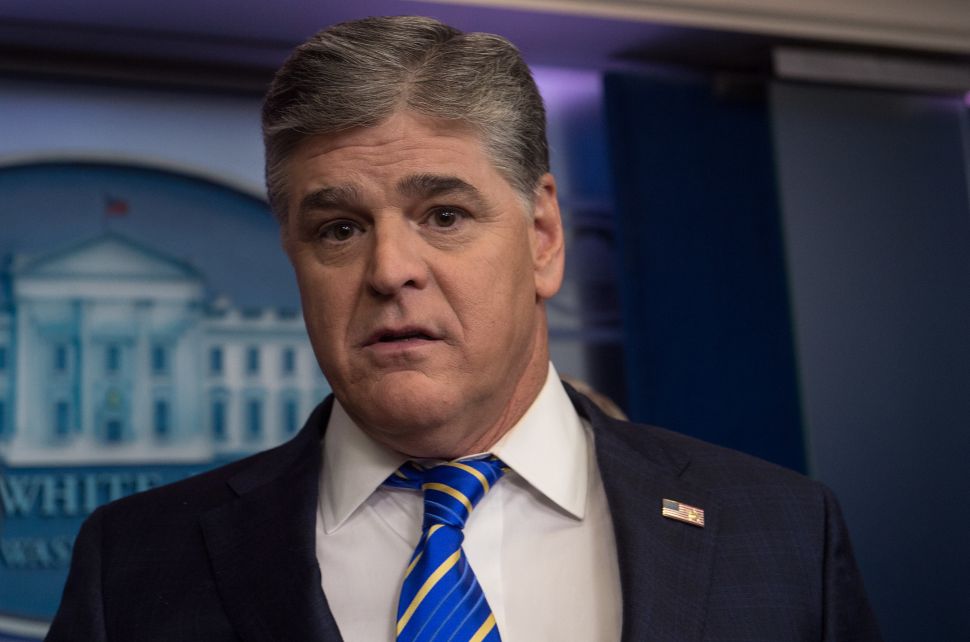