Yesterday, a day after a Chinese space lab crashed into the Pacific Ocean, SpaceX and Surrey Satellite Technologies launched a potential solution to clean up dangerous space debris.

The Tiangong-1, also known as “Heavenly Palace,” had been tumbling adrift in orbit since the Chinese National Space Administration (CNSA) lost control of it in 2016. As Tiangong-1 circled the Earth, projections of when or where the space lab would fall out of the sky were increasingly difficult to create. Tiangong-1 station fell apart piece by piece, reducing its weight while also creating aerodynamic drag that changed its flight path. Further complicating matters, Tiangong-1 was orbiting the Earth at a breakneck speed of over 16,000 mph. Though it was initially expected to crash somewhere on Earth at the end of 2017, Tiangong-1 finally fell out of the sky and into the Pacific Ocean at 5:16 PST on April 1, 2018.

“A large part of the uncertainty stems from a layer of Earth’s atmosphere known as the thermosphere. Solar activity from the Sun can cause gases in the thermosphere to soar to higher altitudes and increase density. This then increases drag on Tiangong-1 quite quickly and drags the craft down quicker,” Chris Gebhardt, assistant managing editor of NasaSpaceFlight.com, told Observer. “Likewise, Tiangong-1 was also spinning and tumbling. And this spin-tumble combined with somewhat rapid changes in thermosphere density created the uncertainty we see in the reentry timeframe.”

Considering it had a shifting impact area and imprecise reentry time, why didn’t anyone shoot it down? The answer is space debris—and a lot of it. In 2007, for example, China fired an anti-satellite missile to destroy an object in space that resulted in nearly 150,000 individual fragments of metal and composites spraying in all directions.

Debris has become a major issue for space operations. There are swaths of garbage and unused components from previous missions zipping around the world at thousands of miles per hour. Left unchecked, errant debris forces satellites and even the International Space Station to use crucial fuel reserves to adjust their flight paths to avoid cataclysmic collisions. A piece as small as a marble can easily destroy a spacecraft due to the velocity at which it travels. Collisions give rise to more debris, so one collision could set off a catastrophic chain reaction of impacts with other objects in space.

As the world awaited Tiangong-1’s fiery reentry, SpaceX and Surrey Satellite Technologies teamed up to launch a set of small satellites to help reduce space debris. The experiment, named NanoRacks-RemoveDebris, caught a ride to orbit on a resupply launch from Florida yesterday aboard a Falcon 9 rocket.

Once in orbit, RemoveDebris will launch two small satellites that imitate orbital debris. The first satellite will use a balloon-like structure to capture debris with a net, similar to fishing in the ocean. The other satellite will use a harpoon method to reel in debris. Once their trials are complete, RemoveDebris will deploy a plastic net to create atmospheric drag, pulling itself down to a calculated death by fire in the atmosphere. If NanoRacks-RemoveDebris is successful, it could be a solution to clearing dangerous debris.

“Every week, on average, a substantial, inert satellite drops into our atmosphere and burns up,” the European Space Agency (ESA) claims on their space debris tracking website. The dangers of space debris are a worldwide issue, and Tiangong-1’s uncontrolled descent highlights the need for space agencies to clean up after themselves. 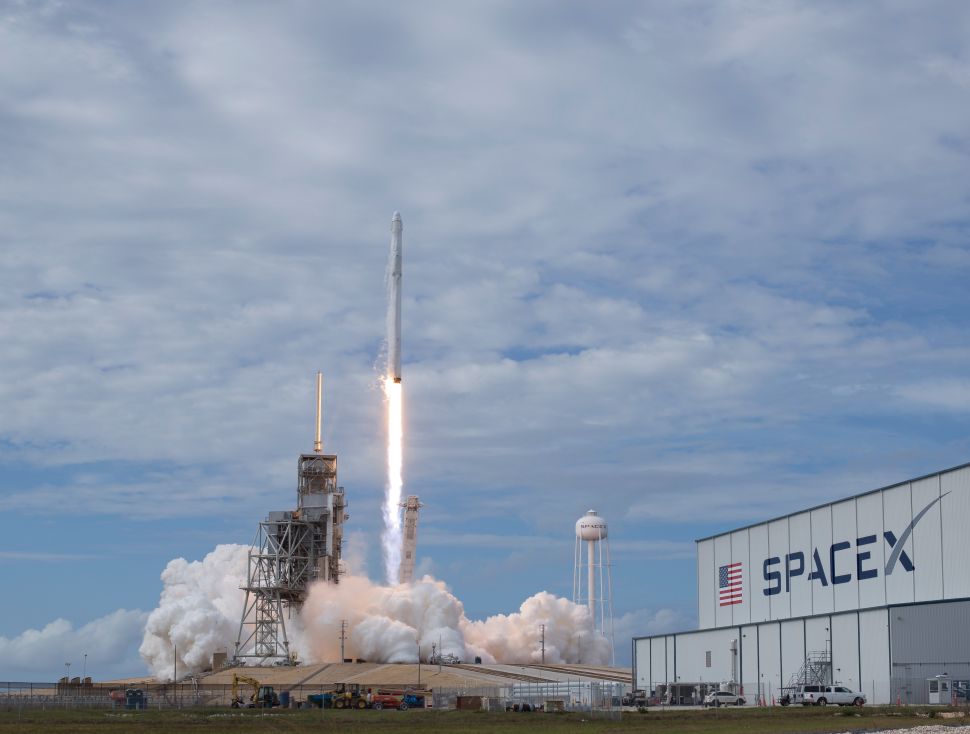