The big screen Star Trek franchise is at a major crossroads at the moment after 2016’s Star Trek Beyond scored well with fans but underwhelmed at the box office. Since then, we’ve heard all sorts of rumors about which direction Paramount wants to take the series going forward.

Shortly after Beyond‘s release, the studio announced a fourth film in the franchise that would play around with some wonky time travel so that they could reunite Chris Hemsworth’s George Kirk with his famous on-screen son, played by Chris Pine. The Wrap reports that Simon Pegg, who co-wrote Beyond and stars as Scotty in the rebooted series, is working on a sequel script of his own with writing partner Doug Jung.

And, most famously, Quentin Tarantino has reportedly been shaping his own Star Trek film for Paramount, which will be quite interesting.

So, what’s really going on?

Star Trek star Zachary Quinto, who plays Spock, talked a bit with us about what’s in motion during a recent interview and revealed that the studio is keen on making at least one more entry in the series, if not more.

“I mean the only thing I can say is there’s a lot of energy around more movies,” Quinto told Observer. “Which ones are going to happen, which ones might happen first? I can’t really say, I don’t know honestly. I know there are lots of conversations being had about it. I know there are plans afoot to do at least one if not more movies.”

He added: “I know Paramount, under their new administration, is eager to keep the franchise going. I feel like as soon as we go reconvene and then there’s a script that the studio believes in and a director, whether it’s Quentin or somebody else, that comes up… Hopefully, we’ll move it all forward. I’m pretty sure Quentin is doing his other project, which he wrote, so that might kind of contextualize things in terms of the chronology of how we might make more than one movie, if we make more than one movie.”

Fans of Tarantino’s have long hoped he might dabble in the sci-fi genre, though few expected the original filmmaker to jump into one of the most well-established franchises in all of entertainment. It’s an unusual marriage, but its potential has audiences and cast alike excited.

“Man, I would love it,” Quinto said of Tarantino helming a Star Trek picture. “We would all love it. I’ve been a fan of Quentin since the first movie, which I think was Reservoir Dogs. I have just always been an admirer of his unique brand of storytelling, and I feel like to interlace that with the Star Trek universe would be a real dream. It would be amazing.”

He continued: “It feels kind of foreign in a way but if you really break it down and look at it, I think it makes kind of perfect sense. I would love to see that happen, I know all of us would.”

The potential of a Tarantino-led Star Trek adventure has certainly piqued interest across the board, but it remains an unconfirmed possibility at this point. The director is currently busy at work on Once Upon a Time in Hollywood.

Right now, Paramount has several balls in the air when it comes to their most valuable franchise. Hopefully, we’ll receive some clarity on the future of the series soon. 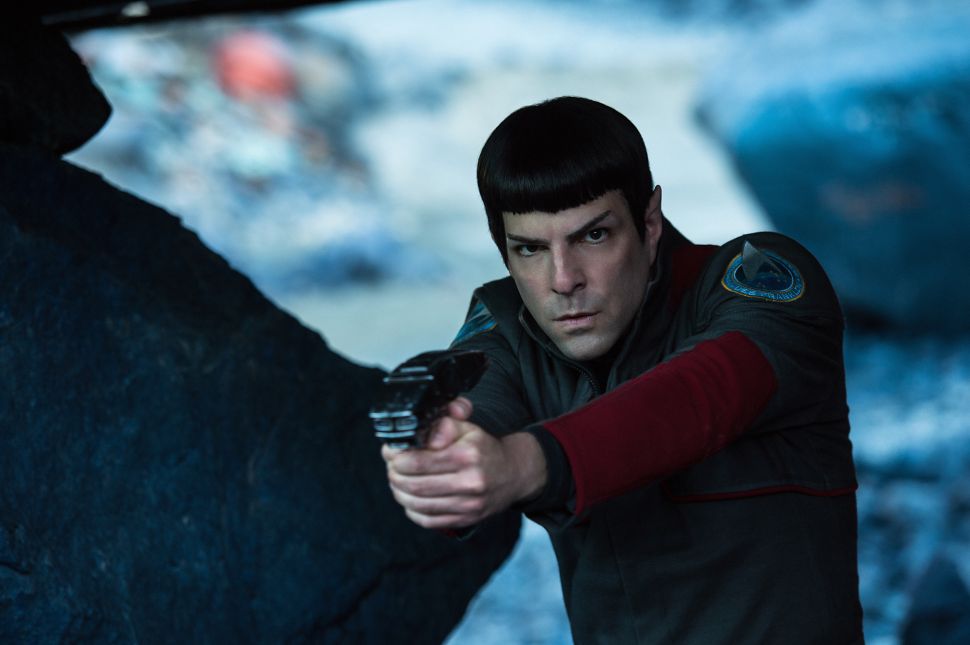