On May 29, Starbucks junkies will have to look elsewhere for their caffeine fix.

The coffeehouse chain announced Tuesday that it will close all 8,000 of its U.S. stores that afternoon so 175,000 employees can undergo a training on racial bias.

This announcement followed a social media uproar over the arrest of two black men who were waiting for a friend at a Philadelphia Starbucks last week. A manager called the police even though the men were simply sitting quietly.

Starbucks executive chairman Howard Schultz told CBS This Morning that the manager in question had left the company, but her actions had still reverberated.

“This was a galvanizing moment for the entire company,” he said. “We need to address it with transparency and honesty.”

As such, Starbucks is developing this training with help from groups like the NAACP and leaders like former Attorney General Eric Holder (who also oversaw last year’s probe into Uber).

Starbucks’ attempts to bridge the racial divide have met with little success—its 2015 “Race Together” campaign went viral for all the wrong reasons.

“Nobody should be asked to leave Starbucks,” he said.

The fact remains, however, that millions of customers will be left without a coffee shop to call home for the afternoon on May 29. And this won’t just have economic effects—it could also be a health hazard.

Dr. Sanjiv Chopra, a professor of medicine at Harvard Medical School, told Observer that caffeine withdrawal has both physical and biological factors.

And even though most customers will likely just go to another coffee shop for the afternoon, Chopra said some could face real deprivation “if they’re not able to get their tall Americanos.”

Among its many advantages, coffee helps lower the risk of cancer, Parkinson’s disease and type 2 diabetes. It can even combat high blood pressure.

It’s because of these health benefits that coffee is the most consumed beverage in the world, with over 2.25 billion cups drunk every day.

Of course, some people would say that it’s not worth drinking coffee in the afternoon, period.

Coffee boosts the levels of cortisol in the body. Cortisol is a stress hormone which regulates humans’ circadian rhythms—the cycle by which we fall asleep and wake up. It also helps people feel more awake, so drinking coffee later in the day can wreck their sleep cycles.

“If I drink coffee after 5 P.M. I’ll be up all night and be very wild,” Chopra said. “But for slow metabolizers, the impact doesn’t cause insomnia.”

As a general rule, Chopra recommends not drinking coffee less than six hours before bed. But again, results may vary.

But if Starbucks junkies feel like kicking the habit after their first coffee-free afternoon, Chopra pointed out there are many alternatives that can give a caffeine boost, such as tea or Coca-Cola.

So convenience stores and gourmet tea shops like Teavana had better prepare for increased customer volume at the end of May. 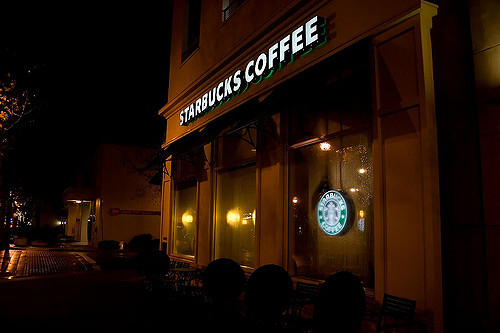