When Americans come back to work on the Tuesday, May 29, after the Memorial Day weekend next month, they will have to get their afternoon grande latte elsewhere, because Starbucks will close all its U.S. stores for the afternoon to do a company-wide employee training on racial biases.

Starbucks announced the temporary store closing on Tuesday as the latest move to calm the public uproar after two black men were arrested for loitering at a Starbucks store in Philadelphia last Thursday.

The arrest prompted an angry protest from the local black community and an outcry on social media. Starbucks CEO Kevin Johnson has since embarked on an apology tour to Philadelphia to calm the storm.

Starbucks currently runs 9,413 stores in its American market, which includes the U.S., Canada and Latin America. Based on Starbucks’ latest quarterly revenue for April 2017 through July 2017, an average store in the region bags in $4,700 daily.

That adds up to a total daily revenue of $38.4 million for the 8,222 Starbucks stores in the U.S. Considering that the stores will only be closed for an afternoon, which accounts for about a third of regular business hours, actual impact of the store closing will run around $13 million.

It will be Starbucks’ second time to close stores for staff training in over a decade.

In February 2008, then-CEO (and founder) Howard Schultz ordered a three-hour nationwide closedown to train employees how to brew a better cup of coffee.

Shultz said the store closing was “most powerful in its symbolism” and “a galvanizing event” in his 2011 book Onward: How Starbucks Fought For Its Life, according to a Business Insider excerpt.

In an interview with CBS This Morning on Wednesday, Shultz, now the company’s executive chairman, said he was “embarrassed” and “ashamed” about the incident.

“There’s no doubt in my mind that the reason that they [police] were called was because they were African-American,” Shultz said. “That’s not who Starbucks is.”

“[The store closing] will cost millions of dollars, but I’ve always viewed this and things like this as not an expense, but an investment in our people and our company. And we’re better than this,” he added.

On 5/29, we'll close US company-owned stores to conduct racial-bias training to address implicit bias & prevent discrimination. We're taking a hard look at who we are as a company. We’re ashamed & recognize that racial bias is a problem we must address. https://t.co/xIYc75BJPj 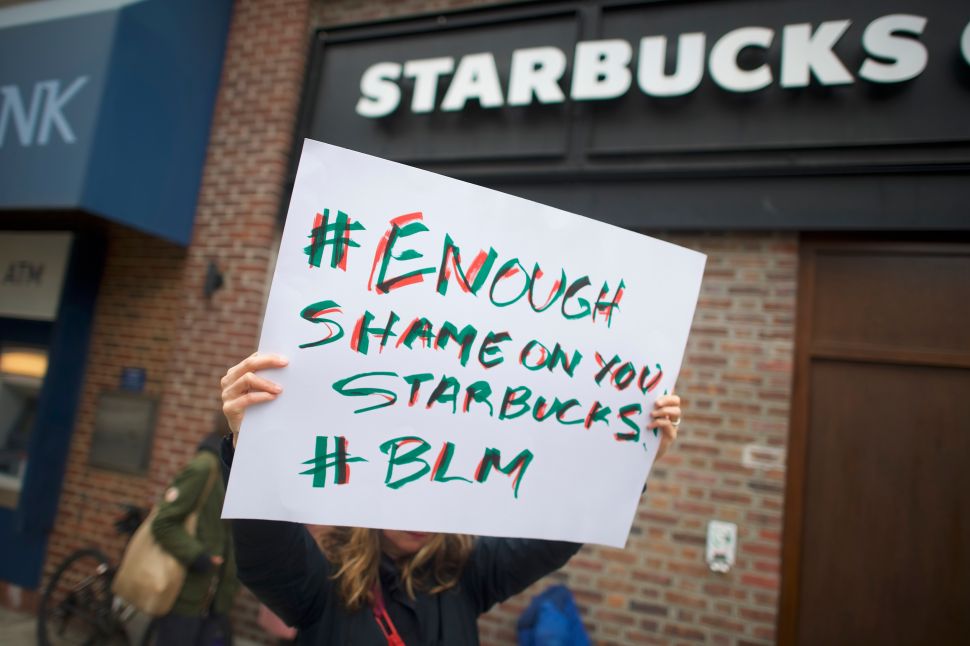