Sting and Trudie Styler have left the Upper West Side, at least for the time being. The couple parted ways with their palatial duplex penthouse at 15 Central Park West late last year, and now they’ve made their next move. They went in a very different direction than the classic, Robert A.M. Stern-designed limestone, for which they apparently netted around $50 million.

Late Pritzker Prize-winning architect Zaha Hadid designed the West Chelsea building; it was her first residential project in New York, and one of her last completed buildings before her death in March 2016. The curvy, futuristic style of the spaceship-like building has garnered attention since its inception—the Society of American Registered Architects’ New York Council named the building its Project of the Year in 2017. Evidently, Sting and Trudie have wide-ranging aesthetics.

Perhaps this is where Sting is staying when he’s not busy jetting back to England and preparing for his performance at Queen Elizabeth’s birthday celebrations, where he is casually teaming up with Shaggy for the monarch’s 92nd fête on April 21.

It’s not clear exactly which apartment the couple is renting out, but a two-bedroom, 2.5-bathroom unit with a south-facing balcony was rented at the beginning of March, per StreetEasy records, last asking $16,000 a month. Or, perhaps it’s the condo that went off the market for nearly $18,000 a month in November 2017—the only difference in the pretty much identical apartments is that the more expensive unit spans 2,156 square feet, while the other comes to 2,147 square feet. It’s definitely pricey, but considering Sting’s net worth has been estimated at more than $300 million, it won’t be making much of a dent. It’s also nothing compared to what a similarly sized unit goes for at 15 CPW—one is currently on the market for $46,000 a month.

The residences feature wide-plank stained oak floors and floor-to-ceiling windows throughout, with views of the adjacent High Line. Hadid designed the open kitchen in collaboration with Boffi; it has a sculptural marble island and Gaggenau appliances. The master suite has a walk-in closet, with a black marble bathroom complete with a free-standing soaking tub and separate glass shower.

And while über lavish amenities have become almost commonplace in luxury buildings, the 75-foot skylit lap pool and spa suite with a hot tub, plunge pool, massage beds, sauna and steam room (all reservable for residents) does stand out, as does the iMax movie theater—it’s actually the only private one in New York City. Our personal favorite is the definitely necessary robotic parking system, which brings residents their storage, car, belongings and anything else they need via robots á la a sci-fi movie.

Of course, these are only temporary lodgings for the couple. Sure, they might decide to buy into the geometric-style condo, but it’s rumored they have their eyes on something a bit further uptown—they reportedly are looking at yet another Robert A.M. Stern-designed building; the also-limestone 220 Central Park South, which is expected to begin occupancy this year. 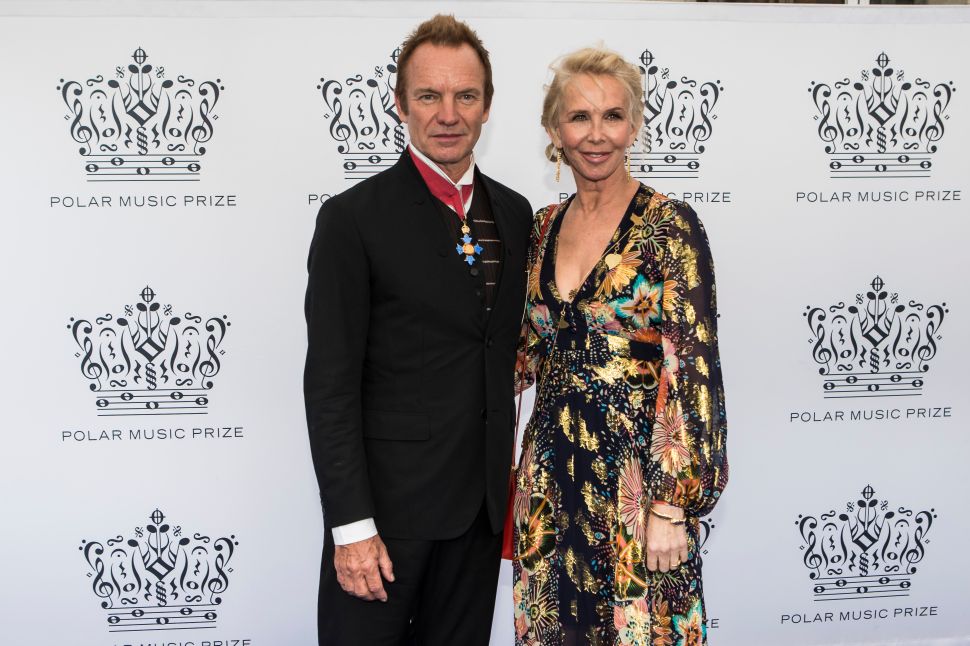