The network that began as a must for all sports fans is now struggling just to survive. Can ESPN get back in the game?

There was a time when fanatics couldn’t imagine going a day without spending some serious time tuned into their only channel for all things athletic. But those days are gone—the once giant network has lost approximately 13 million subscribers in the last seven years. Now, the beleaguered entity is desperately trying to hang on not only to viewers, but its identity as the worldwide leader in sports—which happens to be the its tagline.

Just in the past few weeks execs have made some curious decisions, seemingly to try to prove the network’s relevancy—but it kinda just looks like they’re grasping at straws.

Back in 1979, when ESPN first hit the airwaves, they were the only game in town. Now, the market is cluttered. NBC Sports, CBS Sports and FS1 as well as the regional Fox Sports Network channels carry a multitude of live events and coverage. The NFL network, NBA TV, the NHL channel and the MLB network have also segmented the market with targeted coverage of major leagues.

So, what has ESPN done to up its game?

The first move was to lay off nearly 250 employees in 2017…and then raise the price of the channel for subscribers. Rational thinking would be to lower the price to attract more viewers to sign on, but that’s not the way things went down.

Then, earlier this month, ESPN added a new morning show—one that airs live on at 7 a.m. EST (replayed three hours later on ESPN 2 for those waking up on the West Coast) and that features quick interviews and talking heads. So basically exactly the same as all the other “analysis” shows they host. The new entity is called Get Up!, but in the two weeks since its debut…apparently nobody is. It tanked in the ratings in its first week with a dismal average of 259,000 viewers. The first four episodes were down a whopping 24 percent compared to last year’s programming in the same time slot.

The real question here is why ESPN is even trying to boost their cable presence when nearly every fan has already migrated to the internet where scores, highlights and even full games are just a click away.

Enter ESPN+, the networks’ brand spanking new streaming service, which they announced on April 2 and that was carrying content as of last Friday. Could this be a step in the right direction? The the service clocks in at $4.99 a month or $49.99 a year, and will air over 180 MLB games and NHL games, year-round boxing, over 250 soccer games, PGA and tennis events, as well as college games, and rugby and cricket matches.

Doing a cost analysis, purchasing the cable channel through a provider costs about $9 a month, so this could seems like a win for the cord-cutters, and something that might lure them back to the one-time hub for sports.

But wait! What’s not included in the streaming service? Live access to ESPN’s main channels like ESPN and ESPN 2. For those, you’ll still need a cable subscription to authenticate and watch.

Network execs describe the streaming service as a way to “complement” the channels, not replace them.

Will fans pay for both? The odds are likely that they won’t. So there goes SportsCenter, Sunday Night Baseball and Monday Night Football, programs that will only be shown on the flagship networks, and the ones that ESPN pays big bucks to broadcast.

The network is hoping to draw viewers to ESPN+ with niche sports, magazine shows (E:60) and documentaries (like OJ: Made in America) and exclusive 30 for 30 content. The service will also air exclusive programming including a Kobe Bryant basketball analysis series and an inside the NFL draft show.

All of this sounds like a big sweeping plan, but let’s remember, it took ESPN thirty years to introduce a live West Coast version of SportsCenter… and then did absolutely nothing new with it. So there’s reason to be skeptical that even if this could be a ratings-boosting strategy, ESPN would know how to implement it to really make it work.

For a network that features high-speed sports that require precision timing, ESPN is startlingly slow to respond to the changes in viewer environments. Can they pull out a win in the end? Only if they can figure out a better way to play the game. 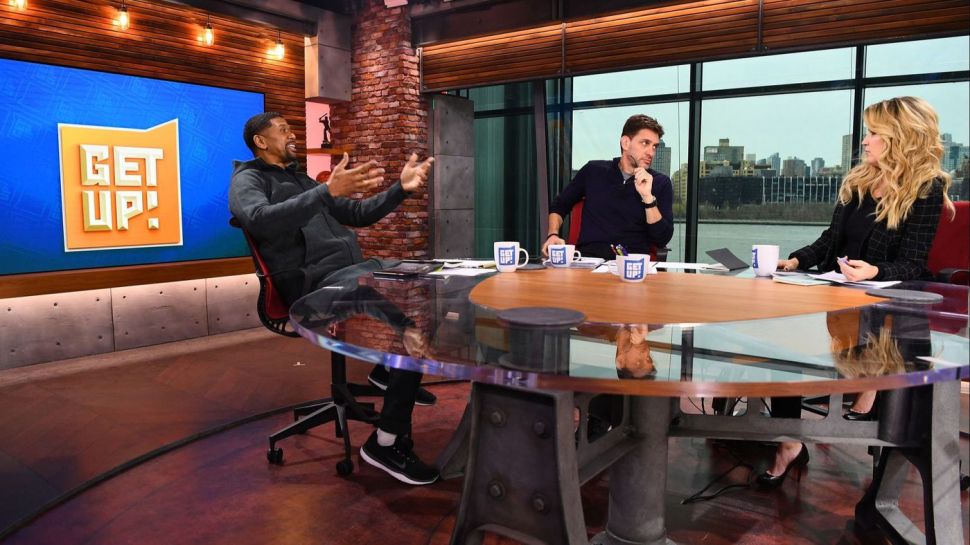