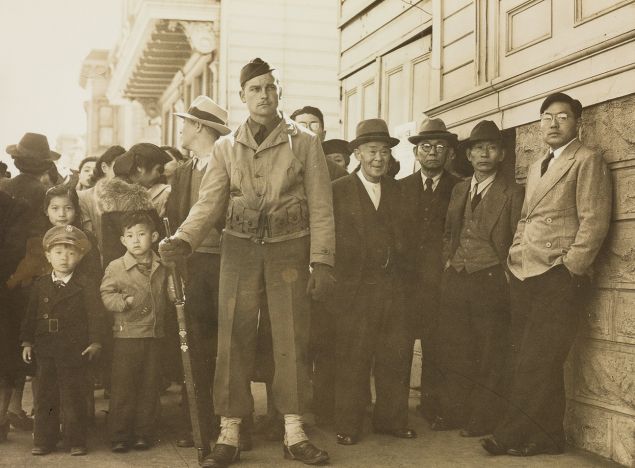 A group of five rarely seen images by famed documentary photographer Dorothea Lange—best known for taking eye-opening images of rural poverty during the Great Depression—will go up for sale in Swann Galleries auctions on April 19. Sold as one lot, these photographs have largely escaped attention because, for a while, they were censored by the very people who commissioned them: the U.S. Government.

Depicting Japanese-Americans being moved to Manzanar, the first of the permanent internment camps in the California desert (which housed approximately 10,000 evacuees of Japanese descent for the period 1942-45) the images were seen to be too sympathetic towards their subjects. Though the War Relocation Authority had brought on Lange to document this event, her evident displeasure with what she was recording led them to impound most of her photographs and negatives, keeping them from being seen publicly for the duration of the war. 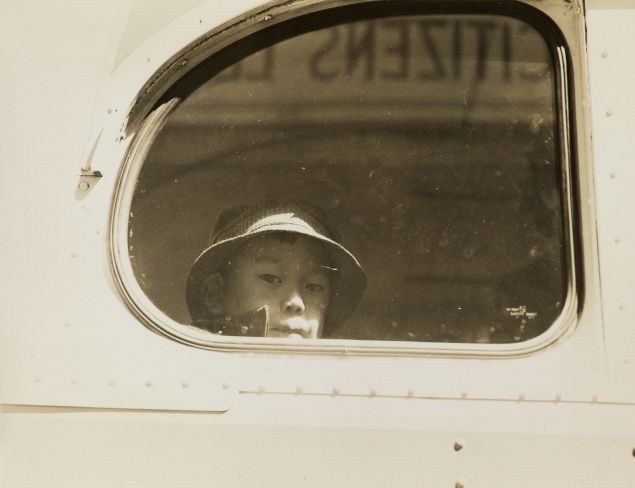 Daile Kaplan, Swann’s photography specialist, said it was “Lange’s humanist images of Japanese-American families and children” that disturbed the U.S. government, describing the time around which they were taken as a period of “strident public outcry against Americans of Japanese descent.” So, Lange was “not permitted access nor allowed to print any photographs.” Basically, her hands were tied. Still, some photographs were made from the impounded negatives. The photos Swann are auctioning are vintage prints, meaning that they were printed at or near the time that the images were taken. Kaplan doubts that Lange herself would have been the one to actually make the prints, however.

She added that the consignor of these five prints is an “Americana Collectibles expert who discovered the photographs in a press photographs archive he acquired.”

One of the images reveals the military barracks where internees were housed during what appears to be a dust storm. Two figures appear to be running for cover in this midst of the storm, and an American flag in the forefront is blown by the strong winds. Perhaps the most haunting image is of a seated elderly man in a three-piece suit next to his grandchildren, awaiting the bus that will take them to the internment camp. His efforts to retain his dignity and bearing amidst this ordeal are evident in his expression, while the faces of the young children suggest that they are not fully aware of what is taking place in their lives. 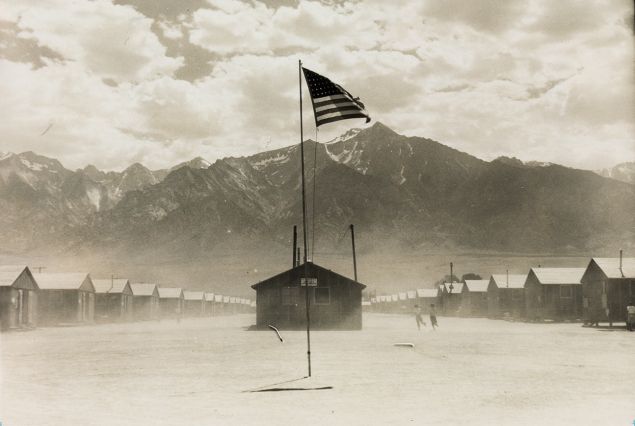 With many of these images of Japanese-American internment, Lange recorded the date, place and a caption identifying what is taking place. After the war, this series of photographs were deposited with the National Archives, where they sat for decades, unseen by the public. In 2006, Linda Gordon and Gary Y. Okihiro published Impounded: Dorothea Lange and the Censored Images of Japanese American Internment, which was the first time most of these images had ever been made available to the public. Ten years later, commemorating the 75th anniversary of President Franklin Delano Roosevelt’s executive order to intern what would amount to be 110,000 Americans of Japanese descent, the Washington, D.C.-based Anchor Editions produced a limited run of these images. 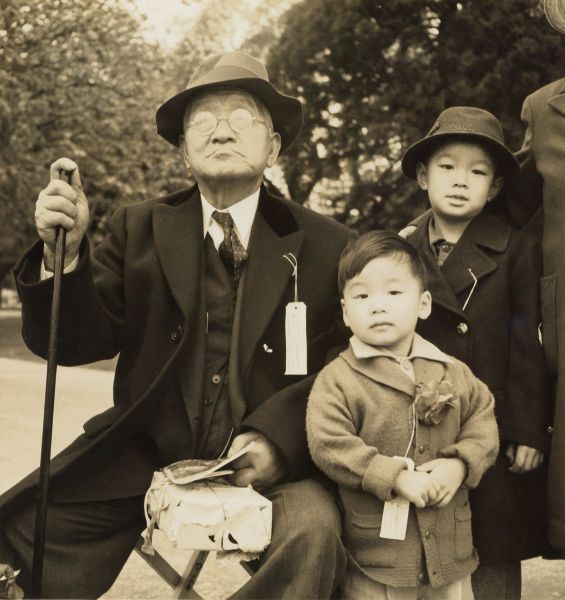 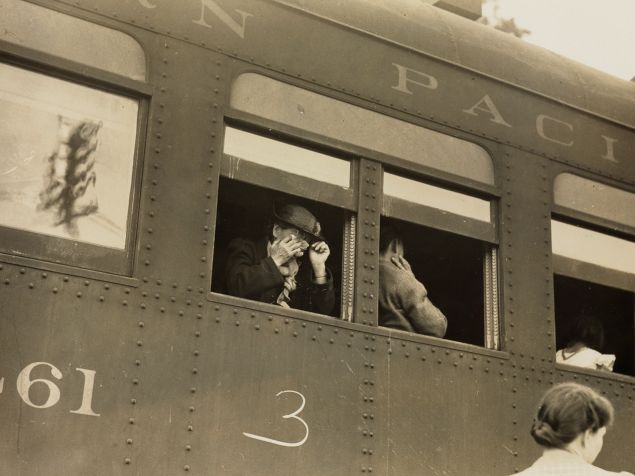 Lange, who died in 1965 at age 70, is best known for the photos of rural poverty she took of the dust bowl during the 1930s. The photographs that came out of that series—which would eventually become world renowned—were also the product of a government commission, but this time it was the Farm Security Administration that paid her to document the hardships of the poor sharecroppers and migrant workers of the southwest. These images were made available to newspapers around the country, bringing attention to their plight and, in the process, making these photographs iconic and the photographer renowned. There are four lots of her work in this sale, and the first of them includes what is her most famous, the 1936 “Migrant Mother,” an impoverished woman named Florence Owens Thompson who is seen staring out into the distance while her two children bury their faces into her shoulders. 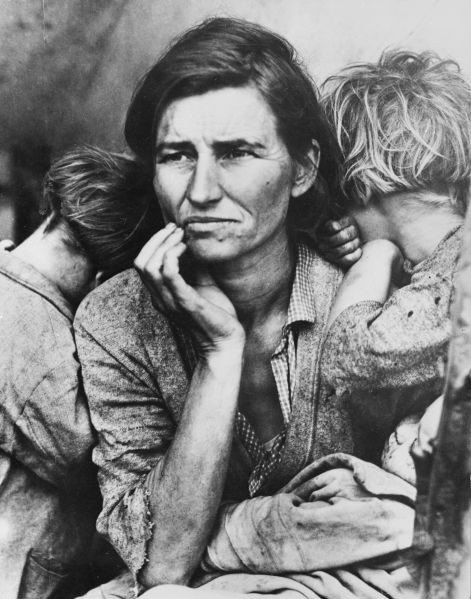 In a 1960 interview in Popular Photography, Lange recalled taking this picture. “I saw and approached the hungry and desperate mother, as if drawn by a magnet,” she said. “I do not remember how I explained my presence or my camera to her, but I do remember she asked me no questions. I made five exposures, working closer and closer from the same direction. I did not ask her name or her history. She told me her age, that she was thirty-two. She said that they had been living on frozen vegetables from the surrounding fields, and birds that the children killed. She had just sold the tires from her car to buy food.”

A print of that photograph is paired with another noted image of the period in Swann’s auction, White Angel Breadline, 1935, revealing a group of men in soiled and tattered clothes waiting dejectedly for something to eat. These photographs are not vintage, but printed in 1962 and circa 1970. The combined lot is estimated $2,000 to 3,000. 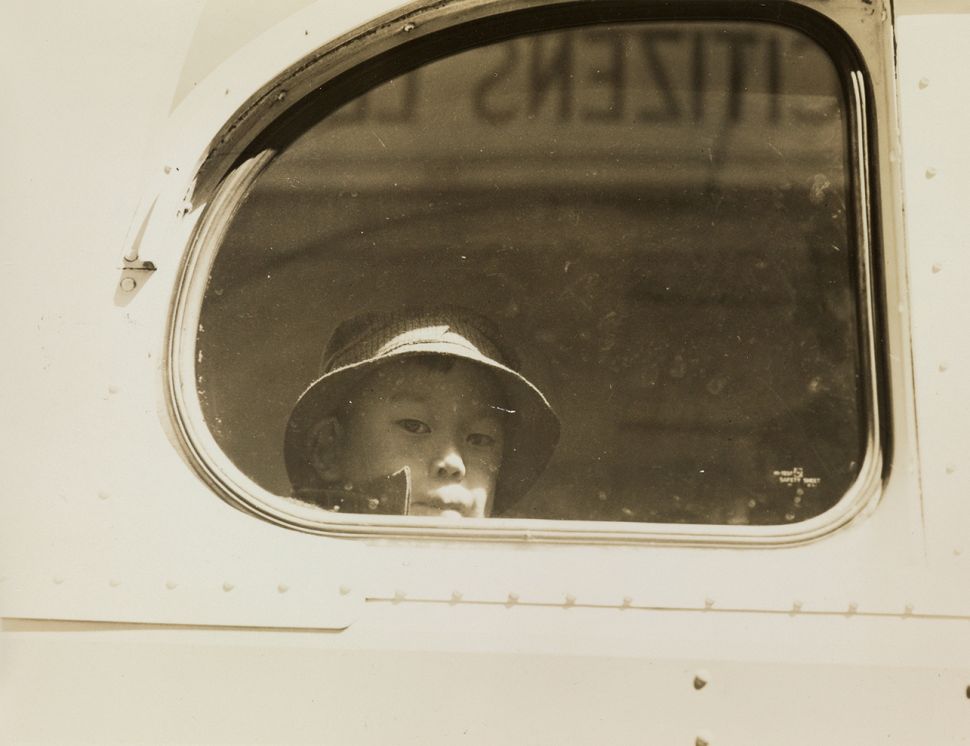