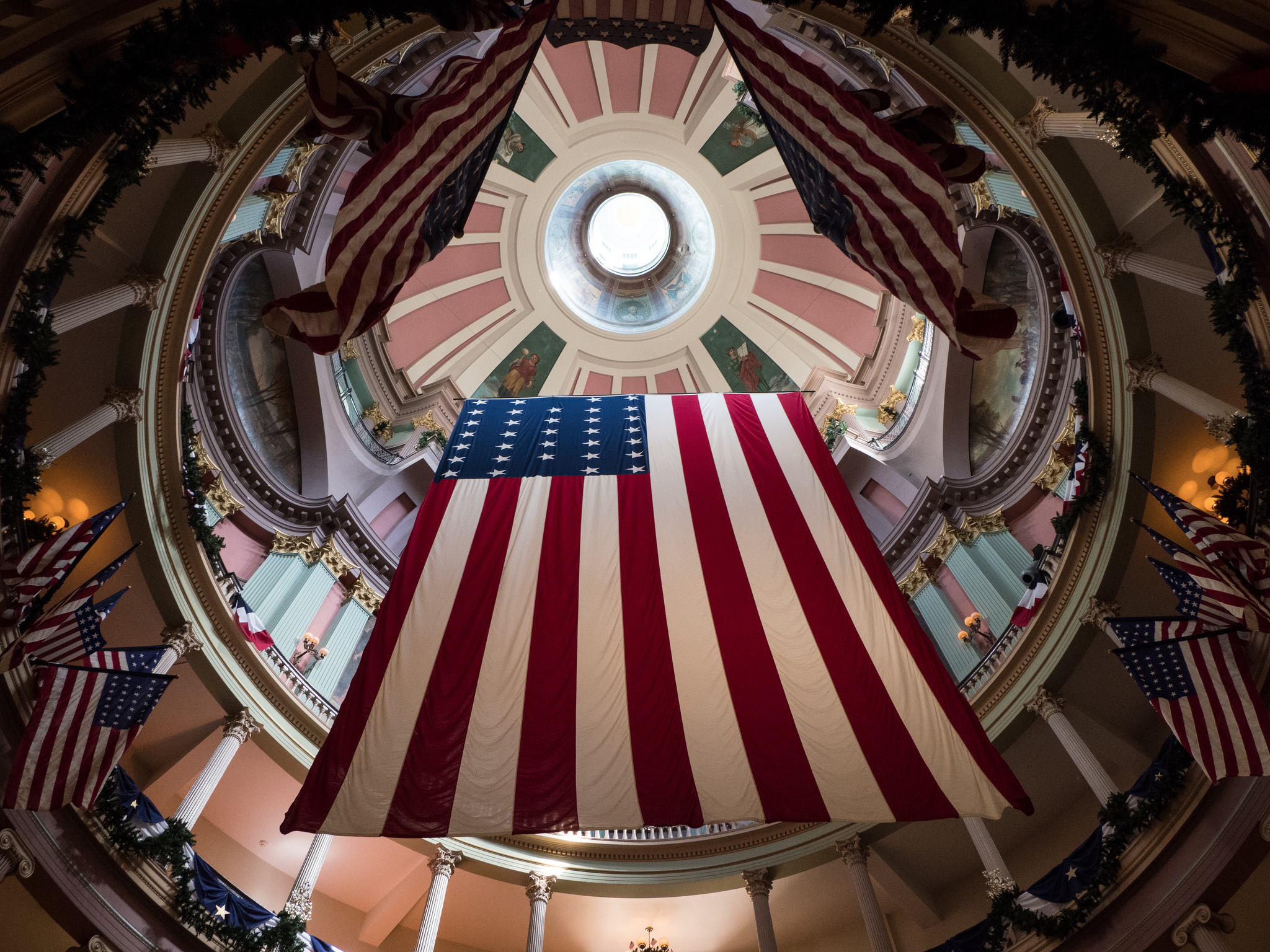 UPDATE: This morning, a law enforcement whistleblower apparently came forward with the news that the Circuit Attorney who is the subject of this piece may be under an FBI investigation by the public corruption unit. If confirmed, it adds to the picture painted below of a prosecutor that has gone about her work in a dangerous and reckless fashion.

That’s how much evidence the prosecution has put forward in their felony case against Eric Greitens.

In other words, the prosecution has nothing to show that this case is anything other than a three-year-old affair between two consenting adults. Apparently, in 2018 in St. Louis, you can be charged with a felony for that kind of thing. If you’re a Republican.

The Circuit Attorney who brought the indictment has created an enormous problem for herself. Now that she’s gone through all the trouble of charging a Governor with a felony, and with the eyes of the state and even the nation upon her, she’s scrambling. Like a kid who failed to study, she is in the position of staring clueless at her final exam. So she’s responded like a bewildered child, by making up increasingly false and fanciful claims to support a case she doesn’t have.

Just yesterday, we received a fresh set of her lies. It turns out that the lead investigator on this case perjured himself under oath and lied to the court about the records he has kept, the “evidence” he has found, and the methods he has used. Let’s say that again: the lead investigator on this case—hired by the Circuit Attorney at the cost of tens of thousands of dollars to the people of Missouri—lied under oath.

At this point, it is hard to keep up with the litany of falsehoods and fictions being peddled by a weaponized prosecutor and those who help her in a full-blow, partisan political abuse of our criminal justice system. But compiling even an abridged list of the most significant and compelling lies is worth the effort. It shows the unbelievable lengths to which some will go to use the legal system to serve political ends.

These are, to my mind, three important lies, half-truths, and falsehoods from this case:

1) The defense counsel for the ex-husband lied about the fact that Governor struck the woman he was involved with.

The Daily Mail reported an allegation aired by the attorney of the aggrieved ex-husband, the jilted lover in this case, who said that he was told by the woman in this case that the Governor hit her while the Governor’s wife was giving birth.

Here are the Governor’s opponents, and their allies in the media, making the most salacious possible allegations—that the Governor hit a woman, and did so while his own wife was giving birth. It’s a shame that journalists report these sorts of things without doing much fact-checking. It can be immediately and easily demonstrated that there is no truth to this vicious attack: Because the Governor’s kids weren’t even born in the year in which the attorney claims the he struck the woman!

The birth years of the Governor’s children are publicly available information, listed on the timeline of the Governor’s life on his website. But no one in the media thought to look!  Apparently the defense counsel for the ex-husband thought he could just pull a fast one and convict the Governor in the court of public opinion. This lie matters because of its deadly seriousness. It is one thing to claim an affair; it is another to falsely claim abuse. And the fact that it this hasn’t been put to bed should disturb anyone in the media, the legal profession, or law enforcement.

2) The lead investigator lied to the court about whether or not he kept notes from his interviews.

Here’s how an investigation is usually conducted: an investigator speaks to sources or witnesses. He asks questions. He writes things down. He asks more questions to clarify the facts in the case, digging deeply to find the truth. He compiles his writings and produces a report. He meets with more people and repeats the process. It’s an important job, and it’s why investigators I know take the work they do seriously.

The Kim Gardner prosecution is a prime example of how not to conduct an investigation. The lead investigator in this case, William Tisaby, was hired by the Circuit Attorney from out-of-state, at taxpayer expense, in spite of the fact that the Circuit Attorney’s office has investigators on staff and could have—as in any normal case—used the police force whose job it is to investigate crimes.

It turned out that William Tisaby, the investigator, was himself investigated by the FBI and lied to them. Not a great start. But it gets worse. His misbehavior came to Missouri in a deeply troubling and disturbing manner:

It’s blindingly obvious at this point, that the lead investigator on this indictment has given the Circuit Attorney a phony “investigation” tailor-made for a trumped-up case. By conveniently ignoring the information that doesn’t fit her narrative, “forgetting” his laptop, and not taking any notes, he gives himself the flexibility to “remember” the facts that will be most supportive to the prosecutor’s case. The sad fact for him is that he’s perjured himself under oath, and that’s not the kind of thing that can be…“forgotten” quite so easily.

Wait. There’s more. The “Did I have a laptop, or didn’t I?” saga has one additional chapter.

On the day he was deposed (which allows the Governor’s team to ask him questions), the private investigator, William Tisaby, told the court he’d go back to his laptop during the lunch break and check for records related to the case. Simple enough.

Again, you can’t have it both ways. One statement or the other is a lie. This was all brought to light because of a motion filed by Greitens’ attorneys to get any records that this investigator has been hiding from the court. And the play-by-play there is worth reading.

After the two hour break in which Mr. Tisaby said he went back to his hotel, he was asked “And did you look on your computer laptop for the draft reports that you were testifying about this morning?” He responded, “I looked for them. I do not have any other drafts than what I did for that report. No other drafts.” [126] To leave no doubt, he was then asked “and it’s your testimony under oath that you went to your laptop and you looked for earlier drafts, and you could not find your earlier drafts of the interview report of K.S.or J.W.?” and his full response was “Yes, sir.” [128, emphasis added]

However, of great concern to defense counsel, later in the deposition Mr. Tisaby changed his story in two critical ways. First, he testified he never did have any drafts of the K.S. report of interview.  [143]  Then, he also testified that he actually did not have his laptop in St. Louis. After being asked “this trip did you bring a laptop with you?”, he responded, “I did not bring my laptop, no, sir.” [281] And then he admitted he had not in fact checked his laptop at lunch break. [287, 290]. This of course, cannot be considered anything but perjury. He had “under oath” testified that at the lunch break he had checked his laptop. He then later was forced to admit he did not even have his laptop available to be checked. Because he was caught and then forced to correct his false testimony, it might not be indictable, but it most certainly is reprehensible conduct on the part of an investigator working for the CAO and most certainly sanctionable.

It’s also worth reading the full motion that the Greitens’ lawyers filed. It demonstrates, clearly and concisely, what thoughtful people looking at this case have already seen: the prosecutor does not have a case.  But she is going to great lengths, even potentially illegal lengths, to make it seem like the Governor is guilty.

Her primary tool for that purpose has been a bumbling, confused private investigator who, when pressed about the most basic facts of his investigation, starts to panic. Ultimately, the responsibility for this out-of-state investigator — his blatant and obvious lies, his half-truths, his omissions, and the evidence he did or did not destroy — rests with the person who employed him: the Circuit Attorney.

The Circuit Attorney has already proven herself willing to stretch the truth and distort the criminal justice system to attack the Governor. As I noted in my prior pieces on this case, she lied to the press about the police declining to investigate. The chief of police corrected her and demanded an explanation. The Circuit Attorney’s office also misled the grand jury about the indictment itself, bastardizing their interpretation of the law to secure an indictment. If they had been truthful, this case probably could never have been brought.

As things stand now, for many in the public, this case has been over for some time. We have here what we’ve seen before: a witch hunt based on politics, not the law. A fact-free prosecution from a prosecutor who is now in too deep and can’t find her way out. And a tragic waste of the time, money, and energy of the good people of the state of Missouri.

Let us hope this travesty of justice comes to an end soon, and that the people responsible for this charade are held accountable for their actions.

Lt. Col. Dave Grossman (US Army, ret.) is author of the books, On Killing, On Combat and Assassination Generation. 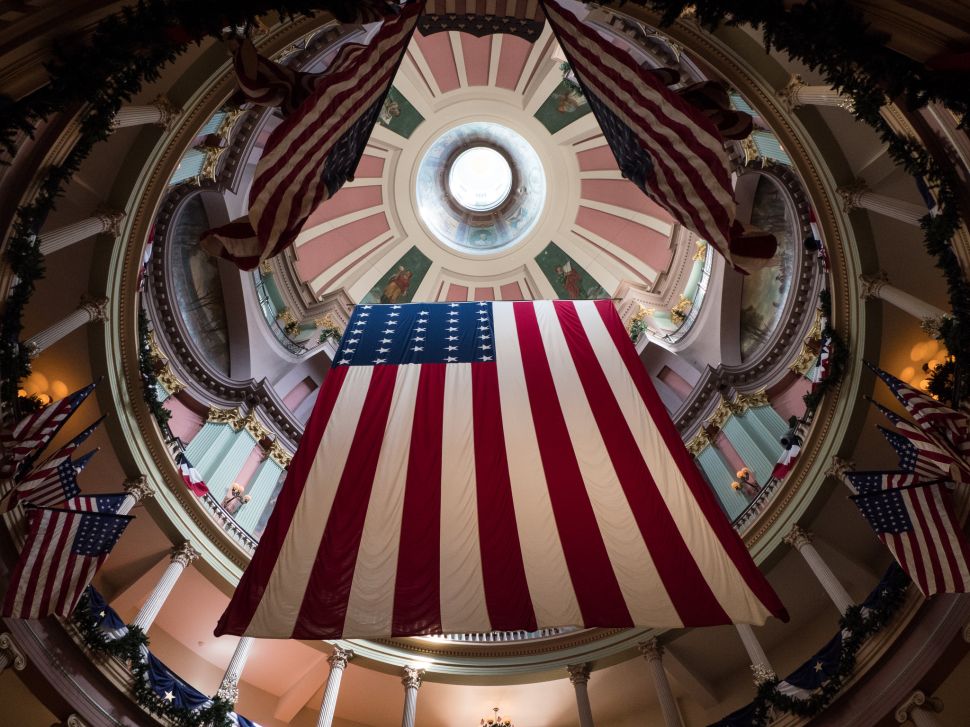