Each spring you can count on green buds of life bursting forth from barren trees, an influx of tourists choking the National Mall, and the Taliban announcing their seasonal jihad.

“You realize that some areas of our beloved homeland are still under the infidel occupation of American invaders and their allied forces,” begins the Taliban announcement, posted on their English-language website that disseminates Stone Age ideology for the digital age. “…For the sake of well-coordinated and better-organized military activities, the Al Khandaq Jihadi operations will be launched.”

“The planning and strategy of the Al Khandaq Jihadi operations are organized by the expert and proficient skilled cadre of the Military Commission of the Islamic Emirate which is based on guerilla, offensive, infiltrated and various other new and intricate tactics against the new war strategy of the enemy, mainly focusing on crushing, killing and capturing American invaders and their supporters,” the statement continued.

Second verse, same as the first. These, of course, are rote threats rekindled for a new spring.

It’s not even like they took the winter off. Dozens of people, including four Americans, were murdered in January’s attack on the Inter-Continental Hotel in Kabul; a week later, more than 100 people were slain when the terror group detonated an ambulance packed with explosives in central Kabul.

But summertime is terror time, the Taliban have long reasoned, and this time they vow that the “primary target will be the American invaders and their intelligence agents”—the latter allowing a wide interpretive berth for choosing victims.

“Their internal supporters will be dealt with as a secondary target while the present and future mischievous plots of the mischief-mongers will be nipped in the bud,” the Taliban added.

Along with mischievous bud-nipping, the Taliban aren’t shy about using the April 2 attack by the Afghan Air Force on a madrassa in Kunduz province for not only their recruiting aims but in trying to coax the populace over to their side. Afghan officials said there were 59 victims in the airstrike, the majority of them children; Afghan defense officials said the school was a Taliban training center. The Taliban decided they had a linchpin for their summer PR campaign.

The Taliban were also faithfully crafting and spreading fake news long before it was a hashtag. The group’s press releases have frequently claimed exorbitant casualty counts as well as obliterated tanks and aircraft that are very much still intact, and spouted victorious retellings that rival Saddam Hussein’s legendary information minister Baghdad Bob. Their latest yarn is meant to scare civilians into leaning on their Taliban “protectors,” as they claimed earlier this month that President Donald Trump has directed troops “to indiscriminately kill the kith and kin of those Afghans who resist against the American forces.” In reality, U.S. forces in Afghanistan have been advising, augmenting behind-the-scenes support with strikes on the opium processing facilities that line terrorists’ pockets on the backs of addicts.

The Department for the Prevention of Civilian Losses and Casualties is actually a thing in Talibanland, and this very ironic creation demanded “a clarification on a high level” from the U.S. “about their forces who are directed to indiscriminately kill the families of those people who resist against them, including women and children who are definitely civilian people.”

Despite their continuing massacres of civilians and active nefarious alliances, the Taliban have been left off America’s list of foreign terrorist organizations for political reasons instead of national security considerations: Successive administrations have urged Afghan reconciliation, yet don’t want to be on the record encouraging negotiations with a terror group no matter how the shoe fits.

This spring, perhaps we’ll have a fresh realization that a group still bombing passers-by with an innocuous ambulance or mowing down hotel guests is not a negotiation partner and has no desire for peace unless they can reclaim their barbaric sharia state.

The name of the Taliban operation, Al Khandaq, refers to the 627 A.D. Battle of the Trench, where the Prophet Muhammad and his army defeated overwhelmingly larger Arab and Jewish tribes after a weeks-long siege at Medina. As the Taliban have been waiting on their victory over the coalition for more than 16 years, it may not be the best frame of reference.

Perhaps there’s a lesson in Al Khandaq to be learned on the side of the coalition, too. After this many years of the Taliban popping out of their trench to commit attacks and getting cozy with longtime allies al-Qaeda and the Haqqani network, is there really a reason to believe that this year their fruits will be any different? And how long can the world keep waiting for a Taliban metamorphosis? 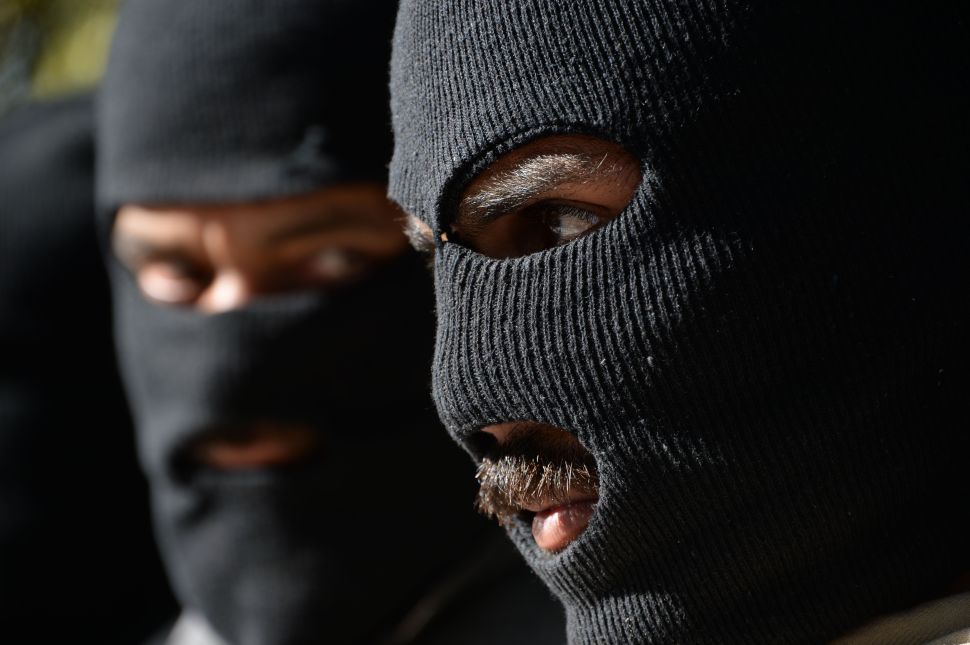