Why won’t we let comedians cry?

We all love to laugh, that much is obvious. But the threshold of dramatic acceptance is a seemingly impenetrable barrier for a comedian to cross once we’ve collectively decided that a person is funny. We’ve become conditioned to expect a certain schtick from a performer, and when they deliver anything that deviates from that expectation, our first reaction is to disregard it or attack it.

Although sometimes a crossover falls flat due to plain old poor quality (see: Will Ferrell’s Stranger Than Fiction), frequently our bias and preconceived notions can hold us back from properly evaluating a piece of entertainment or examining an entertainer with the proper critical lens.

At the end of the day, great comedy and great drama usually come down to the same things: relatable emotions emanating from quality characters.

Paul Lieberstein is best known as Toby from The Office, but he’s also a writer, producer and showrunner who has a mind for more serious entertainment. That sentiment is put on full display in his new dramedy Song of Back and Neck, which premiered at the Tribeca Film Festival.

Song of Back and Neck—which Lieberstein wrote, directed, produced and starred in—follows Fred, a hapless man on a journey to find a cure for his chronic back pain. Along the way, he discovers a very unusual talent and unexpected love, and that his feelings may have been the cause of his pain all along. The movie is inspired by Lieberstein’s own experiences.

Though it has several funny moments, the film is more about Fred’s internal pain than it is about gut-busting punchlines. It has more pathos than you might expect, and it could leave fans of The Office, hoping for good-natured humor, disappointed.

Song of Back and Neck is a ridiculous (in a good way), oddly moving portrait of being stuck in a 25-year rut.

It’s sad to watch Fred suffer, yet enlightening and occasionally hilarious to see him explore that seemingly indomitable anguish. It blends elements of both comedy and drama, suggesting that our issue with funny people acting seriously may not always be with the quality of the product.

Perhaps, we just have a limited understanding of the two genres that we assume work in conflict with one another, rather than in concert.

“It’s a huge struggle,” Lieberstein told Observer when asked about audience’s reluctance to accept dynamic changes from comedic actors. “I do think if you look at the majority of sitcom stars that have been on shows for eight to 10 years, a majority of them never find another role because it’s impossible to see them as something else. Some people, you have your breakouts, but it’s really the exception. It’s very hard as a viewer I think.”

Lieberstein’s Office co-star Steve Carell is a good example of this perplexing paradox.

In 2015, Carell received a Best Actor nomination for his unsettling portrayal of John du Pont in Foxcatcher. The next year, he co-starred in Adam McKay’s Best Picture nominee The Big Short. A decade earlier, he played a suicidal gay professor in Little Miss Sunshine, also nominated for Best Picture. Last year, he appeared in dramas Battle of the Sexes and Richard Linklater’s Last Flag Flying.

And yet, after all that, most people still think of him as a comedian who’s just dabbling in this whole acting thing.

There are exceptions, of course.

Adam Sandler, once a consistent box office force and one of America’s funniest entertainers, has fled to Netflix in recent years for the security of massive paychecks and the elimination of financial flops. His movies under the streaming platform have been, well, hard to watch. However, Sandler has dipped his toes into the dramatic realm several times, most notably in Paul Thomas Anderson’s Punch Drunk Love and Noah Baumbach’s The Meyerwitz Stories.

In both instances, Sandler received rave reviews as he surprised audiences with his serious performances.

But overall, we still seem unsure of what to do with content that borrows elements from each, something I was reminded of while watching Song of Back and Neck. After all, the Golden Globes placed Get Out in the Best Musical or Comedy category.

We say there’s a thin line between laughing and crying, but maybe the line never existed at all.

“I personally don’t see a difference. I’ve never seen any difference between comedy and drama, it’s all the same,” actor Timothy Olyphant told Observer during a press junket promoting his Netflix series Santa Clarita Diet. “I’ve always played my dramas for comedy and my comedies for drama.

“…You’re finding the truth, you’re just aware of timing,” he added. “You’re aware of tone and truth within the given circumstances. I don’t see it as any different.”

Though comedians/comedic actors often take a serious role, or five, or 10, it hardly feels the same the other way around.

Robert Downey Jr.‘s 2010 comedy Due Date was seen as a quick getaway from his action-heavy responsibilities as Tony Stark/Iron Man in the Marvel Cinematic Universe, even though that character provides heavy doses of humor in every outing. Tom Cruise’s surprise role in Tropic Thunder was universally praised across the board and Edge of Tomorrow relies heavily on physical schtick. Russell Crowe and Ryan Gosling were a delightful pair in The Nice Guys.

In each instance, the actors proved to be funny themselves, but it never felt as if they had to prove anything to the audience as a whole. These departures from their normal work were immediately embraced, and they didn’t have to jump through the many hoops of acceptance that comedic actors do when they turn to drama.

When we first saw Toby in The Office, we may not have thought Lieberstein could turn in an emotional story about pain. But he did, and he did it by dotting the picture with humorous elements we could recognize, while still reaching for something new.

It’s not what we expected from him, but maybe we just needed to stretch our idea of the comedy genre a bit until the more truthful and heartbreaking side of humor came into view. 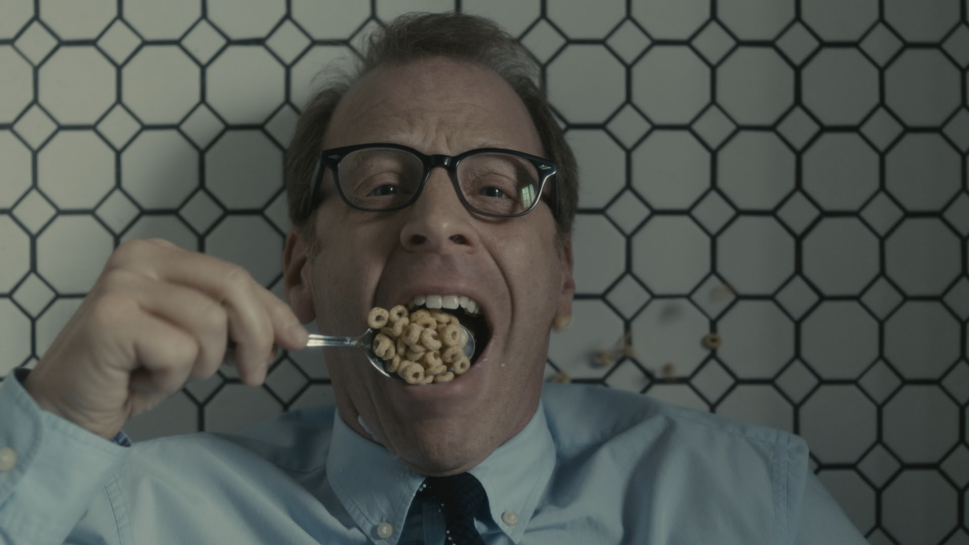