If you don’t think representation in entertainment matters, or you’re against diversifying the type of people and stories we see on-screen, congratulations, you own the first opinion in recorded human history to be wrong.

According to a study conducted by PhDs Sarah C. Gomillion and Traci A. Giuliano about the influence of media role models on gay, lesbian and bisexual identity, self-esteem can be directly tied to an individual’s viewing experiences with similar content that mirrors their own development and lives.

Representation matters and that idea propels Duck Butter, which debuted at the Tribeca Film Festival on Friday.

By now, you’re probably thinking this is some left-wing social justice warrior endeavor hell-bent on brainwashing our youth and corrupting the minds of the public to advance our hidden agenda. To that I say: who told you our secret plan?

But seriously, beyond the moral obligation of empowering diverse viewpoints and individuals, the simple fact remains that there are only so many stories you can tell about a straight white male before you run out of ideas. Audiences are constantly bemoaning Hollywood for its lack of originality these days. Here’s a golden opportunity to address that very widespread complaint.

Although we’ve come a long way in LGBTQ representation in film, we still have significant ground to make up.

Executive produced by the Duplass Brothers, Duck Butter revolves around a one-night stand between two women (played by Alia Shawkat, who co-wrote the picture, and Laia Costa) as they attempt to have sex every hour for 24 hours. However, their ambitious sexual adventure soon turns into something far deeper than either intended.

Duck Butter isn’t the greatest film ever made.

What starts out as a funny, witty and wry examination of being your own worst enemy soon delves too deeply into a repetitive and trying cycle of broken connections that prevents us from caring that much about our two main characters. I was enamored with the fast-flying and observant humor of the first act, which features the Duplass brothers onscreen, as well as Kumal Nanjiani. And while there are touching moments throughout the story, it didn’t fully coalesce as an empathethetic narrative. Any love story squeezed into a 24-hour period always rings false to me.

But the sexual marathon between Duck Butter‘s two leads and director Miguel Arteta’s refusal to shy away from the creative physical intimacy was a real reminder of what mainstream films rarely portray.

LGBTQ representation in Hollywood is on the rise. Gay male characters have been seen on screen with increasing frequency, most notably in Brokeback Mountain (2005), Moonlight (2016), Call Me By Your Name (2017) and Love, Simon (2018).

But trans and lesbian characters have not received the same treatment overall. You’ve got Go Fish (1994), Boys Don’t Cry (1999), The Kids Are Alright (2010), Carol (2015) and a small handful of others, but not multiple Oscars contenders or mainstream successful rom-coms like the former category, and it certainly has not become as embraced of a sub-genre in entertainment.

That seems to fly in the face of conventional wisdom.

Traditionally, homosexuality among females has been treated as less taboo than males in entertainment, but the stats show representation in Hollywood to be skewed the other way.

GLAAD reports that 18.4 percent of the industry’s top 125 films included an LGBTQ character in 2016. However, gay men still make up an overwhelming majority at 83 percent of these characters. Making matters worse, of the 70 LGBTQ characters that GLAAD identified (which was up from 47 the year before), 14 of them were back-up dancers in one scene of The Lonely Island’s comedy Popstar.

Diving deeper, whenever audiences do see a lesbian romance, they rarely see the sex that results. This isn’t some call for increased smut in movies, just an accurate and honest portrayal of the desires that make us human.

I’ll let The Guardian‘s Joanna Benecke tackle this one:

“There’s the Portman/Kunis dream-sequence sex in Black Swan, and a similar scene in Mulholland Drive… and that’s about it. Excepting lesbian/transsexual misery biopics like Heavenly Creatures, Boys Don’t Cry and Monster—important in their own right, but unlikely to headline the normalisation of lesbian sex—the Wachowskis’ pre-Matrix thriller Bound from 1996 is possibly the last time a lesbian relationship was depicted fully, sex and all, on general release.”

Believe it or not, but seeing these experiences play out on-screen in positive ways actually helps develop positive connotations in the minds of viewers. We associate with our conceptions, thus making exposure crucial to shaping our cultural attitudes.

Representation can help familiarize the public with alternative lifestyles and hammer home the point that people are just people.

NewFest, the New York Lesbian, Gay, Bisexual, & Transgender Film Festival, has partnered with the city’s Department of Education in the past and the LGBTQ Community Liaison to engage high school students and GSAs (Gender and Sexuality Alliance) by providing access to LGBTQ films through special screenings and field trips.

“Media and representation is very important, especially positive representation,” Nick McCarthy, programming & operations manager of NewFest, told Observer. “It informs the public of the experiences of the full LGBTQ community… It informs comfort with one’s self and shows that you’re not alone. Cinema is a really great source of storytelling that can put you in the mind and perspective of a character. It can be extremely helpful for audiences and allies to see.”

Is that so different than seeing a tough quarterback rally his team in the fourth-quarter for an improbable win in a Disney sports movie? How about a police officer action hero?

We subconsciously tell viewers what is and isn’t OK with what we put on the screen, and while we’ll need to eventually address straight actors always being cast to play gay characters, we have been taking positive steps in the right direction in this regard. We’ve slowly but surely been letting young viewers know that it’s OK to be gay.

Still, the disparity in representation is striking.

Fortunately, we have a pretty star-heavy list of lesbian-focused movies coming out in 2018, and while we don’t expect every issue to be ameliorated in the coming months, each new story that tackles these characters and ideas represents progress. Small steps.

And before you start complaining that liberals are force-feeding belief systems down your throat and that you just want to be entertained when you go to the movies and not politicized, here’s your fix-all solution: don’t go to these movies.

You don’t like it? Don’t buy a ticket. No one is forcing you. But don’t whine about entertainment you don’t have to see just because the rest of us want to take inclusive steps forward as a society.

Eventually, when equal representation becomes the norm and intimate relationships between consenting adults of all kinds have been normalized in the eyes of viewers, I’ll look back at Duck Butter as the film that really kicked these thoughts off for me. 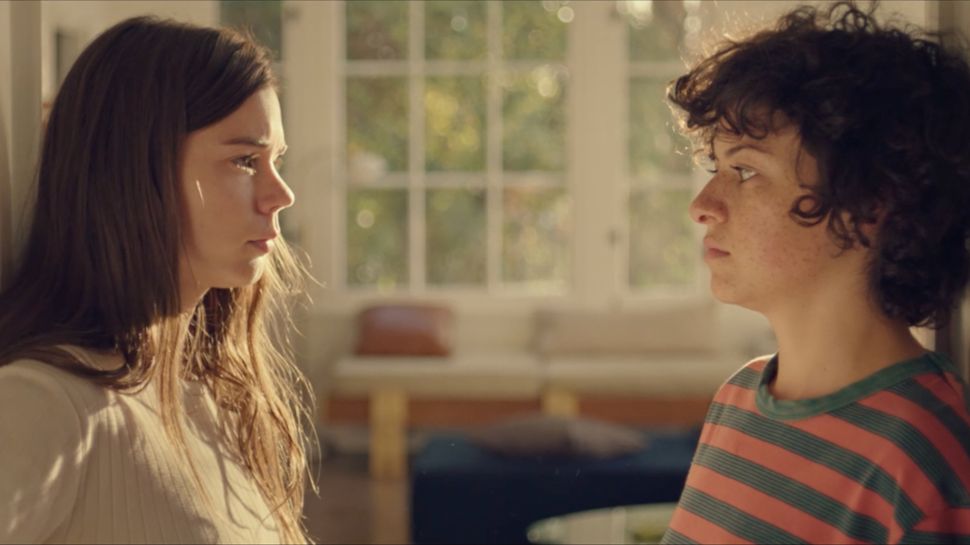