Displaying rare focus, President Donald Trump spent much of last week tweeting angrily about Mexico and the “giant scene at our Border,” where—according to the president—the opiate crisis and many more of the ills plaguing America today would be solved, if only we built a wall.

In doing this, the president is demonstrating yet another fundamental misunderstanding of how the world works. Trump is presenting a drug control policy that combines the flip naivety of Nancy Reagan’s Just Say No with the cruel ignorance of George W. Bush’s “method” of stopping AIDS in Africa: a solution for the opiate overdose crisis killing more than 60,000 Americans a year that is abstinence first.

And if Americans can’t man up and stop popping opiates like Attorney General Jeff Sessions is demanding, Trump will physically bar them, wedging a sort of “chastity belt” for heroin—the border wall—between them and their destructive tonic. It’s profoundly, maliciously ignorant. This is not where drugs come from. This is also not how people behave. But no matter.

Sparked and sustained by news coverage of the “caravan” of refugees walking from Honduras who planned to seek asylum in the United States, Trump launched his latest jeremiad on the morning of Easter Sunday, and he has returned to this theme almost every day since. “[Mexico] must stop the big drug and people flows, or I will stop their cash cow, NAFTA. NEED WALL!” he tweeted on Sunday. The next day: “Congress must immediately pass Border Legislation, use Nuclear Option if necessary, to stop the massive inflow of Drugs and People.” Later that morning, he added: “Must pass tough laws and build the WALL. Democrats allow open borders, drugs and crime!” And so on through Thursday, when he capped off another tweet with the directive, half-pleading: “Stop drugs!”

The president’s obsession with the border wall is neither surprising nor new—his path to the White House began with nativist warnings of the host of dangers posed by the “bad hombres” to our south, who can only be thwarted with a physical barrier. In this, Trump the president has been consistent with Trump the candidate. On the campaign trail, Trump offered the border wall as the best method for halting the drug overdose epidemic. To “cut off the source,” we must “build a wall,” he told a town hall in Ohio in July 2016.

Of the source of the opioid epidemic, Trump told another town hall audience in New Hampshire, “It comes from the southern border.”

None of this is true. It wasn’t true when Trump first started agitating for a wall, and it’s not true now. The same month Trump pitched a wall as the antidote in overdose ravaged Ohio, the DEA declared that the main source of fentanyl—the synthetic opiate easily produced in labs that’s been credited with skyrocketing rates of fatal overdoses—is not Mexico, but China. According to the United Nations, Afghanistan-grown heroin enters North America from Pakistan and directly flows into the U.S. from poppy fields in Colombia as well as from Mexico.

Even if Mexico was the main source, the notion that a wall would stop the drug flow is an open joke among current and former smugglers. Their main egresses into the country aren’t the dusty stretches of undefended border, for no simpler reason than it’s hard to navigate an 18-wheeler hauling cargo containers through the empty desert. It’s Border Patrol-secured checkpoints like the ones at San Ysidro in Southern California and El Paso where drugs and all the other goods American consumers demand enter the country. These ports are not likely to close anytime soon, not even during Trump’s presidency. “The fact is,” FactCheck.org wrote in 2017, “most illicit drugs past undetected through legal ports of entry.”

If Trump knows this, he likely doesn’t care. Building a wall would look great on Fox News and Breitbart. It would please the president’s hardcore nativist supporters. If Trump is a mean-spirited racist himself—and if he’s not, he’s engaging in a sustained campaign of misdirection—it may give him some twisted satisfaction. The problem is that the supposed “adults” in Trump’s inner circle also subscribe to his line of thinking.

In addition to the wall, the Trump administration plans to stop the opiate epidemic by reducing prescriptions of opiate-based painkillers by one-third—an arbitrary number that disregards the fact that the damage from overprescribing has long been done and that also perversely punishes those sufferers of chronic pain for whom opiates are the appropriate treatment.

Those people, Sessions said in February, should follow the lead of John Kelly, Trump’s chief of staff, who reportedly “refused” opiates after a “minor surgery.” “People need to take some aspirin sometimes and tough it out a little,” said the attorney general, demonstrating a near-clinical level of indifference.

Abstinence “works” only as dogma. As policy, it is responsible for humanitarian disasters.

In 2003, George W. Bush launched an unprecedented $1.4 billion campaign to fight AIDS in sub-Saharan Africa. Never before had so much money been spent to fight a single disease—but there was a catch. One-third of the money had to be spent on “programs teaching abstinence before marriage and faithfulness” rather than hand out condoms. Those programs had no impact on sexual habits, a Stanford University study found. In other words, they failed.

If one were really serious about abstinence, the final frontier, aside from mass sterilization, would be equipping everyone with chastity belts. That’s an unthinkable overreach, offensive and absurd, too ham-fisted to work even as satire.

Yet that’s what the president is proposing to stop the flow of drugs, except in this case, it’s a belt that doesn’t even cover the necessary areas. That’s our president, and that’s our policy. 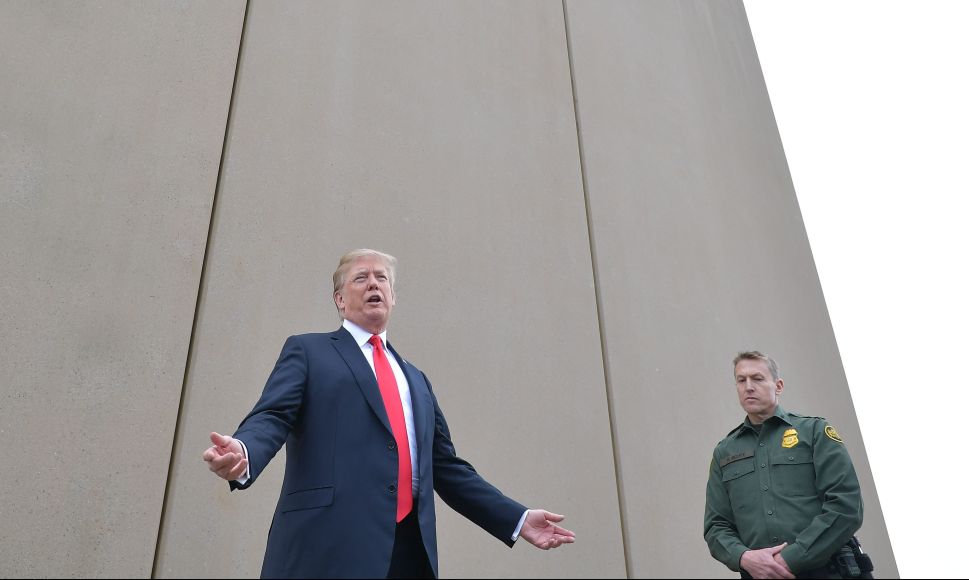