President Donald Trump is “obsessed with Amazon,” one White House source who works with the president told Axios, “Obsessed.”

In the past seven days, Trump has bashed Amazon in five tweets, each one progressively more hostile than the last. And more specific.

In a Saturday tweet, he claimed that the U.S. Postal Service would lose $1.50 on each package it delivers for Amazon. In another one, he said, if the Postal Service increases its rates, Amazon would have to pay $2.6 billion extra in shipping costs.

So, the question has to be asked: Where did all this information come from?

Some of the quoted statements that Trump referred to in those tweets were from some of his favorite “fake news” outlets, The New York Times and The Washington Post (owned by Jeff Bezos). Other sources were less obvious.

His claim that the Postal Service loses $1.50 on each Amazon package was seemingly from an April 2017 analysis by Citigroup on the Postal Service’s pricing model. The report was cited in a Wall Street Journal article in July 2017.

However, shipping industry experts warn that Trump’s conclusion based on Citigroup numbers can be misleading.

Because the original rate formula didn’t factor in the parcel cost at such a high proportion, the old price schedule leads to an average loss for each package delivery.

That doesn’t mean Amazon is causing the Postal Service’s loss.

According to the Citigroup study, the Postal Service loses an average of $1.46 on each package in its “competitive products” service, which includes all parcel services for retail customers and business clients, which not only includes Amazon, but also other large retailers like Walmart and eBay.

A White House source told Axios that “the whole post office thing” is “very much a perception he has. It’s been explained to him in multiple meetings that his perception is inaccurate and that the post office actually makes a ton of money from Amazon.”

Here are all of President Trump’s tweets about Amazon over the last seven days.

I am right about Amazon costing the United States Post Office massive amounts of money for being their Delivery Boy. Amazon should pay these costs (plus) and not have them bourne by the American Taxpayer. Many billions of dollars. P.O. leaders don’t have a clue (or do they?)!

Only fools, or worse, are saying that our money losing Post Office makes money with Amazon. THEY LOSE A FORTUNE, and this will be changed. Also, our fully tax paying retailers are closing stores all over the country…not a level playing field!

…does not include the Fake Washington Post, which is used as a “lobbyist” and should so REGISTER. If the P.O. “increased its parcel rates, Amazon’s shipping costs would rise by $2.6 Billion.” This Post Office scam must stop. Amazon must pay real costs (and taxes) now!

While we are on the subject, it is reported that the U.S. Post Office will lose $1.50 on average for each package it delivers for Amazon. That amounts to Billions of Dollars. The Failing N.Y. Times reports that “the size of the company’s lobbying staff has ballooned,” and that…

I have stated my concerns with Amazon long before the Election. Unlike others, they pay little or no taxes to state & local governments, use our Postal System as their Delivery Boy (causing tremendous loss to the U.S.), and are putting many thousands of retailers out of business! 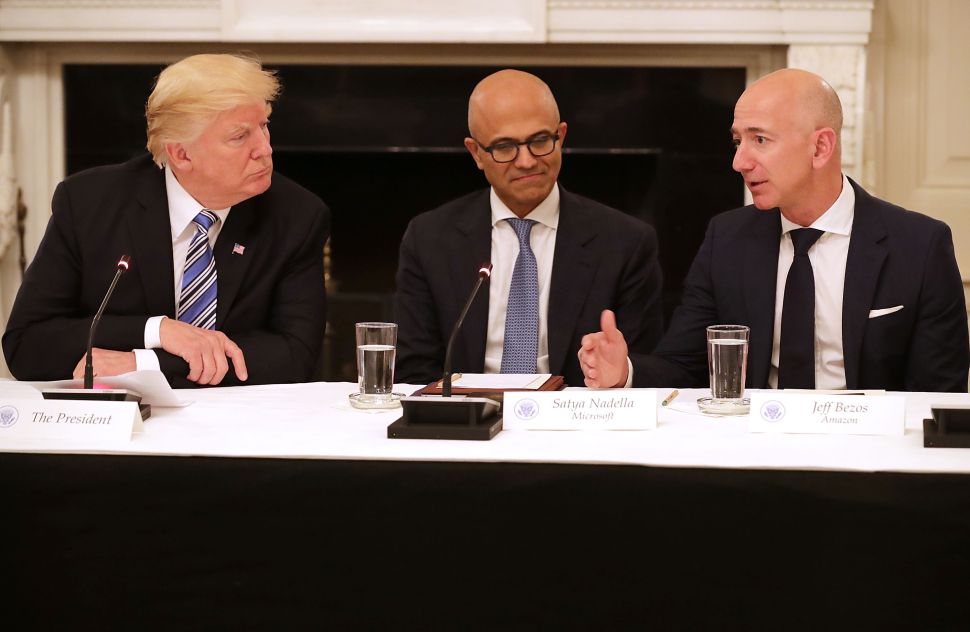