Even by the standards of the modern news cycle, this morning was very busy for President Donald Trump.

He declared that America had already lost the trade war with China, confirmed that he won’t be attending the White House Correspondents Dinner and proclaimed that Yankees slugger Giancarlo Stanton was “a player that almost can’t fail.”

Trump made these remarks during a radio interview on WABC’s Bernie and Sid in the Morning. The show debuted Monday, hosted by former Imus in the Morning personalities Bernard McGuirk and Sid Rosenberg—they replaced Imus after his recent retirement.

So how do you land an interview with the President of the United States during your first week on the air? It’s all about the connections.

McGuirk knew Trump from booking him on the Imus show multiple times. But Trump also watched him on Fox News’ O’Reilly Factor—McGuirk appeared on the show every Tuesday night, often defending the president.

A grateful Trump emailed McGuirk to say “thank you,” and invited him to the White House.

“But Bernie said ‘Instead of doing all that, why don’t you come on my new show?'” Rosenberg told Observer.

Trump obliged, and the 10-minute interview was taped yesterday.

The duo’s questions ran the gamut from China to the stock market to the border to the Correspondents Dinner—and Rosenberg, a former sportscaster, added a query about baseball to show Trump was “a regular New York guy.”

But he and McGuirk also knew what they didn’t want to cover.

“Stormy Daniels is a salacious story that has nothing to do with the presidency,” Rosenberg said. “And Robert Mueller’s had a long time, but nothing’s come back to Trump. We wanted to exclude those stories that the media obsesses over. Plus, we like the president and we don’t want to trick him.”

The duo definitely succeeded in breaking news: within a couple of hours, outlets like The Washington Post, The New York Times and CBS had covered Trump’s comments. Fox News and CNN also used audio from the appearance on air.

“We replaced the legendary Don Imus on Monday, and having our names and audio on television all over the country with a caption reading ‘Bernie and Sid’ is pretty surreal,” he said.

Rosenberg also said he was grateful to have a “pipeline to the White House.”

“Fox News is supportive, but every other station looks for a way to beat the shit out of him,” he said. “It’s good for Trump to be able to sit down with two New York guys and have a respectful conversation about tariffs and baseball.”

Upcoming guests on Bernie and Sid in the Morning include Bernie Williams, Whitney Cummings and Robert O’Neill (the soldier who killed Osama bin Laden).

But Rosenberg said nothing will top the presidential appearance—”until he comes back.” 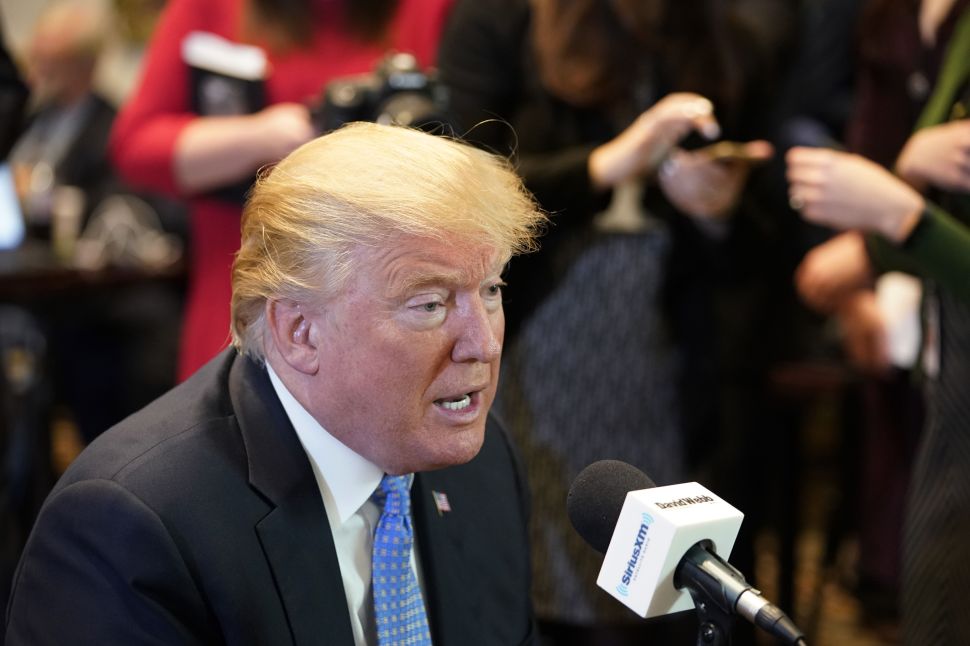