AMC’s The Walking Dead is still one of the top-rated show on television, especially in the money-making 18 to 49 demographic, but it’s no secret that the zombie drama has been rotting in the ratings for three years now.

Season eight averaged 7.8 million live viewers and a 3.39 rating in the key demo. Those numbers are still big, but they mark a 31 percent and 37 percent drop, respectively, from season seven.

Something needs to change if AMC is going to further expand the multimedia brand as is planned, so perhaps it shouldn’t come as a big surprise that showrunner Scott Gimple is teasing a “very different” season nine.

“This finale is about closure,” Gimple told TheWrap ahead of the season’s finale Sunday. “It’s about closure of the All Out War storyline, but in some ways, this is a closure to the first eight seasons of the show.”

“Season 9 is going to be unlike things people have seen before on the show,” he added. “And it really is going to take on a very, very different vibe—a very singular vibe unto itself.”

We’re not so sure The Walking Dead has the creative chops to pull off a soft reboot in tone and approach, but anything is better than the boring Glen Mazzara years.

Admittedly, in our opinion, the show is in desperate need of some new life, especially if it wants to continue for at least five more seasons, as Gimple has hinted at. Though it has often taken creative liberties with the source material, the showrunner says that Robert Kirkman’s original comic series still provides the foundation of the show’s storytelling.

“Well, I mean, we want to tell the comic story,” Gimple said. But he also warned that the “different” season nine, as well as “how the stories just have very very unusual and sort of new drives,” will plant the seeds for future seasons. 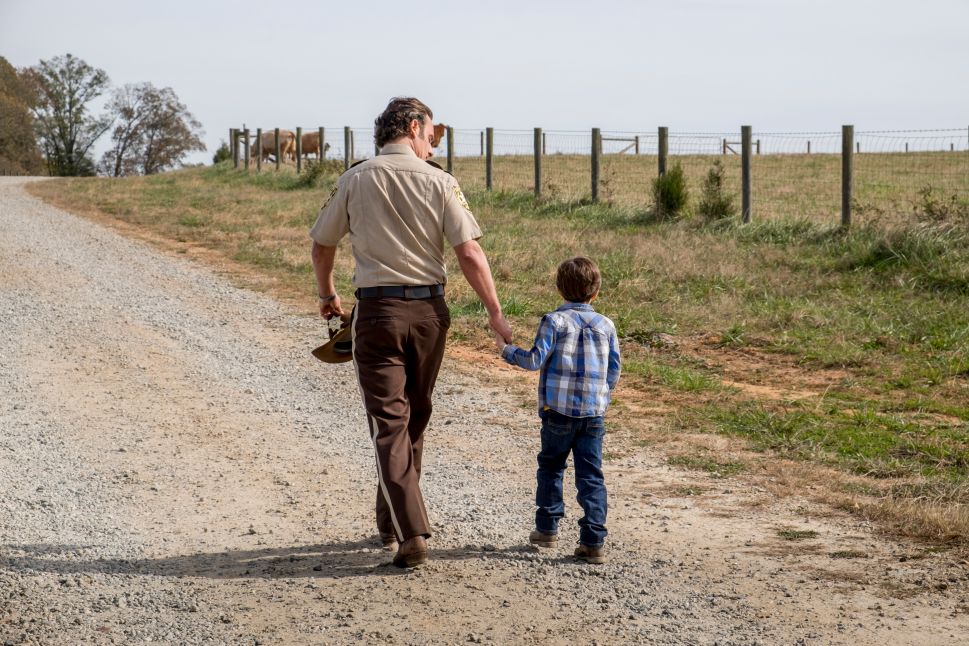