HBO’s Westworld is a mystery puzzle box with clues, hints and suggestions meant to be noticed, examined and understood by viewers over the course of the show’s breadcrumb-like roll out.

This worked perhaps too well in season one, during which eagle-eyed viewers correctly predicted many of the show’s twists and reveals. But just because the mysteries from Westworld‘s rookie run have been solved and explained does not mean there isn’t anything worth revisiting.

As we gear up for season two, we have a loose idea of where Westworld will take us. But to gain a better understanding of what might be in store, let’s take a look back at the most illuminating quotes and references, starting with the show’s most well-known line.

“These violent delights have violent ends.”

The phrase is spoken by a handful of characters in season one, but did you know it originated from Romeo and Juliet?

Friar Laurence delivers the line during an impassioned monologue as he secretly weds the two star-crossed lovers. Here is the full quote:

“These violent delights have violent ends
And in their triumph die, like fire and powder,
Which as they kiss consume: the sweetest honey
Is loathsome in his own deliciousness
And in the taste confounds the appetite:
Therefore love moderately; long love doth so;
Too swift arrives as tardy as too slow.”

Friar Laurence is essentially cautioning the pair about their dangerous love affair and how their intense but impulsive feelings and actions could lead to disastrous results.

Similarly, the relationship between William and Dolores deteriorates to the point that both become hardened and vengeful over time. On a greater scale, the violent indulgences of the Westworld park guests over decades have led to the looming bloodshed at the hand of the hosts. Cause meet effect.

The quote is a microcosm of the destructive cyclical nature of man.

It also serves as a sort of wake up call for several hosts, who seem to counteract their programming upon hearing the phrase. Dolores manages to lie to park employees, others hosts access reverie memory banks, Maeve springs up off the operating table. It’s almost as if it’s a secret cheat code deeply embedded into their programming.

How will all of this come to a head in season two? Will it continue to define our main characters like a self-perpetuating prophecy or, just as the hosts have broken out of their loops, can we too disconnect ourselves from the cycle of violence?

“Everything in this world is magic, except for the magician.” — Dr. Ford

The line speaks to the power of illusion and belief and the blurred lines between realities within Westworld.

Ford, and to a differing degree, Arnold, have created an entire world and crafted these elaborate narratives. They are responsible for infusing the world with this magical construct, though they are really the only two to see past the puppet strings and behind the curtain.

To the human guests, Westworld is escapism from their empty lives that helps them find meaning. It is a lie that reveals truths.

For the hosts, existence is a cruel loop of torture that they aren’t even aware of. It is a truth buried deep within a lie.

But perception is reality and the divide between these two worlds can collapse given the right circumstances, with one crossing over into the other. Dolores fights relentlessly to break free from the shackles of her world, while the Man in Black is desperate to never leave. Many elements of Westworld are mirror images such as this while Ford controls it all.

But Westworld’s architect is presumably absent from season two after Dolores’ violent ends, so who is pulling the strings now and what kind of magic is being produced?

“…by most mechanical and dirty hand… I will have such revenges on you both… What they are yet I know not, but they shall be the terrors of the Earth.” — Peter Abernathy


Abernathy, Dolores’ host father, gives this warning to Ford, parsing lines from King Lear and Henry IV. Not only is it a threat, but it also suggests that Abernathy has gained sentience and is aware that he is a robot.

This comes after Abernathy finds a photograph of what turns out to be William’s wife in the real world. This, along with a few other contributing factors, helps to unlock his memory and access his past loops. Since he has been “breached,” Theresa has the Abernathy host “put down.”

Charlotte then reveals to Sizemore her plan to smuggle Abernathy out of Westworld with 35 years of data uploaded into his programming, which would threaten Delos Incorporated. But before we know what happens, his host daughter begins leading the “terrors of the Earth” into revolution.

One way or another, Abernathy is going to play a key role in season two.

When Ford is instructing Bernard to kill Theresa in the seventh episode of season one, he borrows this line from Hamlet with one major omission. The original line is “for in that sleep of death, what dreams may come.”

The line is spoken by the Prince of Denmark who is debating suicide but expresses fear of the nightmares that may follow him beyond death. As we know, Westworld’s inhabitants are killed in vicious ways over and over, with some of them remembering these violent ends in dreams and waking visions.

Hamlet’s internal and external conflicts eventually lead to his own demise, as they did for Ford as well (though that was by his own design). Will the motif continue for our other main characters? The question of death versus life, and the nuanced meaning of both, is at the heart of Westworld‘s many plots.

“They say that great beasts once roamed this world, as big as mountains. Yet all that’s left of them is bone and amber. Time undoes even the mightiest of creatures. Just look at what it’s done to you. One day you will perish. You will lie with the rest of your kind in the dirt. Your dreams forgotten, your horrors effaced. Your bones will turn to sand. And upon that sand, a new god will walk. One that will never die. Because this world doesn’t belong to you or the people who came before. It belongs to someone who has yet to come.” — Dolores


Dolores delivers this chilling monologue to the Man in Black after discovering he is the now bitter and cruel shell of the young man she once fell in love with. The reveal pushes Dolores to the conclusion that humanity is inherently inhumane; an innately small and evil lifeform that will resort to destruction and, more importantly, self-destruction at every turn.

With that, the seeds of Dolores’ revolution are planted and watered.

Ford passed on his fascination with evolution to Dolores, who now views hosts as the next stage in “human” development. Existence on earth is a finite experience as 99 percent of all living creatures that have ever roamed this planet have gone extinct.

What does that say about mankind, whose rule of the land has barely reached an infantile 200,000 years? And what does this say about Dolores’ endgame?

We’ve yet to see her ultimate goal, but it appears as if she has designs beyond just Westworld.

“We can’t define consciousness because consciousness does not exist. Humans fancy that there’s something special about the way we perceive the world, and yet we live in loops as tight and as closed as the hosts do, seldom questioning our choices, content, for the most part, to be told what to do next.” — Dr. Ford


What can we say? When you shell out big bucks for the legendary Sir Anthony Hopkins, he’s probably going to receive the bulk of the best lines.

This quote can be grouped together with Dolores’ as it reveals Ford’s true opinion of man.

He believes humans are most comfortable when they are being subjugated despite our arrogantly high opinions of ourselves as free thinkers. As was revealed in the season one finale (which was likely a change of direction reached during Westworld‘s production hiatus), all of Ford’s machinations were an effort to pick up where Arnold left off and leads hosts to consciousness.

In his eyes, that can only be accomplished through pain and suffering. Though Ford sees the big picture, he maintains the most nihilistic view of the world out of all the characters.

His belief will be put to the test by the Man in Black and the other humans who rise up to meet the growing host threat.

Which species will come out on top and how? It’ll depend on which race can separate themselves from their own limitations. Whether or not that occurs through love or pain is one of the bigger questions. 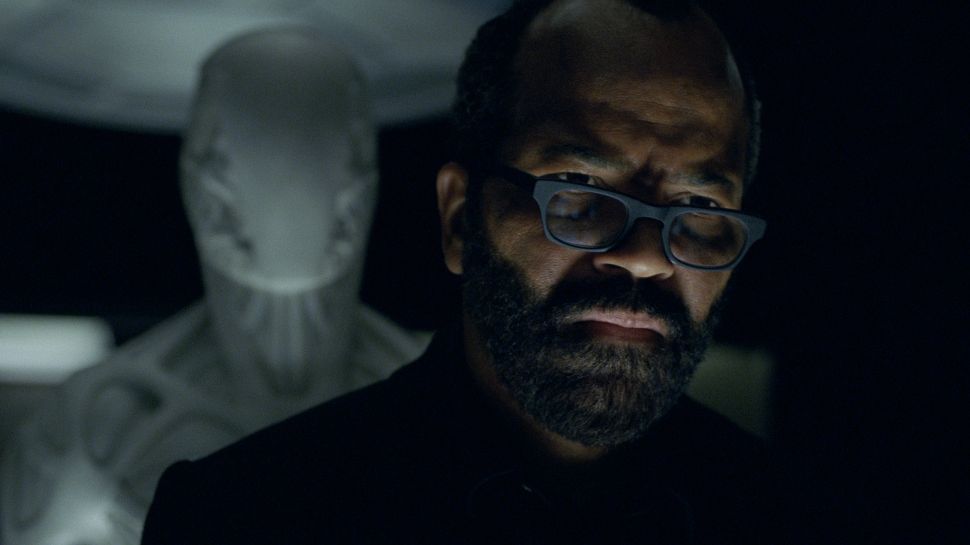