Some people choose to see the ugliness in this world. The disarray. We choose to see the spoilers—through the second episode of Westworld season two—contained in this post. Is it order and purpose you’re looking for? Head here to explore Observer’s latest Westworld news, theories and analyses.

Avengers: Infinity War is the most ambitious crossover in history, you say? Pshh, yeah right. How about Maeve and Dolores getting their ideological warfare on?

“The Reunion,” the second episode in Westworld‘s second season, plunged us into the meat of this year’s driving arcs, while also giving us the supervillain origin story we didn’t know we wanted for Westworld. Where as last year centered around making it to the center of The Maze, this year is all about finding “The Door,” “Glory,” “the Valley Beyond,” and other potentially interchangeable end game terms.

Fair Warning: This post contains a thorough de-bugging of Sunday’s follow up, so if you haven’t seen it yet, make like Logan Delos and fade away into a drug-fueled stupor. (Wait, don’t do that, that’s horrible. Just watch the episode first).

What Is Westworld’s True Value?

We’ve now confirmed that Delos Incorporated and Westworld are deep into the data mining game. Is Zuckerberg on the board of executives? Quite possibly.

In “The Reunion,” we see young William pitch Logan’s father, James Delos, on the potential value of Westworld. At first, Delos is unimpressed, but William is a convincing salesman.

“Nothing here is real except for one thing—the guests,” William tells him. How these people behave when they think no one is watching or judging can prove to be an “investment in the future,” as our white-hat-turned-black explains. “It’s the only place in the world where you get to see people for who they really are,” which also connects to last week’s reveal that the drone hosts are harvesting DNA and guest experiences from our not-so-friendly androids.

“The drone hosts relate to the corporation’s secret project which is hidden in plain sight in this park. As we talked about in the pilot, the park is one thing for the guests, and it’s another thing for its shareholders and management—something completely different. We’ve used the Google analogy—for consumers, it’s for search and email, yet for the company, it’s for advertising,” Nolan told the outlet.

But is all of this trickery and misdirection really just so Delos Incorporated can sell more useless junk to consumers? I’m not buying it.

Last week, I speculated that this data mining was being used to potentially create host clones of Westworld’s most influential and powerful guests. What I did not know at the time is that in the sequel—Futureworld—to Michael Crichton’s 1973 original film on which our sci-fi robot TV show is based on, the evil executives do just that. Are we shuffling towards new world order?

There’s another possibility at play here as well.

William muses that Westworld also represents “an answer to a question no one has dreamed of asking.” Earlier in the episodes, Logan is baffled by our technological advancements when he meets the hosts for the first time, going on and on about how humanity isn’t supposed to be at this point yet.

Could William and Delos be harvesting human DNA in order to perfect a form of ever-lasting life? Uploading your consciousness into a robot is a staple of this genre and just whackily ambitious enough to be within Westworld‘s purview.

“That’s why your world exists. A place hidden from god where we can sin in peace,” Old William tells Lawrence. “Judgement wasn’t the point; we had something else in mind entirely.”

How About That Dolores-Maeve Divide?

Without a doubt, Dolores and Maeve are Westworld‘s two most interesting and high-quality characters. What is most compelling about them is the different ideologies they represent, as we’ve touched upon before. Like Jon Snow finally meeting Daenerys Targaryen in Game of Thrones, it was great to see these two titans cross paths again.

But their exchange represents the dueling philosophies of their characters and of the show’s argument about the nature of humanity. Dolores, as we’ve seen, is hell-bent on bloody retribution and wants to recruit Maeve and her crew, but that’s not Maeve’s style.

“Revenge is just a different prayer at their alter, and I’m well off my knees,” Maeve says. She’s only concerned with her love for her daughter and not with ideas of revolution and world conquest.

Both are reacting to the trauma of their lives in different ways, and it’s interesting to see the parallel paths they’ve been set on (notice they both have romantic side-kicks in Teddy and Hector).

“I used to see the beauty in this world, but now I see the truth,” Dolores says earlier.

Her truth is a lot uglier and more violent than Maeve’s. I assume these two will meet again, and it will be crucial to the show on what terms that meeting occurs.

Does Anyone Actually Know What the ‘Valley Beyond,’ ‘The Door’ and the ‘Weapon’ Are?

Dolores and Teddy are staring off into the horizon at the conclusion of “The Reunion,” discussing the fate of this world and, potentially, the world beyond (which Dolores has been to a couple times). During this scene, Dolores hints at her plans.

“Glory. Valley Beyond. Everyone’s got a different name for it, and they’re all bound for the same destination,” Teddy says.

Dolores answers: “I know what we’re going to find there. An old friend was foolish enough to show me long ago. It’s not a place. It’s a weapon. And I’m going to use it to destroy them.”

On first mention, I assume the “weapon” is all of the data Delos has been secretly gathering on its park guests, reaffirming the importance of the missing Peter Abernathy.

Teddy mentions how ill-equipped they are to invade the outside world, but what better way to prepare for an enemy than by learning their deepest and darkest desires? Then again, this could just be another example of clever misdirection.

The Valley Beyond, Glory and The Door all seem to be referring to the same “place” or final quarry. “The Valley Beyond” is first mentioned in the season premiere when Bernard, Stubbs and the Delos army team watch Dolores blow away members of Ghost Nation via host brain playback. (“Not all of us deserve to make it to the Valley Beyond,” Dolores says before killing one of them.)

Old William is racing to the same destination, putting him on a crash course with Dolores. But he wants to leave Westworld in ruin before he arrives at the final game.

“This whole enterprise is going down in flames, we’ll all be dead soon enough,” he says. “In the little time we have left, we have been given a chance to see what we’re really made of, a glimpse of the men we could have been.”

Most likely on an island off the south eastern coast of China. Watch this video for more information. 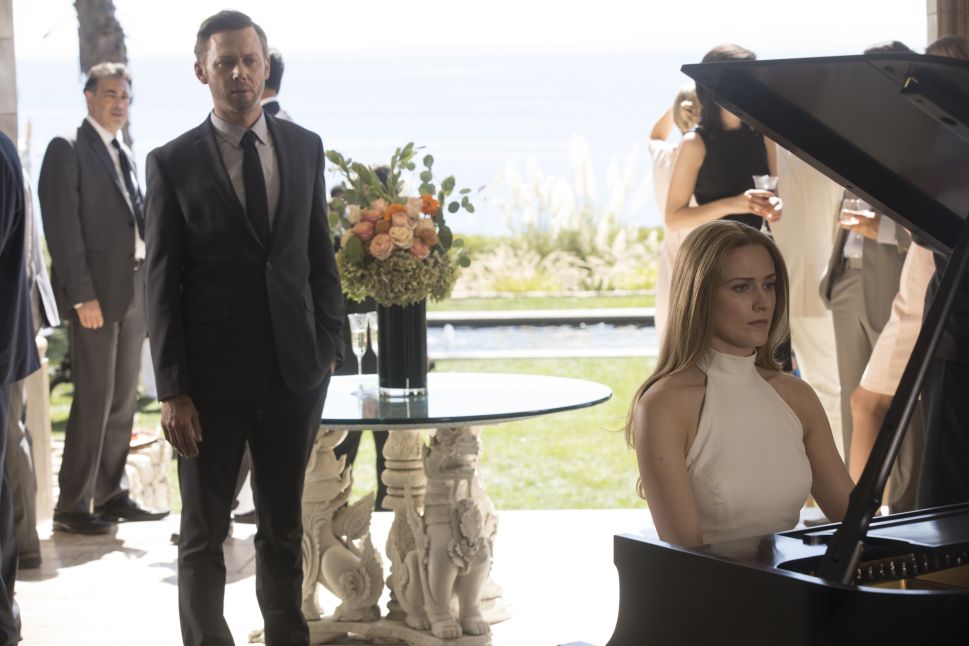