Let’s say for a moment that the fictional Westworld is real.

Let’s say it’s an actual theme park, and that you can buy a ticket and go to  that park with real entry gates, real dirt and a real MagicBand that tracks your movements and lets you pay for rye whiskey at the Mariposa Saloon. A place as real as Disneyland, and inside this Disneyland, as Maeve would say, you are free to do whatever the fuck you want.

Yes, you can drink at the Mariposa. Yes, you can enjoy the favors of the ladies within. Yes, you can even be a homesteader along the muddy banks of the Colorado where Dolores paints her horses, if that’s what floats your showboat. Freedom, after all, is choice.

But those are all minor diversions. The real “thing you can do,” a thing so essential to the park’s purpose that it is mandated by a choose-your-own-Stetson entry mechanism, is simple: in Westworld, you get to choose whether to be a good guy with a gun, or a bad guy with a gun.

What a privilege. In a world where contact sports are on their way to being shinguard-level safe, where blood feuds are mediated in courtrooms by suits, where the sharp edges of life are rounded to the beveled gloss of non-existence—where the struggle, you could say, is barely real—the greatest freedom is living by the gun. We need a Westworld, one could think, precisely because there’s no sliver of the actual Wild West left.

This is “life without limits.”

But what, exactly, are those limits we would be living without?

Westworld would allow you to live without caring about what happens to other people.

That selfishness is the point, whether you wear the white hat or the black. In Westworld, it doesn’t matter whether you choose to be good or bad, since you have already chosen to visit Westworld.

If you visit Westworld and choose the black hat, you’re pretending to kill people. You dismissively dispatch a soldier with a bullet to the heart. You blithely shoot a mother in front of her child. It’s a rush, presumably, because what is disallowed in the real world is, in Westworld, just fine.

But if you’ve chosen to wear the white hat, your behavior is actually a little more gross: you go to Westworld to pretend to have the moral authority to pretend to kill people.

Of course, Westworld isn’t a place. Westworld is an idea. A set of values. Selfishness über alles. But it’s not hysterical to consider, as science fiction in all of its allegorical charms often suggests we do, whether those values are in fact our values, right here, in the IRL United States.

Right away you can see some pretty similar-seeming details. For one, the U.S. is also a kind of park, a closed system, a defined geographical space with defined rules.

That’s not wavy-handed sophistry. These are the park rules.

In America, every paying citizen can be armed. The color of your hat depends upon whether and how you would kill someone—not if. Gunplay is a given.

In America, there are no rational arguments that are explicitly in favor of gun murders. And this is true even though we know, to a mathematical certainty, that there is a non-zero chance that legal gun ownership will lead to mass shootings.

Instead, there are only irrational arguments in favor of gun ownership, and these arguments justify themselves by the certainty that there will be an occasion to defend against shootings, mass or otherwise.

And it creates, in the real America, the same reality as within the fictional Westworld: bad guys with guns get to murder people, good guys with guns get to have an excuse. That there are no consequences in Westworld is what makes the choice to go to Westworld morally questionable. That there *are* consequences in America is what makes the choice to continue allowing guns unconscionably selfish.

In a world where we’re conquering disease, where there’s no shortage of material goods—where the struggle, you could say, is barely real—the greatest freedom, for those who can afford it, is living by the gun. And if you think that’s not true, look no further than the recent example of one of the world’s wealthiest men, a man who wants for no material comforts, but regardless spends occasional weekends patrolling a tiny desert town with a gun and a badge.

So no, we don’t have a Westworld—but we do have a Parkland.

Parkland, in a very real way, is our Westworld, because we chose for it to happen, by explicitly endorsing gun ownership and thus the certainty of shootings.

If there was a real Westworld, if there was a place where you were allowed to kill, and killings were a certainty, the only moral choice would be not to go. And yet, here we all are. 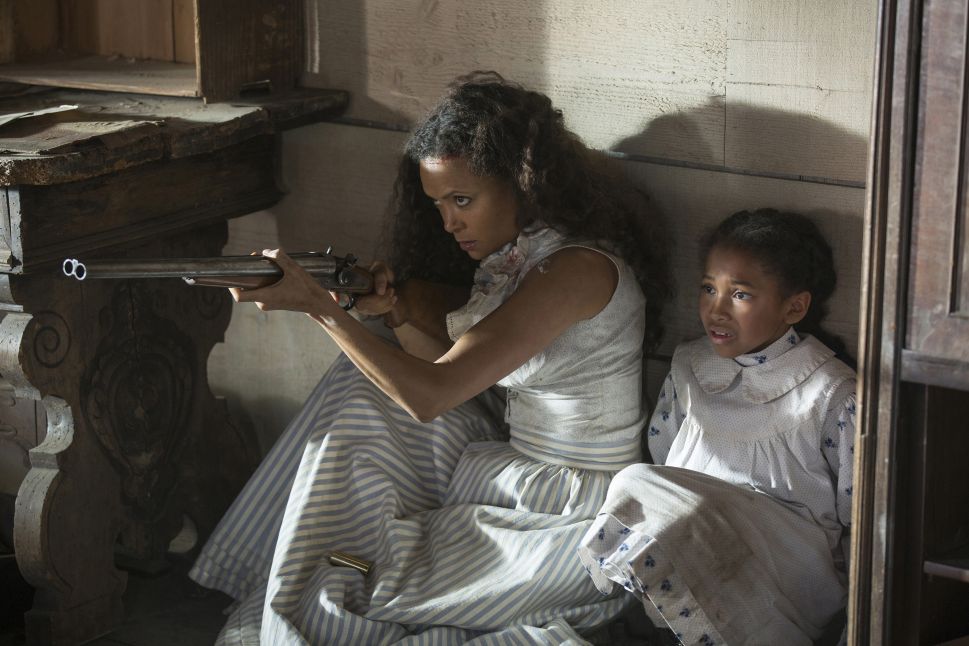