HBO needed Westworld to be a massive hit like ice cream needs a cone.

The expensive and ambitious sci-fi drama set the premium cable network back $100 million and suffered through production delays that drew a slew of bad press. The inauspicious start was clearly not how HBO wanted its heir apparent to Game of Thrones to get off the ground.

But once the episodes started hitting screens, all of those headaches were forgotten as Westworld put up LeBron-like ratings numbers and proved to be a rare group-viewing event in today’s fractured TV experience (how many episodes did you live tweet? Be honest). Now, 16 months after the show’s rookie run concluded, we’re finally gearing up for season two.

As such, here are the seven most striking uncertainties we have before the new episodes begin.

In the season one finale, Anthony Hopkins’ Robert Ford willingly gets shot in the back of the head by Dolores in order to spark the robot uprising. From our perspective, this is not a Tupac situation; Ford is dead as a doornail. But this is Westworld we’re talking about, people, where twists, turns and misdirection are law.

Sir Anthony Hopkins is a busy movie star with hefty salary demands. The allure of prestige TV is strong these days, but we’re not convinced Hopkins gave a multi-season commitment. But narratively speaking, faking-out the characters and the audience with a Ford host is in step with the entire series. We already have one robot clone in Bernard (Arnold), why not complete the set?

Let’s put it this way: we wouldn’t be jaw-dropped shocked to see Ford pop up in season two.

2. Who was that mystery host Ford was building?

Speaking of Ford, who was the host he was printing back in season one? Remember when we caught a glimpse of him using that secret 3D printer, but didn’t see who, or what, he was building?

Come to think of it, this could be the answer to our first question…

If not, we assume whoever he was making must play a central role in the host’s fight for freedom. Perhaps it’s one last gift to androidhood. Maybe those creepy faceless robots we saw in the season two trailer? I’m checking under my bed tonight.

3. What are the other parks?

We know from the Westworld website that Delos Incorporated includes six parks. We know from season one and the trailers for season two that we’ll be visiting the Samurai-filled Japanese-set Shogun World this year.

But what other worlds are out there?

Previously, creators and showrunners Jonathan Nolan and Lisa Joy teased Medieval and Roman Worlds, which also appeared in the 1973 Michael Crichton film. It’s possible that we catch a glimpse of those this season, but that still leaves two more parks to discover.

Our money is on one aquatic themed world and one futuristic world, which will play roles in later seasons.

Westworld is set in a futuristic theme park where human guests can take the concept of bachelor parties in Las Vegas to their genre-specific extremes. But what does the real world look like, and where the hell is this all taking place?

Based on the appearances of the characters and their interactions, we can safely assume that Westworld occurs in some vague near-future timeline. We were almost treated to a look at the outside world when Maeve boarded that train out of Westworld, only for her to head back into the park for her “daughter.”

In the season two trailer, Bernard seems to confirm that Westworld and the other parks are on an isolated island. But what chunk of land could realistically fit all six parks and what kind of economic situation is the world in, if Delos Incorporated has the resources to keep this operation afloat? Are we even still on planet Earth? Is the Tyrell Corporation going to rear its ugly head anytime soon?

The trailer also includes a few brief shots of Dolores in what appears to be the real world, but is this just another park? A flashback memory? So many questions that will form the basis of so many Twitter #HotTakes this season.

5. What is Dolores’ endgame?

While we’re on the topic of Dolores and the real world, just what exactly is her overarching goal? Now fully sentient, Dolores’ thirst for revenge is understandable, but there has to be more to her successful completion of Ford’s consciousness maze than bloodlust, right?

Does she want to lead an army of hosts against all of mankind, invading the real world with the next rung of the evolutionary ladder in mind? Will she and her robot brethren be satisfied with taking over all of Westworld? What about all the hosts in the other parks?

We want to know how far her revolution spans and what plans she has in mind long-term. Once we know that, we can mold an idea of what the future of Westworld the TV series might look like.

6. Where are the missing humans?

There are several human characters whose statuses are currently up in the air.

For starters, what happened to Logan, William’s future brother-in-law and corporate nemesis who accompanied him to the park?

When last we saw poor Logan (actually, he was kind of a dick, so scratch that poor part), he was tied to a horse naked and sent packing into the vast expanse of Westworld land by William (the greatest hazing trick an adult frat boy ever pulled). However, we get a few glimpses of Logan in the season two trailer, leading us to believe he’s still alive but perhaps not all that well.

Remember, William isn’t exactly upper management when we first meet him, meaning he out-maneuvers Logan, whose family owned Delos 30 years prior to the primary timeline, to become head honcho.

Then, there’s security chief Stubbs (played by the third Hemsworth brother who we did not know existed until recently), who was abducted by Ghost Nation, the ultra-violent Native American tribe that seems to know a bit more about the true nature of Westworld than everyone else. Stubbs is also seen briefly in the season two trailer.

Lastly, there’s Elise, one of the top employees in Bernard’s Diagnostics Department. Sadly, Ford forced Bernard to “kill” Elise as she closed in on the truth about all the corporate-espionage going down. She was not seen in the season two trailer, but, similar to Logan and Stubbs, also did not receive an on-screen death confirmation.

So where have these three been and what have they been up to?

7. Is Maeve fully sentient or not?

Maeve masterminds the control center killing spree through sheer intellect and chutzpah… except it was all really just a pre-programmed distraction by Ford.

Throughout season one, we’re led to believe that the former madam has followed in Dolores’ footsteps to achieve consciousness. However, the finale makes us re-think our conclusions when Bernard reveals that her jailbreak was all apart of an elaborate ruse.

At the last moment before her escape, Maeve reverses course to head back into Westworld and rescue her “daughter,” a move that suggests that she is finally acting against her programming and has become self-aware. But that’s not a given despite the implications. We wouldn’t put it past Westworld to pull a double-reverse on this one. 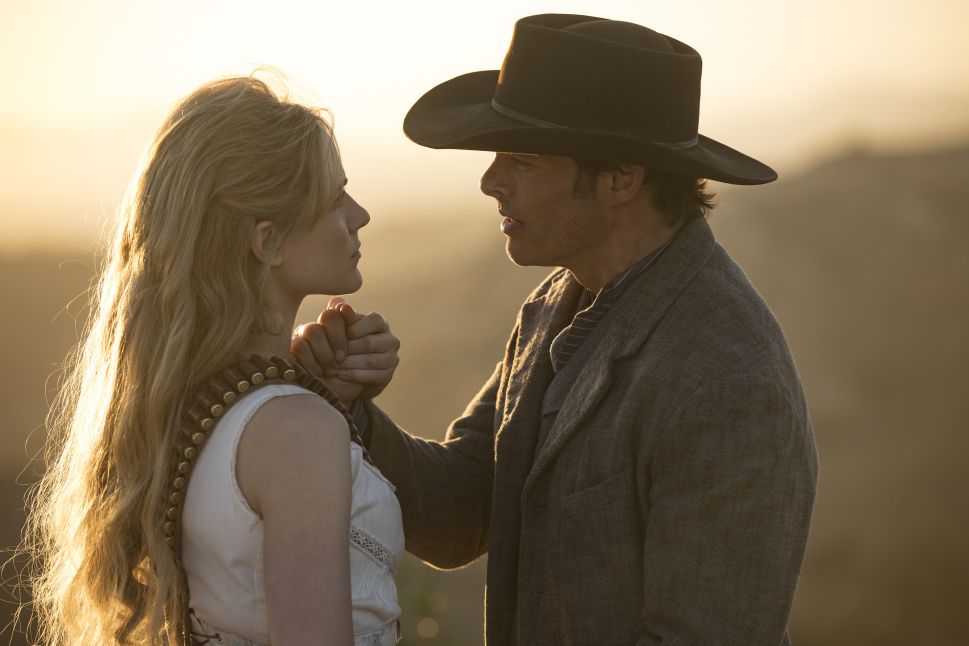