Westworld creators and showrunners Jonathan Nolan and Lisa Joy have previously teased Medieval World and Roman World as two of the six parks in existence, similar to Michael Crichton’s original 1973 film. However, what was teased in the conclusion of the hit show’s explosive first season, and again in the official trailer for season two, is the Samurai-filled Shogun World.

What’s the deal with that place? Why is that the first non-Westworld park we see? What role will it play in season two?

Given that this is Westworld, details about the mysterious new locale have been scarce, but Nolan and Joy recently opened up about Shogun World to Entertainment Weekly and provided fans with a few key insights.

For starters, there is a practical reason why Shogun World is the first new park to pop up.

“Part of the reason we’re going to Shogun World instead of to Roman World or Medieval World is, yes, you saw those in the original film. But also if you’re doing a theme park, you wouldn’t limit it to the Western European or North American experience. You’d try to reach a global audience. So the idea is you have a texture here that’s totally different,” Nolan explained.

Joy added that Shogun World offers the show and, as a result, the viewers, a new experience that builds on what came in season one.

“…So we looked to all our [department heads] to make sure we had the full thrill of exploring Shogun World… researching hair and production design and costume, working with choreographers who were skilled at fighting styles we haven’t seen before, and of course working with incredible talent, from Hiroyuki Sanada and Rinko Kikuchi, and the other actors that we cast and the extras filling it out. It was wonderful to see that world come alive,” she said.

The pair has noted that Shogun World is loosely based on the Edo period (1603 to 1867) but will be a composite of several different eras spanning 300 years. They’ve also teased that the new park will be even more artfully violent than Westworld—if you can believe that.

“In addition to Kurosawa films, which are plenty bloody, I grew up watching the Sonny Chiba films—those are the ones Tarantino is riffing on in his films with the superfluidity of gore and mayhem; this sense of an alternately brutal and beautiful world that raises the volume on what the guests might be looking for,” Nolan said. “It wasn’t just about gore, it’s also about being immersive. We wanted to feel like our story dropped into a totally different world. Basically, we have a whole episode in Japanese.”

But viewers shouldn’t expect a colossal shift in season two.

The majority of the episodes will again be spent in Westworld, but fans will be treated to peeks at other parks this year. A couple episodes will be spent in Shogun World with other storylines continuing elsewhere. Season two will be an expansion of what came before it that will include some world building without detracting from the central story at play.

But what we really want to know is if Dolores is going to fight a Samurai? Because we’re 100 percent on board with that.

Westworld returns to HBO on April 22. 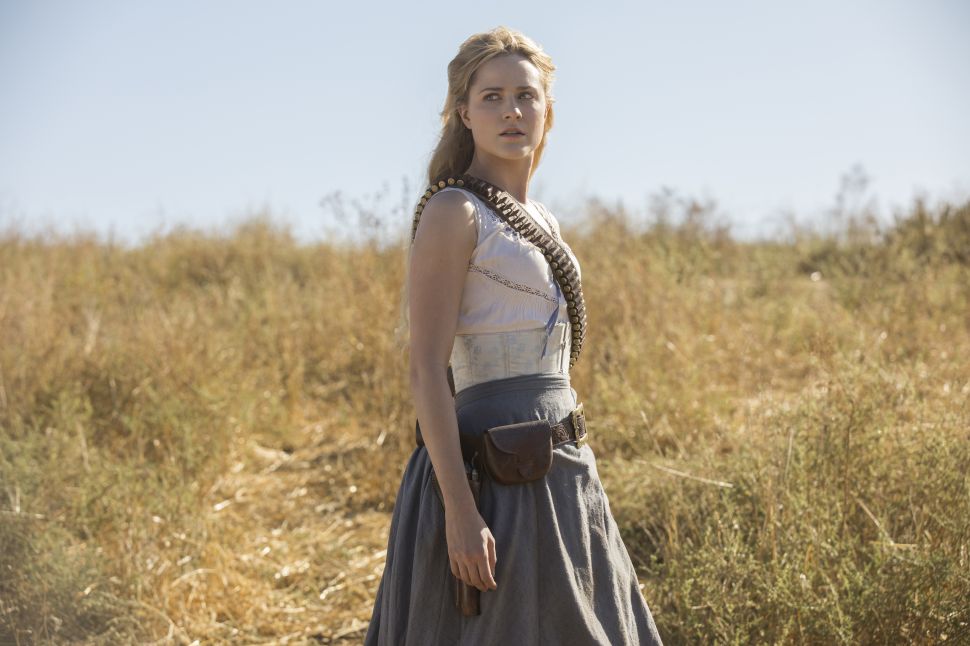