New York politics got a lot more interesting over the weekend. The left-wing Working Families Party (WFP) endorsed Cynthia Nixon in the governor’s race rather than siding with Andrew Cuomo, the powerful incumbent. The WFP’s defection from Cuomo, who the organization supported in 2010 and 2014, means the contest is going to be more competitive than observers originally thought. How it develops over the next six and a half months will reveal fundamental truths about our state’s most powerful interests—and ourselves.

In an effort to minimize the WFP’s endorsement of Cynthia Nixon, two major unions—SEIU 32BJ and the Communications Workers of America—left the organization in protest. Other labor leaders aligned with Cuomo are likely to either follow suit in deed or in action. It’s all very exciting, but what does it mean?

The outcome of the race for governor is now a little more in doubt. Nixon is running a spirited primary campaign, proving to have the momentum and energy of Zephyr Teachout’s 2014 campaign combined with the star power of an accomplished actor. But the latest polling from Siena College still has Cuomo with an overwhelming lead of 47 points among Democratic voters. The race will tighten, but probably not by enough to change the outcome.

We’ll see how effective unions are. There is a general perception that some unions can turn out votes across the state. But when the union’s candidate is the same as the Democratic nominee, it’s hard to determine who performed on election day and who didn’t.

But now we’ll know. If 32BJ and the CWA can turn out a decent chunk of regular WFP voters for Cuomo, their reputations as electoral forces will be proven and their standing will be enhanced in Albany. But if they fail to provide Cuomo with a boost, they will be revealed as paper tigers. This is a big risk for these unions to take—and one that other labor leaders are calculating right now.

We’ll see how effective grassroots advocates are. Citizen Action, New York Communities for Change, and Make the Road By Walking are now Nixon’s biggest supporters. They delivered her the WFP line, and now they need to deliver votes—both in the primary and in the general election. Politicians fear progressive grassroots organizations because they believe that defying them can upend their next election. Now we’ll find out if it’s actually true.

Most importantly, this is a showdown of old versus new politics. Cuomo is a master strategist. He will always outpace his opponents when it comes to fundraising, endorsements and organization. But those are all functions of fear, practicality and logic. Nixon isn’t going to out-muscle Cuomo. But if she has genuine enthusiasm from the Left and if voters love what she stands for, she doesn’t need that much money and organization. All she needs is a lot of attention and energy.

This is a test of 1990s-style politics (when Cuomo came of age), where politicians try to play everyone against each other and capture the support of major outside interests, against today’s politics, where winners are chosen based on how well and directly they can connect with voters. If Nixon wins more than 40 percent of the vote in the primary or forces Cuomo into a tough fight against his GOP opponent in the general, it will be a clear sign that New York politics has changed—and those who can’t adapt their worldview should start looking for a new profession.

In the end, will any of this result in a different governor or a different Albany? Probably not in the short term. But in the long term, if New York politics start to resemble what has happened at the federal level, New Yorkers will have very different types of leaders and a very different generation of politicians. 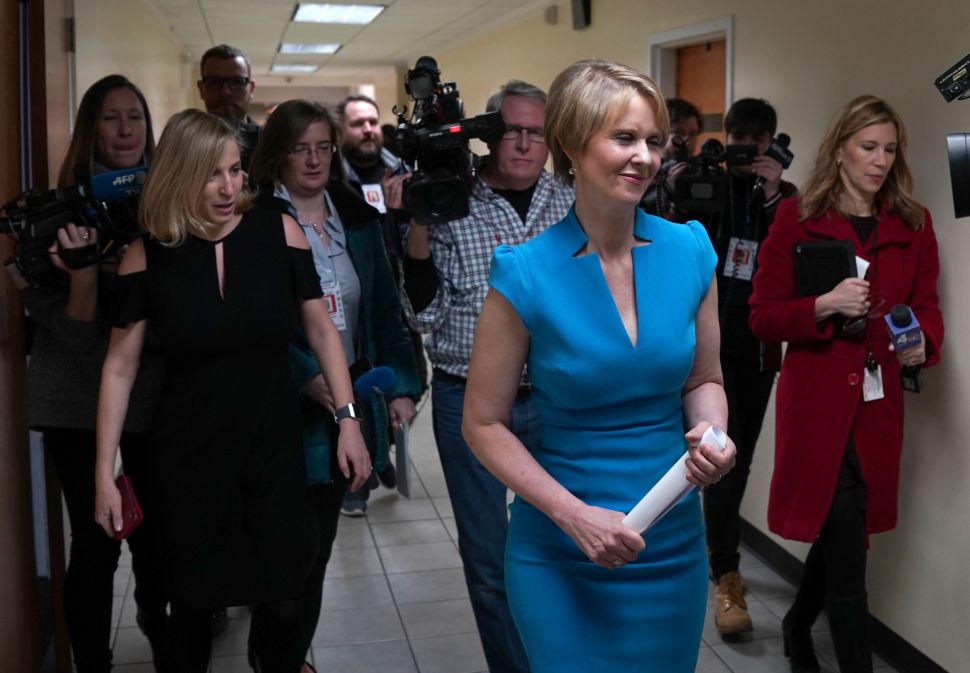