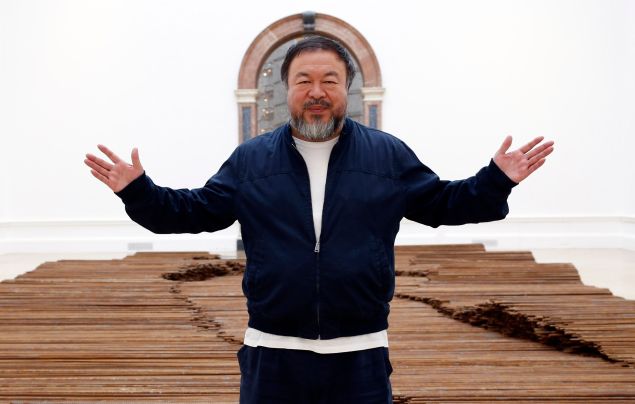 Ai Weiwei stands with his sculpture ‘Straight’ as at a preview of his 2015 Royal Academy exhibition. Alex B. Huckle/Getty Images

More is always better. That seems to be the working philosophy of Ai Weiwei, the Chinese superstar artist, who will be taking over Los Angeles this fall with not one, but three exhibitions simultaneously on view throughout the city. The opening of Ai’s show at the Marciano Art Foundation on September 28 will be followed just a day later by his opening at Jeffrey Deitch’s new space in Hollywood, that gallery’s inaugural show. A week later, UTA Artist Space (run by United Talent Agency) will open a third exhibition of Ai’s work in their new Beverly Hills iteration. Though these anticipated presentations of his work have garnered some media notice, it’s been mostly about the unusual occurrence of an artist exhibiting this much in one city at one time. The attention paid to the art itself though, feels oddly lackluster.

This manic approach to exhibition falls in step with Ai’s long artistic career, where excess frequently defines the showcase. A retrospective of the artist’s photography at the Museum of Contemporary Photography in Chicago last year, for instance, assumed viewers had the attention span for the more than 30,000 works on view. His all-consuming approach to art also sees him dabbling in a breathtaking range of media. In addition to his photography and sculpture, perhaps the most ubiquitous of his outlets, he also makes forays into architecture, filmmaking, social practice and writing. He lately has also become an Instagram star, his feed peppered with abundant selfies.

Ai is a sharp social media player, and elsewhere he uses it to champion social causes and highlight political injustices. From 2006 to 2009, he wrote a prolific blog in China that openly criticized the Chinese government, and for which he eventually drew its ire, forcing him to shutter the site. He subsequently suffered police beatings and surveillance, imprisonment, and the impoundment of his passport, which left him unable to leave China for many years. When the passport was returned to him in 2015, Ai left China, and to date he remains in exile, where he continues to speak out against the nation’s government, as well as other corruption and suffering throughout the world. In more recent years, on Twitter—another of his very active social media profiles—Ai calls attention to the ongoing maelstrom in Syria, the slow erosion of human rights by the Trump administration, and the plight of Palestinians in Gaza. He stands in solidarity with many who have no voice and no platform.

All of this makes it especially difficult to reconcile his longstanding, committed, and apparently sincere activism with his artistic practice and output, which often seems narcissistic, overabundant, and occasionally sophomoric. Is it possible that the potency of an installation focusing on the global refugee crisis (planned for the Marciano Foundation) could be diluted by an installation of the Chinese zodiac as rendered in Legos (planned for the new Deitch space), for example? How much does Ai have to gain by exhibiting a selection of his marble sculptures with a gallery like UTA (associated with the behemoth talent agency), which recently came under fire for attempting to open shop in Los Angeles’s Boyle Heights, a neighborhood desperately trying to resist gentrification?

Just how much Ai uses his cultural capital to leverage his activism and how much he uses his activism to leverage his cultural capital is unclear, but the two certainly seem to feed each other. Has the artist found himself in some kind Sisyphean cycle where, while more work (and a bigger profile) allows him to cast attention to his activist causes, the uptick in production has transformed his name into a brand and a business? Is the sheer amount we see by and about Ai causing us engage less with all of it—activist work included?

His James Franco-esque approach to projects leaves him not only open to criticism of his motives, but running the risk of overexposure. Sometimes more isn’t always better. Sometimes more is just more, and the impossibility of being able to follow Ai down all these copious paths seems to be leaving us a little inclined to skip it all together. 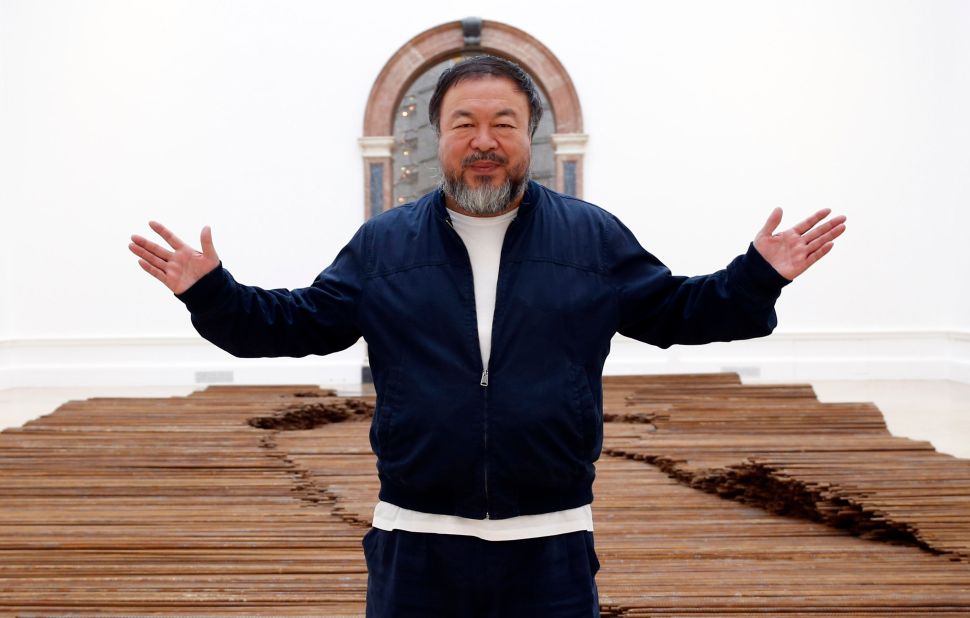