Six weeks after education activist and advocate Cynthia Nixon announced her bid for governor—and just four months until the Democratic primary—Gov. Andrew Cuomo still holds a big lead over Nixon among New York State voters, according to a new poll released by Quinnipiac University on Wednesday.

Voters also expressed unfamiliarity with Cuomo’s challengers, with 52 percent of voters saying they do not know enough about Nixon to form an opinion about her, compared to 74 percent who are unfamiliar with Molinaro.

“Actress Cynthia Nixon is a nuisance to Gov. Andrew Cuomo as he seeks a third term, but at this stage, she is not running strong enough to make either the Democratic primary or general election challenge successful,” Peter Brown, assistant director of the Quinnipiac University Poll, said in a statement. “Only half the electorate knows her. And in a three-way race that includes Republican Marc Molinaro, Gov. Cuomo does about as well as his two challengers combined.”

Last month, the Working Families Party (WFP) endorsed Nixon. If Nixon is on the November ballot as the WFP candidate in the general election in November, the governor’s support drops to 40 percent, with 23 percent for Molinaro and 20 percent for Nixon.

The poll also found that 54 percent of state voters approve of the job Cuomo is doing, compared to 39 percent who do not—his highest approval rating since he received a 58 percent approval rating and 32 percent disproval rating in a December 2014 Quinnipiac poll.

Still, voters generally prefer candidates who have experience in politics over someone who is new to politics, at 60 percent, compared to 29 percent who had the opposite view.

In March, a poll by Siena College Research Institute found that 66 percent of registered voters said they would vote for Cuomo, compared to 19 percent who said they support Nixon. 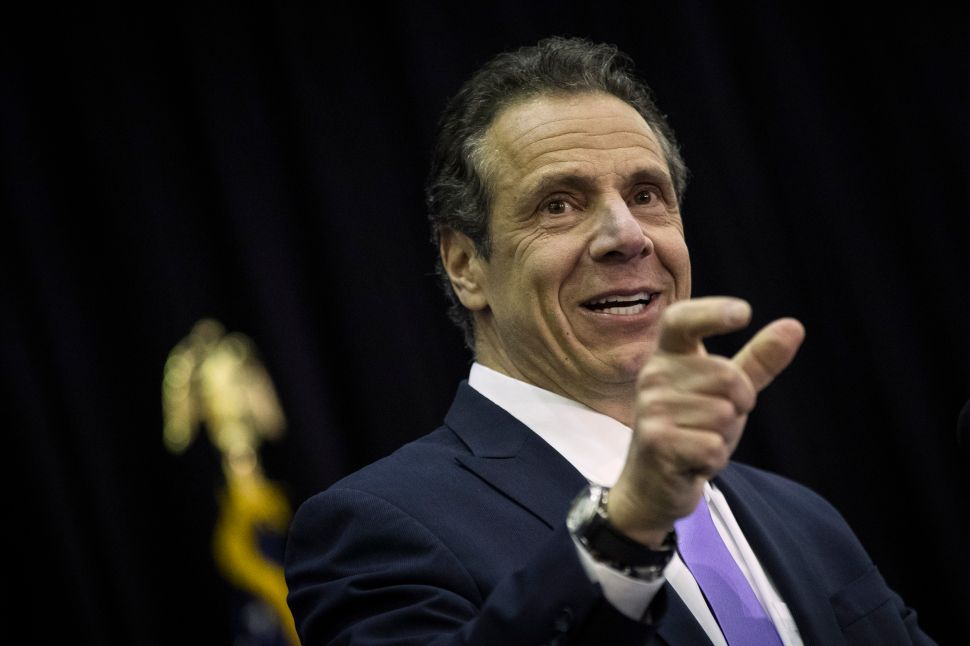