Art exhibits take place all the time (ho-hum), but what really has riveted the attention of the art world in the past decade has not necessarily been what’s on view, but rather whether it attracted any kind of controversy. Lawsuits against, among others, artists (Richard Prince, Peter Doig, Jeff Koons), art galleries (Knoedler, David Zwirner, Gagosian), auction houses (Christie’s and Sotheby’s), art storage companies (Christie’s Fine Art Storage Services, Mana Contemporary) and other institutions (Berkshire Museum, Metropolitan Museum) have given rise to more (and more interesting) conversation than any recent displays of art. Who needs critics when a law degree suffices? Just sue the bum.

Still, this litigious response to one type of dispute or another only adds to the clogged docket of cases before the courts, prolonging the process of obtaining justice and only making lawyers rich (if hated).

Looking to speed up the process of settling disputes and make it all less costly, a Dutch-based organization, the Netherlands Arbitration Institute, has partnered with the nonprofit Authentication in Art to establish a first-of-its-kind mediation and arbitration tribunal in The Hague. Authentication in Art would provide the expertise in sifting through evidence when determining whether or not an artwork’s attribution is correct, as well as help untangle the history of ownership for artworks that may have been looted or stolen.

This new Court of Arbitration for Art is scheduled to open for business next month.

“We believe that both sides of an art law dispute would be very interested in obtaining the efficiency and reliability of a ruling from the Court of Arbitration for Art,” William L. Charron, a partner in the New York City law firm Pryor Cashman, who helped establish this arbitration service, said. “Plaintiffs generally don’t seek to delay rulings on their own claims; and in art disputes, where claims can cast clouds over the art at issue, the current owners would have an interest in getting a resolution and lifting that cloud as quickly as possible,” said Charron. Certainly it stands to reason that neither side of a dispute would be eager to elongate the legal process, making arbitration a desirable option, but it also offers an even bigger boon: privacy.

Perhaps the most significant benefit of arbitration to some parties in a dispute is total confidentiality, which means that outsiders need not ever learn of a problem and how it was resolved, as opposed to legal proceedings, which are published. (It’s also why we don’t have any high-profile examples of successful arbitration to trumpet here: it’s easy to keep the details wrapped up.)

The fact that the authenticity of a work of art has been challenged, or that it might have been stolen, may damage the reputation of that object, regardless of what a court may decide. Someone looking to sell an artwork would not want a cloud over its authenticity or title and seek the quiet assurance of an arbitrator’s ruling. 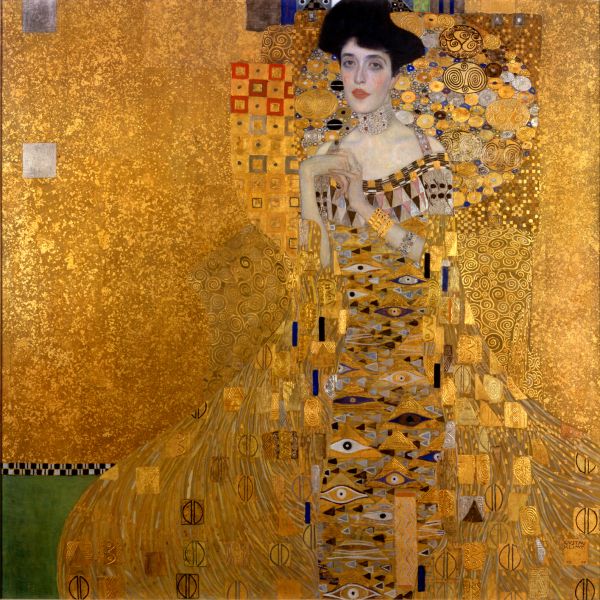 It is for that reason that most major auction houses require disputes between buyers and the auctioneers to be resolved by arbitration. “Before either we or you start any court proceedings,” Christie’s terms and condition states, the matter must be brought to mediation. “If the dispute is not settled by mediation within 60 days from the date when mediation is initiated by either of us, then the dispute shall be referred to and finally resolved by arbitration…The arbitration award shall be final and binding on both of us.”

On its terms and conditions page, the Dallas, Texas-based Heritage Auctions state in all capital letters, “THE PARTIES EXPRESSLY WAIVE ANY RIGHT TO TRIAL BY JURY” adding that any “claim shall be presented in confidential binding arbitration before a single arbitrator,… [and t]he arbitration shall be conducted in Dallas, Dallas County, Texas.”

Another factor that makes this particular setup for arbitration appealing (and unique) is how specialized it is. As Charron said, “both sides would have the benefit of seeking resolutions before a body of experienced art lawyers who are well-versed in the issues and well-positioned to efficiently and reliably weigh and decide the evidence.”

That’s where the Authentication in Art group comes in, providing experience in and knowledge of the type of insider issues that may baffle judges versed in more general areas of the law.

All manner of fine art-related disputes will be open to rulings by up to three arbitrators, including questions of authenticity, contract and chain of title disputes and copyright claims, Charron noted. He added that while the tribunal is based in the Netherlands, the actual arbitration can take place any place in the world on which the parties in a dispute agree. Additionally, an arbitrator could take part through video conferencing.

But don’t worry, there will still be plenty of juicy art lawsuits to read about in future. The decision to go to court or to try arbitration rests on a number of factors, such as the type of legal dispute and the personality of the disputants. “I’m a dog fighter. I prepare for court,” New York attorney William Pearlstein said, adding that many of his clients have that same mindset. “Speed and saving money may not be on everyone’s mind.”

Since they are public notices, lawsuits may actually be filed for the purpose of bringing attention to a problem. Scott Hodes, a Chicago-based lawyer with the Bryan Cave law firm, claimed that, in some instances, lawyers file lawsuits in order to gain attention to a dispute with the idea that other potential claimants may learn about it and come forward to bolster a case.

As ready as Perelstein seems to be for a fight, he admitted that arbitration is “not a bad thing in certain circumstances. In litigation, it is all win or lose. With arbitration, there is a tendency to find something equitable for both sides, with burdens and benefits being shared,” he said. There are some drawbacks to arbitration, he noted, such as the ability to determine who the experts will be. “You may be stuck with the people the arbitrator decides to use, whereas in litigation you are in charge of which experts you ask to testify for you.”

The planned tribunal has met with qualified approval from a survey of other lawyers who specialize in art cases. Judith Wallace, a partner in the New York law firm Carter, Ledyard & Milburn, noted that arbitration generally is “faster and cheaper” than going through the trial court system. “It is expensive to take a lawsuit through discovery to trial and an appeal, because the process is so drawn out,” she said. “If the dispute is for less than $500,000, it is difficult to do all of this in a cost-effective way.” Part of what lengthens the legal process, especially in cases involving authenticity, is that “you have to spend a great deal of time educating a judge about art market-specific issues and who the credible experts are.” With the tribunal’s roster of art-knowledgeable arbitrators, there should be “less of a learning curve.”

On the down side, she claimed that arbitrators “are not subject to challenge and reversal for errors of law as courts are, so as a practical matter arbitrators have a certain amount of freedom in how they apply the law.” Some people in a dispute may find an arbitrator’s decision to be incorrect or even capricious, but the state and federal law favor arbitration and foreclose challenges to arbitration results for all but the narrowest of grounds (corruption or fraud in the arbitration, bias by the arbitrator, result violates public policy, manifest disregard of law), making the choice of arbitration more risky.