The Bachelorette’s Becca Kufrin is desperately attempting to find love after having her heart broken by racecar driver Arie Luyendyk Jr. (who is now banned from Minnesota, Kufrin’s home state). Luyendyk, the most vanilla of all bachelors in the show’s the 22nd season, notoriously proposed to Kufrin, only to break up with her on camera for his now-fiancée, Lauren Burnham. This time around, Kufrin’s suitors include multiple male models and former professional athletes.

But because we all know the Bachelor/Bachelorette mansion is really just a farm for Insta-famous zeros, here are the 10 front-runners (out of 28) to follow on Instagram for a potential spoiler alert… or just a look at them before they start shilling SugarBearHair gummies.

One man Bachelor Nation can’t keep up with? Frontrunner Garrett Yrigoyen, who made his page private after former Bachelor contestant Ashley Spivey tweeted screenshots of some of his Instagram likes, which are a triple threat: racist, sexist and homophobic.

It’s time to do the damn thing and hit follow, to see these social media superstars prior to donning DIFF Eyewear.

Nicalek, also known as FIT WITH KAM, is most famous for listing his occupation as Social Media Participant, which rivals past Bachelor and Bachelorette occupations, including Twin, Canadian and Dolphin Lover. The fitness aficionado has already amassed 181K followers, making him the most popular of the contenders.

Christon is one of the many variations of the name this season, as his fellow contestants include Chris and Christian. Coming in hot with 97K followers, Staples mostly posts basketball videos and even dunks over Kufrin on the first night. According to Sports Illustrated, the former Harlem Globetrotter is a “professional dunker.”

He is not to be confused with the other Chris Staples, an indie singer/songwriter, or Chris Stapleton, a country artist.

The long weekend is over but I had a blast to say the least! Refocusing can be the toughest thing because you get in a habit of inconsistency. Your first day back may not be perfect and that's perfectly okay. Small, consistent efforts make massive gains! – I often get the question how I continue to build 4:13 Health and Fitness and construct my day. Again, not every day turns perfect but everyday I do my best to plan in increments and execute on the plan. If you saw my to do list you would be shocked at the small seemingly insignificant tasks on there. So little as, "Make breakfast at xyz o'clock". It makes me feel as if I have accomplished something and builds momentum. – So today and everyday make sure you aren't neglecting the little things that make the difference. Per usual, faith, hard work and determination always win out! 🙌😤 – #SanDiego #FoodForThought #Beach

The bodybuilder and founder of a women’s crop top company (??) boasts 48K followers. Like almost every other competitor, the majority of his Instagram page is devoted to shirtless photos…only his are exclusively at the beach or gym.

Colton Underwood is the football player who dated Olympic gymnast Aly Raisman after he asked her out on video. Underwood was a football player for the Oakland Raiders before an injury, so he already has 45K followers. Raisman has 2.3 million, with Kufrin following behind with 750K, so it’s time for Underwood to step up his game. Rumor has it that Underwood also had a short-lived romance with another Bachelor contestant.

The aspiring actor has an enormous man bun that he takes down on the first night to show off his hair in all its leave-in conditioned glory. But if impeccable grooming isn’t enough to convince you to hit follow, know that he’s also a YouTube star with five (maybe) whole subscribers.

My light, my rock, my CUZ

You might remember Peterson as the banjo player from After the Final Rose. This hipster Californian only has a little over 6K followers, but his count is sure to expand rapidly once he tells Kufrin about how he used to live on a boat. He looks like a rich man’s Wells Adams, and now that Adams is dating Modern Family‘s Sarah Hyland, at least you know Peterson is (most likely) single.

When your shooting a campaign in the islands, and one of your shots involves riding horseback by the Caribbean. I still can’t believe I do this for a living😍😎🎥🌴#malemodel #modeling #paradise #isthisreallife #whatislife #model #work #horsebackriding #Caribbean#hairstyles #shades #sunglasses #fitness#fitnessmotivation #funinthesun #ocean #westindies #cantbelieveit #campaign #shooting #photoshoot #photography#instagood #followers #followme

Jespersen looks like a poor man’s Peter Kraus, gap tooth included. He’s already modeling in Miami and Los Angeles according to his Instagram, so expect him to start #sponcon for FabFitFun boxes any day now. He’s already mastered the required shirtless selfie, and is currently promoting City Mattress, proving he’s here for the right reasons…

Honestly quit looking at my cheeks 🙈🍑

This certified health and wellness trainer and fitness model has his face on Orangetheory Fitness billboards. He’ll be hosting his own workout series, à la Peter, before Kufrin hands out the final rose.

Most importantly, his face looks like a mashup of all future and former contestants. If you’re searching for a thirst trapper to follow this summer, he’s your dude. Approximately 95 percent of his photos are him boating with his bros, although he also takes time to go shooting in the woods and snap bathroom selfies, just like any good Southern boy on Bumble. 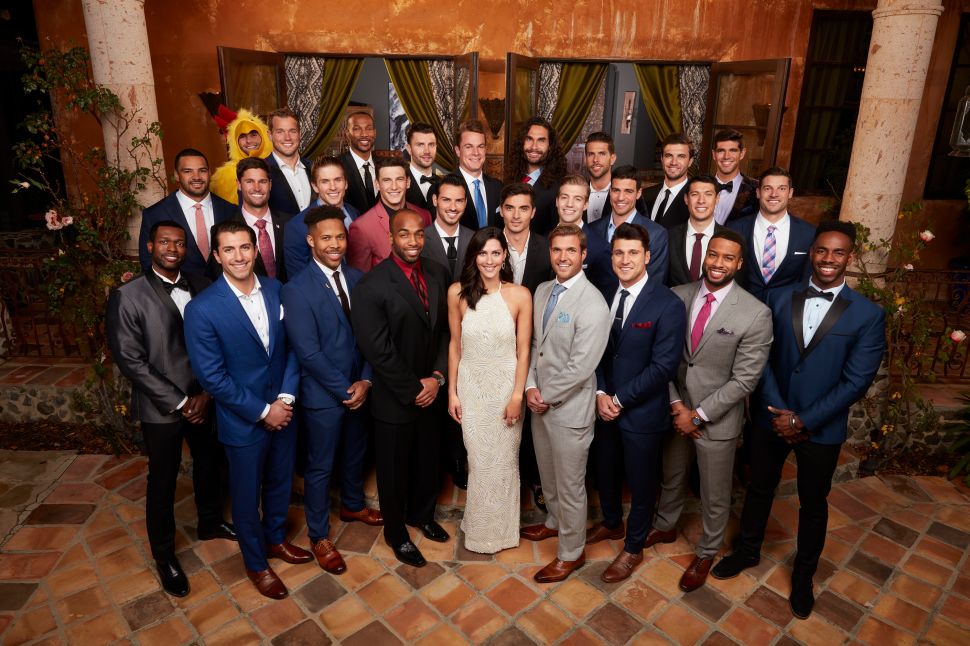