Bill Gates could be gaining a new title soon: the wealthiest homeowner in Illinois. Presently, Citadel hedge funder Ken Griffin has that honor, but Bill and Melinda Gates have now reportedly purchased a house in Chicago. And with the Microsoft founder’s estimated $90 billion fortune, Griffin’s own $9 billion net worth just won’t stand up. Devastating, we know.

The Gateses are the buyers of a 3,000-square-foot abode in the Hyde Park neighborhood, according to the Chicago Tribune. A trust, named St. Union, was used to complete the $1.25 million transaction on April 4, and the philanthropists’ names do not appear on any of the deeds or documents, a few clues point to the couple.

First, attorney Christopher Carletti is shown on the deed as the trustee—he has represented the Gates family with many of their past real estate investments. Then, the actual purchase deed apparently notes that the property tax bills should be sent to a certain office unit in Seattle, which happens to be used solely for the Gates family’s personal business interests.

“I didn’t know anything about the buyer,” Berkshire Hathaway HomeServices Koenig Rubloff broker Shirley Walker, who had the listing for the three-story house, told Observer. “It was a trust. I can’t confirm; there’s nothing I can tell you about the buyer.”

There are plenty of reasons why the Gates family would choose this particular property as opposed to others in the area. The five-bedroom, 4.5-bathroom home is in move-in condition, according to Walker. “It’s totally rebuilt,” Walker explained. “There’s nothing that needs to be done to it. It’s unusual to find a house in new condition like this,” she added. “It has a huge yard, and a very large three-car garage.”

New windows and wood floors are installed throughout the abode, which was originally built in 1902. The kitchen is fitted with quartz countertops, custom cabinets and stainless steel appliances, and an adjacent breakfast area opens to a terrace on the first floor.

The master suite is on the second floor, with its own private balcony.

And while it’s not as though the billionaire needs to concern himself with scoring a discount, Gates did manage to get the house for a bit less than the original $1.35 million price tag. Apparently, the area is better priced than many other Chicago enclaves. “You still get pretty good prices in Hyde Park, considering you get a lot of square footage compared to the rest of the city,” Walker informed Observer.

That’s a change from the Gates’ primary home in Lake Washington. The Medina property is aptly nicknamed Xanadu 2.0, after the fictional home of Citizen Kane title character Charles Foster Kane. Indeed, the 66,000-square-foot megamansion took six years and $60 million to build, and as of 2009, was valued at $147.5 million. 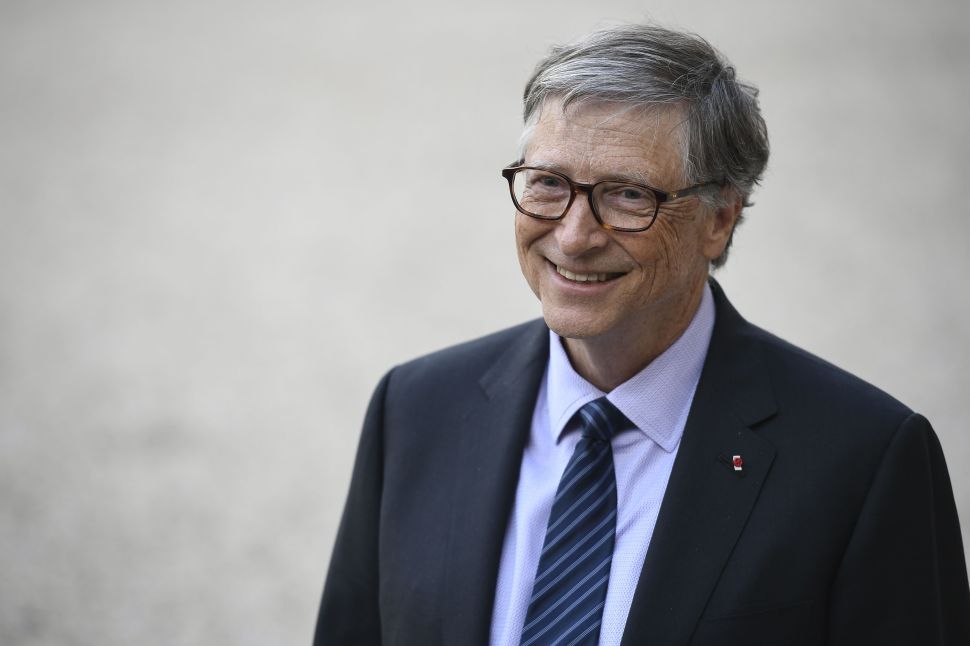