Last week’s Senate vote to restore net neutrality was an important victory for Democrats hoping to ride a midterm election wave to take back control of Congress.

The 52-47 vote, in which three Republican senators joined all 49 Democrats, handed Team Blue a vital talking point they can use to convince skeptical millennials that there is, in fact, noteworthy differences between the two parties.

Don’t get it twisted: despite the Senate vote, net neutrality is finished, at least in the near term. The bill will now go on to the House, where Republicans have a much larger majority than they do in the Senate, making the bill highly unlikely to pass. Even if it did pass in the House, there still will not be enough votes in Congress to overturn President Donald Trump’s probable veto.

But Democrats can make political hay of the vote by pointing out that 100 percent of them—even the ones that Bernie Sanders’ youthful supporters like to decry as corporate shills and sellouts—voted to restore net neutrality, while 94 percent of Republicans voted against it. Those percentages will likely be very similar in the House if House Republicans allow the bill to come up for a vote, which they won’t do if they can help it. Democrats are currently circulating a discharge petition in an attempt to force the bill to the floor and put their Republican foes on record.

No difference between the parties? The hell you say.

It’s crucial for Democrats to make this case, because the younger generations have reached voting age with the attitude that the entire system is broken and both sides are to blame. The millennial generation, which now has tremendous voting power if it ever decides to wield it, is scarcely more fond of Democrats than it is of Republicans. And yet, if Democrats can demonstrate to millennials that they have a reason to vote, Team Blue will benefit substantially. The Pew Research Center has found that millennials prefer to vote for a Democrat for Congress over a Republican by a staggering 62 to 29 percent margin.

The problem, as has long been the case, is getting young people to vote. Historically, they turn out in much smaller numbers, relative to their overall share of the population, as compared to older generations.

That’s why it’s crucial for Democrats to get these young people to turn out, and to do that, they’re going to have to keep demonstrating differences on issues that matter to millennials. Net neutrality is one of those issues, because the younger generation is far more reliant on the internet for news and entertainment than its older counterparts.

While Democrats are surely aware that they cannot get the repeal bill enacted, for reasons noted earlier, they need to keep pounding away at it publicly and loudly. They must repeatedly call out Republicans for refusing to even bring it up for a vote in the House, and if it does finally come to the floor through a discharge petition, they need to keep spreading the word that the GOP voted nearly unanimously to block repeal, while Democrats were solidly behind it.

There is value in continuing to pound away at a bill that isn’t going to become law. House Republicans voted dozens of times to repeal Obamacare, only to see it fail in the Senate. But those efforts sent a message that riled up the Republican base.

Like Republicans, who have been very successful in using apparently futile gestures to motivate their true believers, Democrats must learn the virtues of repeating themselves. They can’t just take one vote and expect everyone to get the message. They need to be out every day emphasizing key points of distinction between themselves and Republicans. Because if the second-largest generation in America doesn’t get the message that there are very notable differences between the two parties, it will continue to sit on the sidelines, and Republicans will continue to over-perform come election time.

Cliston Brown is a communications and government relations executive and political analyst in the San Francisco Bay Area who previously served as director of communications to a longtime Democratic representative in Washington, D.C. 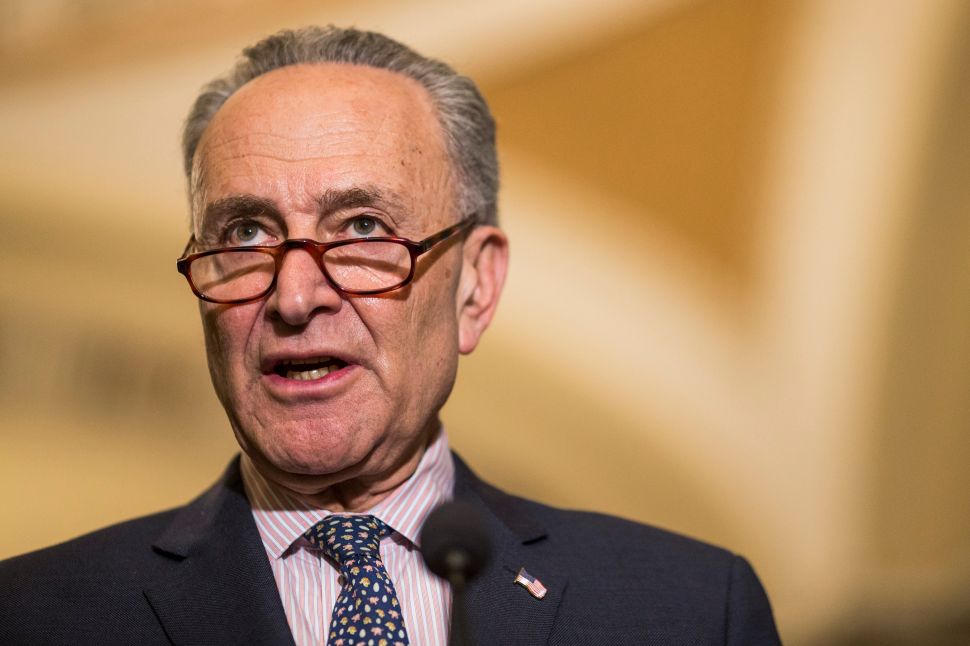