In late 2017, Pixar’s legendary executive and chief creative officer John Lasseter took a leave of absence amid accusations of unwanted hugging and touching. At the time, a Disney spokesperson told Observer:

“We are committed to maintaining an environment in which all employees are respected and empowered to do their best work. We appreciate John’s candor and sincere apology and fully support his sabbatical.”

Now, The Wall Street Journal is reporting that Disney is considering bringing Lasseter “back to the company in a new role that would reduce his managerial power but allow him to retain creative influence.” Officially, his six-month leave ends on May 21.

Representatives for The Walt Disney Company have not yet responded to Observer’s request for comment.

While some employees noted that they were not uncomfortable with Lasseter’s behavior, others, such as young female employees, expressed concern.

At the time, Lasseter released a statement, which included an acknowledgment of his alleged misbehavior:

“I have always wanted our animation studios to be places where creators can explore their vision with the support and collaboration of other gifted animators and storytellers. This kind of creative culture takes constant vigilance to maintain. It’s built on trust and respect, and it becomes fragile if any members of the team don’t feel valued. As a leader, it’s my responsibility to ensure that doesn’t happen; and I now believe I have been falling short in this regard.”

Lasseter helped build Pixar Animation Studios, which is now a major leg of Walt Disney, into the powerhouse it is today. During his time with the company, he helped oversee massively successful projects such as the Toy Story franchise, the Finding Nemo series and the recent Oscar-winning Coco.

However, THR reported back in November that his leave from the company was due to complaints about “grabbing, kissing, making comments about physical attributes” and other behaviors that made his co-workers uneasy.

Employees relayed to The Wall Street Journal that there is lack of clarity about who will lead them moving forward even after the last six months. The situation comes amid the #MeToo movement that has seen several executives taken down for sexual misconduct allegations.

With Disney, Lasseter has been creatively involved in the multi-medium expansion of the studio’s most valuable properties, such as Frozen‘s consumer goods lines and theme park design, per the outlet.

Though widely credited with much of the studio’s animated success over the years, bringing Lasseter back into the fold is a controversial move given the allegations against him and the climate of the industry. No official word has yet been given about his fate. However, given the outlet’s report, it sounds as if Disney would like to retain Lasseter’s creative insight without putting its employees at risk.

The source also noted to WSJ that he could leave entirely or be brought back in his original job.

Lasseter offered creative input into every Pixar/Disney animation film. In his absence, other creatives such as director Andrew Stanton (Wall-E, Finding Dory) have stepped up for future animated features such as Toy Story 4.

Pixar is set to release The Incredibles 2 this summer, and Disney Animation has Ralph Breaks the Internet: Wreck-It-Ralph 2 arriving in November. 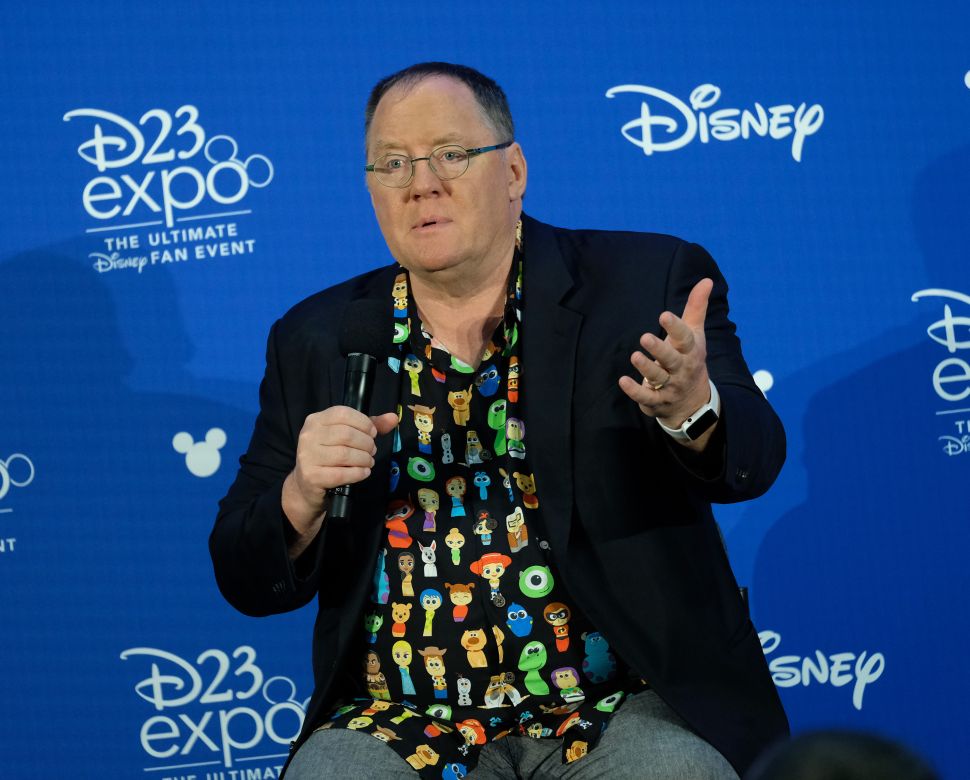