It’s all happening for Donald Glover. The critical acclaim, the mainstream bona fides, the successful expansion of his many, many platforms. He’s become either the old new Kanye or the new old Kanye depending on who you ask these days.

For all of his many recent accomplishments—the stunning This Is America and this month’s Solo: A Star Wars Story—there’s still no argument that his FX series Atlanta is his most impressive. What is most amazing about it is how its zeitgeist-seizing success has absolutely nothing yet everything to do with Donald Glover.

“I didn’t want it to be The Donald Glover Show,” he told Esquire back in June. “I knew that could sell but I was like, ‘It shouldn’t be that.'”

Of the 20 episodes of Atlanta that have aired, Glover’s main character of Earnest “Earn” Marks is essentially absent from seven of them, if you count “FUBU,” which featured a younger version of the character.

Though Glover is a good actor, when his character is present, he’s rarely the most interesting on screen. Rather than push himself to the forefront of his own show—a completely normal thing to do in this case that would better serve the ratings—he has allowed others to shine in his absence.

Brian Tyree Henry and Lakeith Stanfield are the undisputed standouts of Atlanta. Henry’s Paper Boi has quietly become the beating heart of the show, infusing this season with a sense of real pain. Dread has loomed large over season two, known as Robbin’ Season, and Henry has served as the on-screen surrogate for that encroaching fear. His recent work in “Barbershop” and “Woods” has been particularly excellent.

Stanfield continues to be the most-watchable young actor working today. “Teddy Perkins” should go down as one of the most memorable half hours of television ever, a tight and unsettling story of manifested abuse that works mostly because of Stanfield’s quiet approach. Stick Earn or Al in that scenario and it plays out much, much differently; the balance of energy is shifted and everyone mocks the experimental episode as Get Out-lite.

What Glover finds important is the story—and not his story necessarily.

With Atlanta, he’s never pushing anything out there that services Donald Glover or his rapping alter-ego Childish Gambino. He’s always working for something more real, something that connects with his target audience and highlights an unknown world to everyone else. And since it all works so well, it makes his own self-comparisons to Jesus just a tad more tolerable.

In the real world, he’s a blazing star; in Atlanta, he’s a perfectly utilized utility player.

There’s a pervading message to Atlanta: What is it like to be in a predominantly black city? From that angle, it’s like Glover sees himself as more of a link between the black community and the rest of the world, so he steps aside to let that story be told. Earn is present, but he isn’t essential. Nothing ever feels wasted or purposeless on screen; there’s no filler or fluff. He doesn’t put things out into the world for no reason, he only makes things he thinks the world needs.

“For black people, Atlanta provides the catharsis of ‘Finally, some elevated black shit,'” Get Out writer/director Jordan Peele said.

Of course the main character is a monumentally important element of that equation, but Atlanta‘s best skill is not needing its star player to dunk on the rest of Peak TV. 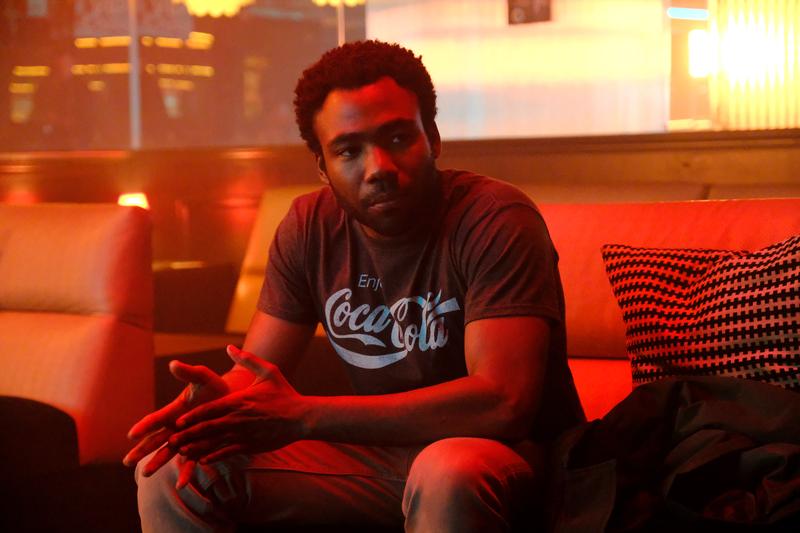