The Mayor’s Office of Immigrant Affairs (MOIA) used U.S. Immigration and Customs Enforcement (ICE) data to analyze arrests and removals of undocumented immigrants, comparing the period after President Donald Trump’s inauguration through the end of federal fiscal year 2017 (February 2017 to September 2017) to the same time period in federal fiscal year 2016 (February 2016 to September 2016).

During that time, immigration enforcement efforts skyrocketed nationwide and in the New York City area of responsibility (AOR), which is defined as the five boroughs plus Duchess, Nassau, Putnam, Suffolk, Sullivan, Orange, Rockland, Ulster and Westchester counties, according to ICE data.

“ICE has quickly adjusted to the President’s Executive Order 13768, which largely abandoned any enforcement priorities, by arresting and deporting a greater number of immigrants who pose no threat to public safety,” the agency stated in a fact sheet released late Wednesday afternoon. “The new enforcement environment has led to an increased use of detention and a greater number of immigrants facing deportation in New York City.”

The non-criminal arrests rose by 225 percent during the eight-month period immediately following Trump’s inauguration, compared to a 67 percent increase during the same period in the previous year.

Nationally, the number of non-criminal arrests went up by 181 percent in the eight months after Trump’s inauguration, while the number of total nationwide arrests soared by 43 percent.

Non-criminal arrests during that time period accounted for a considerably larger portion of overall arrests—both nationwide and in New York City, according to Mayor Bill de Blasio’s administration.

The city also found that ICE increased its total removals by more than 100 percent as well as its removal of immigrants with no prior criminal convictions by more than 150 percent in the NYC AOR.

ICE increased its total removals in the NYC AOR by 109 percent and its removal of immigrants without criminal convictions by 155 percent during federal FY2017—the eight-month period after Trump’s inauguration—compared to the same period in federal FY2016.

The substantial increase in removals of immigrants who do not have criminal convictions is consistent with the nationwide trend over the full federal fiscal year, MOIA said.

MOIA said increased ICE enforcement is leading to an increased use of detention for vulnerable populations, including unaccompanied minors, and an enormous backlog of immigration removal cases in immigration courts in the city and across the country.

The national backlog of immigration cases through March is at more than  692,000. In New York City, the backlog is more than 90,000 cases. 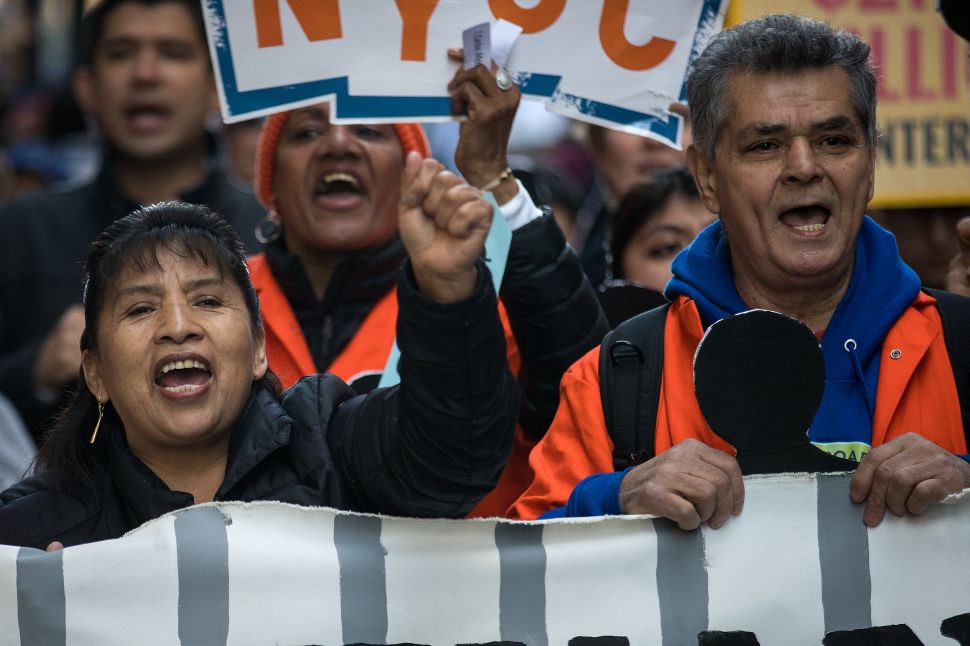