Though we may have officially entered the era of Trump fatigue, there’s no denying that his presence still looms large over media and entertainment. Saturday Night Live continues to lampoon the Commander in Chief via Alec Baldwin’s Emmy-winning impersonation; Fox News remains the No. 1 most-watched cable news offering; and Stephen Colbert has turned Trump-Hunting into a full-time gig.

With so much focus on the polarizing president, it’s only a matter of time until Hollywood develops a biopic on him (The Big Short director is delivering a Dick Cheney movie later this year and he isn’t half as interesting). When that time comes, who should play the billionaire businessman?

Depp has actually already portrayed POTUS in Funny or Die’s Donald Trump’s The Art of the Deal: The Movie. That experiment was… interesting to say the least.

No, the actor doesn’t look or sound anything like the puffy 6-foot-3, 240-pound Trump, but this is Hollywood. If Robert Downey Jr. can play Charlie Chaplin, than anything is possible.

The real reason Depp may be perfect for the role is that he is increasingly becoming just as much of a lightning rod.

Despite mounting arguments as to why Warner Bros. should replace Depp in the Fantastic Beasts franchise following domestic abuse claims from ex-wife Amber Heard, J.K. Rowling and director David Yates are all standing by him.

The pot must be stirred, I guess.

On Thursday, Deadline reported that Leonardo DiCaprio and Steven Spielberg may be joining forces for an epic biopic of Ulysses S. Grant, continuing the actor’s never-ending quest to play every interesting man in the history of both men and interesting-ness.

To date, DiCaprio has starred in a whopping eight films that were inspired by real-life figures, and that doesn’t even include the upcoming Theodore Roosevelt project he has in the works with Martin Scorsese. We all know Leo likes to go after juicy Oscar-friendly roles and, when all else fails, will eat raw bison liver to get that gold statue.

What better way to angle for his second Academy Award than for the liberal DiCaprio to throw off the shackles of political allegiance and play arguably the most divisive United States president of all time? Critics will eat it up.

Jon Voight is an actual Donald Trump supporter who has remained steadfast in his outspoken endorsment of 45, while the majority of Hollywood has lined up against the current administration. Given that, he might actually shoot for a more sympathetic and earnest portrayal or Trump.

The guy is an Oscar-winner after all.

Plus, Voight (79) is the closest in age to Trump (71) of anyone on this list, giving this choice a bit more of a genuine feel. Those decades are hard to add through prosthetics, just ask Leo about his experience on J. Edgar.

Speaking of which, maybe Clint Eastwood is already cooking something up with Voight for a Trump flick right at this very moment? 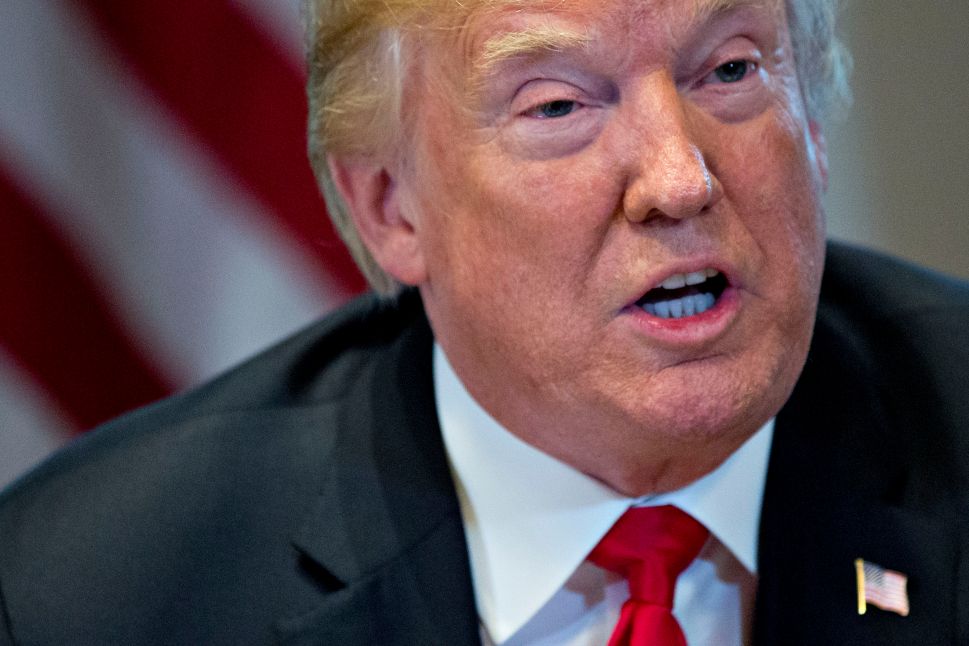