We are living in divisive times. Politics have fragmented this great nation, social issues have split us up into disconnected segments and even popular entertainment has us drawing battle lines as opposing factions take sides.

But you know what the one thing that brings us all together is? Dwayne “The Rock” Johnson.

The age of the Movie Star is over; no longer can a single name guarantee butts in theater seats every time out. Hollywood has transitioned away from the star-driven model of movie-making to one built around familiar name brand properties. Yet Johnson remains a cut above Tinseltown’s other A-listers as someone who can consistently unify audiences. In an age where we fight viciously over a Star Wars movie, that’s a rare quality that should be celebrated.

Back in March, I brought attention to Johnson’s impressive box office consistency on Twitter with a stat that caught the star’s eye. What resulted is a perfect example of how entertainment can bring people together in both the macro and the micro.

Never in a million years did I think Johnson would actually see that tweet, but I filed his response away just in case Rampage hit that benchmark.

Johnson makes movies that are meant to be movies, and by that I mean, he throws everything out there in an effort to simply entertain. I love films like Moonlight that provide audiences with a beautiful character study about pain and how The Shape of celebrates society’s marginalized and the sheer visual mastery of Dunkirk .

But sometimes I want to go to the theater and just have fun, which is exactly what Johnson’s movies provide in spades. They are big and loud and supremely enjoyable, a throwback to the action-heavy golden age of the 1980s where shit blew up and the good guy saved the day. Moana, Jumanji: Welcome to the Jungle, Rampage, they’re all reminders that movies are still allowed to be fun.

And it seems like the rest of the world agrees, which is no small feat these days.

Fast forward to Rampage‘s second week in theaters, and I came around to collect my winnings.

Shit. 😂 Alright I’m good on my word. Someone from my team will connect with you and as promised, tequila on me. And hey, this is my kinda bet where there are truly no losers lol
👊🏾🥃 https://t.co/sl9jFOJ1jE

On Tuesday, I came home from work to find a note that my package was available for pick-up. Blinded by excitement, I took off without thinking, only realizing once I got there that I needed an official document with a matching address to retrieve my package. I have an official New York state ID, but it has a different address than my current residence, meaning I couldn’t walk out with that sweet, sweet bottle of tequila under my arm.

But here’s where The Rock’s uncanny ability to bring people together on a small scale plays a role as the employee I spoke to held a similar affinity for the Hollywood heavyweight and took pity on me. This is loosely how the conversation went:

Me: Hey do you know who Dwayne Johnson is? The Rock?
Employee: Do I know who the biggest movie star in the world is?
Me: Yeah, well, this package was actually sent by him. I’m an entertainment reporter. We kind of made a bet on Twitter.
Employee: (Skeptically) You’re telling me that the biggest movie star in the world is sending you packages?
Me:…Yeah. Here are the screenshots of our conversation.
Employee: (Studies phone) Holy shit, that’s the mother fucking Rock!
Me: Yep
Employee:…Let me go find that package. Rampage was awesome.

We bonded over a celebrity neither of us had ever met, which led to this employee doing me a solid. There’s just not a lot of people in Hollywood who would have inspired the same reaction.

Unsurprisingly, @TheRock is a man of his word. Cheers 🥃 pic.twitter.com/GgOUNloCOU

2018 is a weird year: Facebook is hacking us, the Kremlin is dropping bombshells on the White House and we’ve reached a point where we actively don’t want another album from Kanye West.

In all this tumultuous turmoil, one of the few things we can all agree on is that a Friday night spent seeing a Dwayne Johnson movie is not a bad use of our time.

And that’s pretty damn amazing if you ask me. 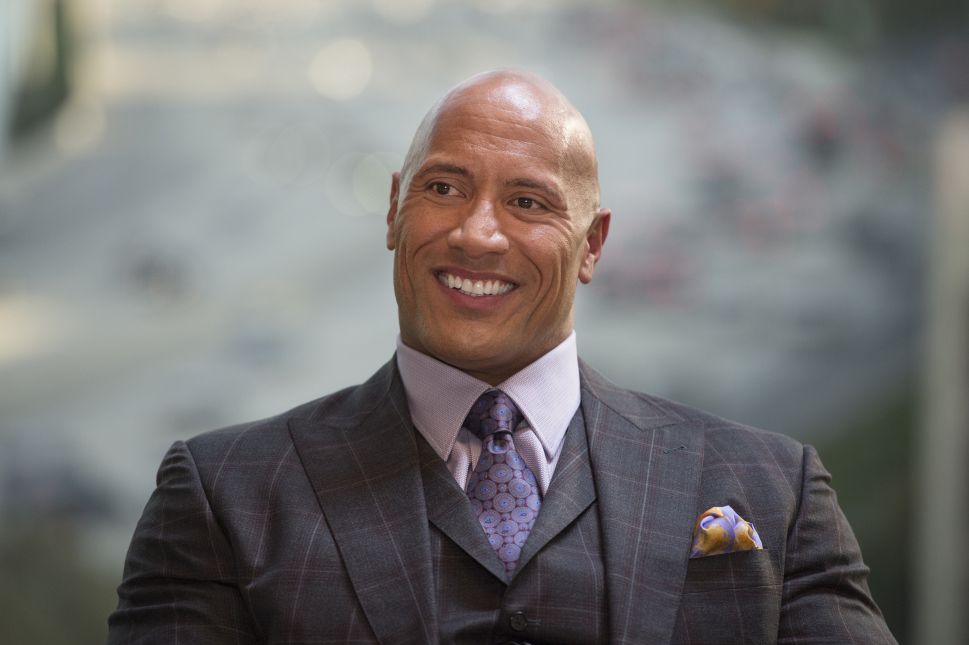