Leave it to Elon Musk to have the nerdiest love story ever.

The 46-year-old tech magnate and 29-year-old Canadian musician Grimes made their public debut as a couple at this week’s Met Gala.

Their relationship, like many modern courtships, began on Twitter. But the post wasn’t a viral meme or a cute dog photo—it was a joke about artificial intelligence.

Last month, Musk was pondering Roko’s Basilisk, a thought experiment which considers the possibility of a future world where AI rules everything and can punish those who don’t help it thrive.

A user named Roko first posted the idea in 2010 on a blog called LessWrong, which focuses on the future of humanity.

“Listen to me very closely, you idiot,” he wrote. “You have to be really clever to come up with a genuinely dangerous thought. I am disheartened that people can be clever enough to do that and not clever enough to do the obvious thing and KEEP THEIR IDIOT MOUTHS SHUT about it, because it is much more important to sound intelligent when talking to your friends. This post was STUPID.”

Yudkowsky told Observer in 2012 that the basilisk post was “a danger to susceptible minds.”

And since basilisks are an integral part of the Harry Potter universe, Yudkowsky countered Roko’s theory with a story called Harry Potter and the Methods of Rationality.

In this version of the story, Petunia Dursley marries a scientist, and Harry “enters the wizarding world armed with Enlightenment ideals and the experimental spirit.”

The basilisk theory ended up reappearing on LessWrong in 2015, so users could ponder all of its weird and terrifying implications.

But what does all of this have to do with Musk?

Well, he wanted to tweet a pun comparing Roko’s Basilisk to Rococo, an ornate French 18th century baroque architectural style. In his mind, both concepts were complex, extreme and ridiculous.

That may sound like a needlessly complicated attempt at wonky humor, but it turns out Grimes had thought of the joke first.

In 2015, she included a character named Rococo Basilisk in the video for her song “Flesh Without Blood.”

“She’s doomed to be eternally tortured by an artificial intelligence, but she’s also kind of like Marie Antoinette,” Grimes told Fuse when describing the character.

When Musk realized Grimes was also making fun of AI—and thus had beaten him at his own game—he reached out.

He made the romance official on Monday by tweeting out the phrase “Rococo Basilisk” and a link to the Rococo Wikipedia page.

After the Met gala, Musk shared a Vogue Instagram video, which showed him posing flirtily and dancing with Grimes. He included the caption “Night at the museum. G has mad skillzz. Me not so much.”

Musk has often warned of an AI apocalypse, calling the technology “far more dangerous than nukes.”

But it looks like not even an AI-powered nuke could quench the flame of Musk’s love. 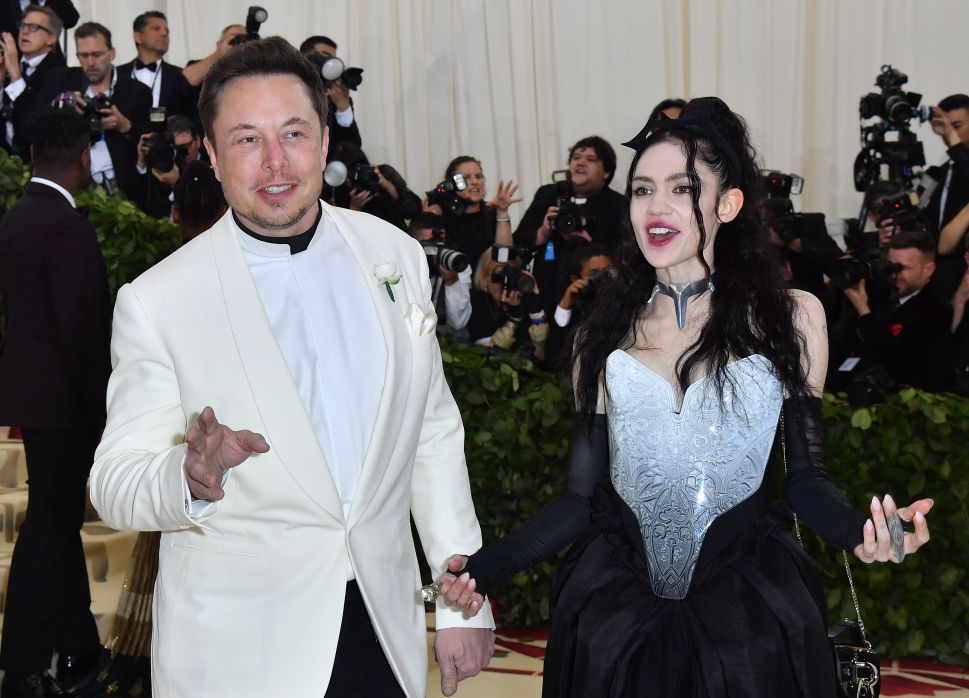